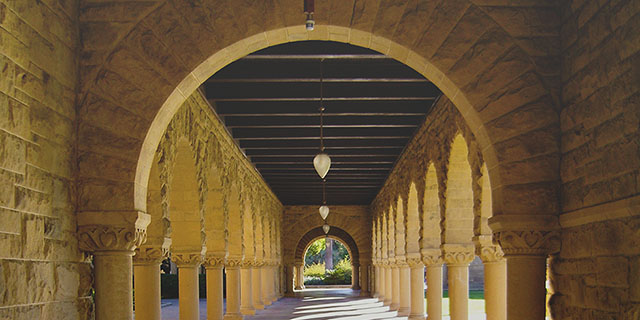 It's the beginning of January and high school seniors everywhere are likely preparing their final college applications. While it may still be too early for some to truly consider entrepreneurship as a serious course of study, it'd be helpful for students to know whether the colleges to which they're applying have great track records with producing successful entrepreneurs. We've looked at rankings of colleges previously, with the likes of Babson College and Harvard Business School being considered the top undergraduate and graduate colleges respectively for entrepreneurship studies; however, we haven't looked specifically at the extent to which the entrepreneurs produced at such institutions have succeeded. PitchBook, a leading research firm for private equity and venture capital, has produced a report looking at the 50 top colleges that are creating the most VC-backed entrepreneurs.

It's the second report from PitchBook – the first was released last year and became a huge hit – and looks at the educational backgrounds of more than 13,000 startup founders across the globe. Using data on founders, looking specifically at whether they received VC funding between 2009 and July 2014 and from which undergraduate program they graduated, the report by PitchBook ranks the top colleges from around the world that are successfully producing VC-backed entrepreneurs.

Looking at the rankings, both Stanford University and the University of California-Berkeley rank first and second place. This is unsurprising considering both institutions' proximity to Silicon Valley and the capital it holds. One surprise addition to the top ten spots on this list of top colleges is Tel Aviv University, which, according to PitchBook was not on last year's report. Take a look at the top college programs creating VC-backed entrepreneurs. You can request the full report from PitchBook, which also includes ranking on top MBA programs and global programs. 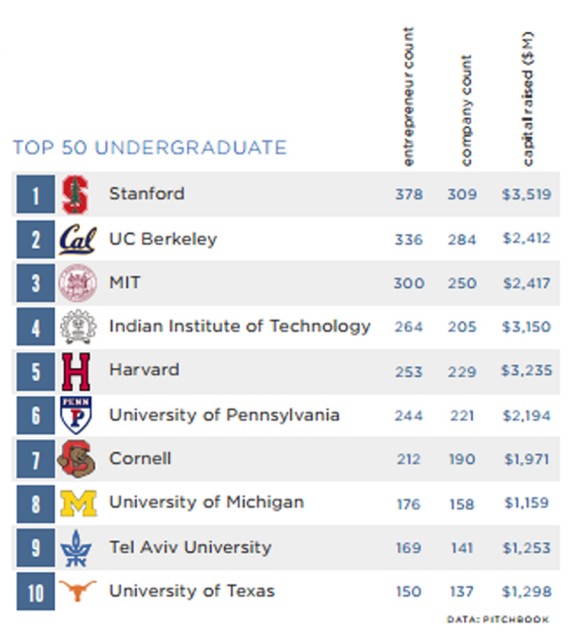 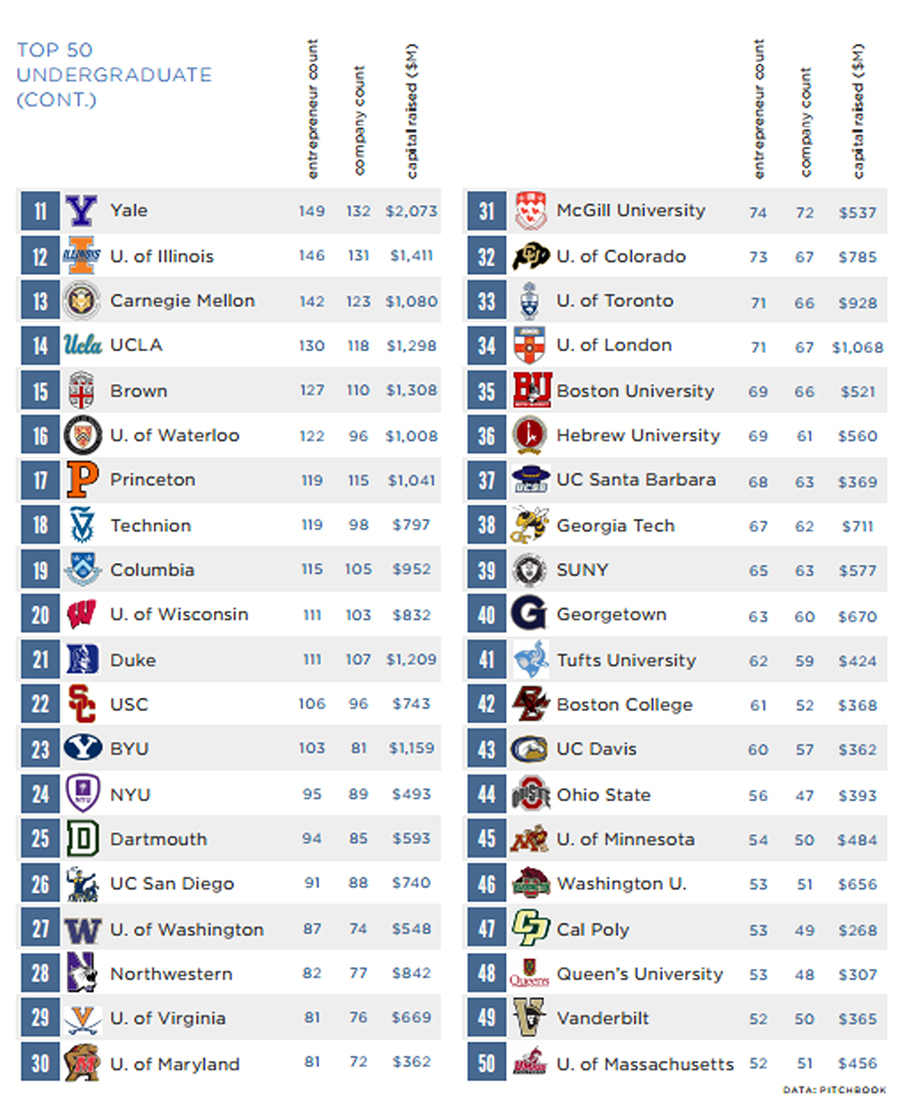