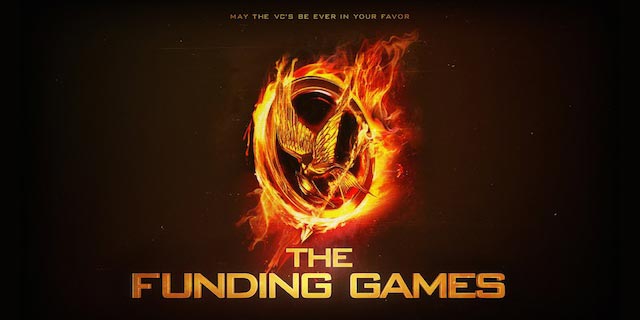 500 Startups announced their next class of 27 startups this morning from around the world.  The 4th Annual Funding Games includes a few DC startups (go home team!), as well as a few we have covered before here at Tech Cocktail.  Here’s a rundown on who’s who and what’s what:

ActivityHero: Yelp for kids activities founded by Chandini Ammineni, Shilpa Dalmia, and Peggy Chang who are based out of Hacker Dojo in the Valley.

Bombfell: A monthly subscription for men’s clothing built to enable guys who lack time or don’t know what to buy to dress well.  Founded by Jason Kim and Bernie Yoo in the Bay Area.

Chalkable: A NYC-based app store for school and a platform to make those apps work.  Founded by Michael Levy and Zoli Honig.

Groupiter: Founder Chris Dyball created this platform that lets you add group conversations to the files you share on Dropbox.  Based in San Francisco.

Happy Inspector: Property inspection app for the iPad that was founded by Jindou Lee, Andrew Mackenzie-Ross, and Philip Mayes in Australia.

Monogram: Flipboard for fashion that’s like having a personal shopper on your iPad. Based in Seattle and China and founded by non-related friends Leo Chen and Josh Chen.

PocketOffice: A San Francisco startup that wants to make it fun and easy to grow your small business from your smartphone.  Founded by Alan Wells  and Glenn Allen.

Reclip.It: A social catalog for coupon and deal lovers founded by Cheryl Yeoh and Jhony Fung in New York City.

Storypanda: A next-gen interactive iPad that bring families together around reading. Founded by James Chutter and Pavel Bains in Vancouver.

Teamly: Founded in the UK and by founders from Scotland, England and California (Scott Allison, Matthew Berman and Edward Robertshaw), Teamly helps you stayed focused, collaborate better, and celebrate your achievements at work.

TeliportMe: The Streetview for every place was founded in Bangalore, India by Vineet Devaiah and Abhinav Asthana.

TenderTree: San Francisco-based startup that helps families find a caregiver for the elderly or disabled.  Founded by Andy Agrawal and Dana Wu.

Timbuktu Labs: Founded by Elena Favilli and Francesca Cavallo in Italy, it is the iPad magazine for you and your children.

TwitMusic: Musicians can effectively share and promote their music on Twitter using this Manila, Philippines-based platform developed by Stefano Fazzini and Christian Fazzini.

Uscoop: A social commerce platform for preps that aggregate small and large all-American brands. Founded in the very preppy city of DC by Jocelyn Gailliot, Madeline Moore, and September Rinnier.

Wanderable: A honeymoon registry for couples who want experiences, not stuff.  Founded by Marcela Miyazawa and Jenny Chen in Santiago, Chile and Dallas.

Yogome: Fun and educational games for kids ages 6 – 12 on the iPhone and iPad developed by Manolo Diaz and Alberto Colin in San Luis Potosi, Mexico.