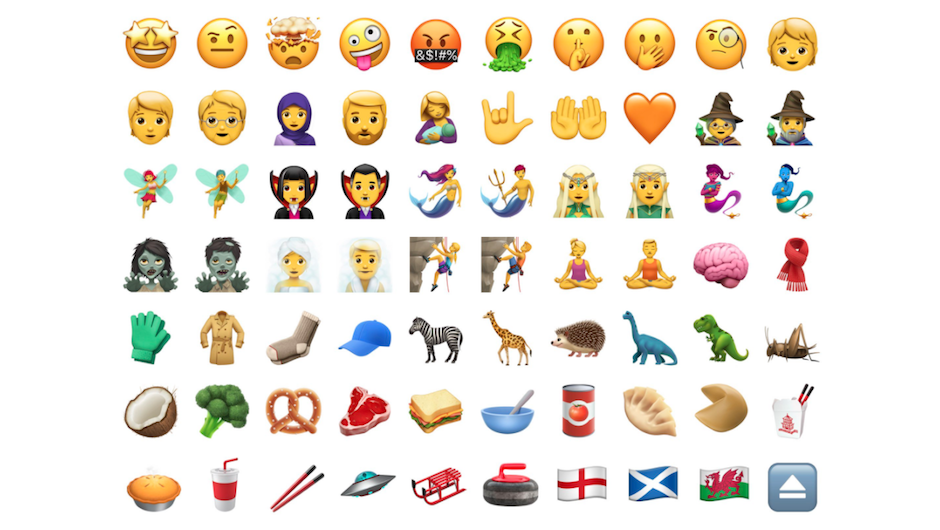 This week there was quite the debate raging about the way that the cheeseburger emoji was portrayed on the various platforms. If you don't know what I'm referring to that's ok, you're probably living a more interesting life than most of America. But to add more cheese to the proverbial burger, today there is more exciting emoji news as can now update your Apple device to iOS 11.1. With the iOS 11.1 update there are 69 new emoji's with multiple skin tones and genders totaling 239 new emojis. That's 239 new ways to communicate with others over text message further limiting our communications to shorter digital hieroglyphics. We'd love to get your take on some of the new emoji's by taking a few of simple polls (below).

Which new creature emoji do you like the best?

Just in time for Halloween you can now drop a zombie, elf, or wizard emoji in multiple skin tones and genders – which supernatural emoji do you like the best?

You can download iOS 11 today and start sending your the new emoji's. Keep in mind, if you send a new emoji to someone who doesn't have the latest iOS they won't see your new emoji yet and may not understand what you're sending.

Read more about Apple on TechCo