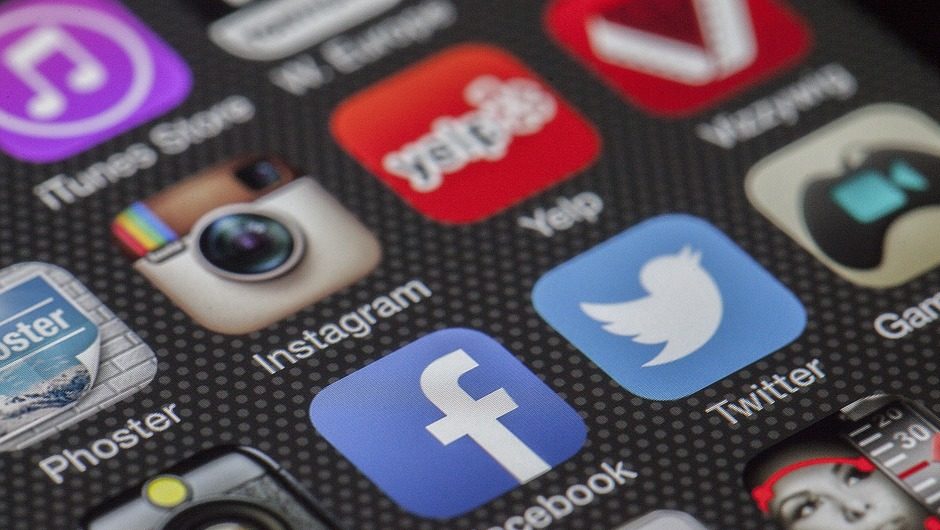 Social media plays a pretty big role in the business world today. While it started off as nothing more than a simple website designed to connect people a little more, it has transformed into a network of platforms that make connection with people on the other side of the world easier than saying hi to your actual neighbor. But which of these platforms is the most popular around the world? The answer may surprise you… just kidding, it's Facebook.

According to data compiled by social media strategist Vincenzo Cosenza, social media networks are have varying levels of popularity in different countries. After doing research into 149 countries around the world, he was able to develop a comprehensive map showing the most popular social media platforms around the globe. And while its uniform victory is far from complete, the big blue F still reigns supreme in most of the world, with two billion global monthly users. 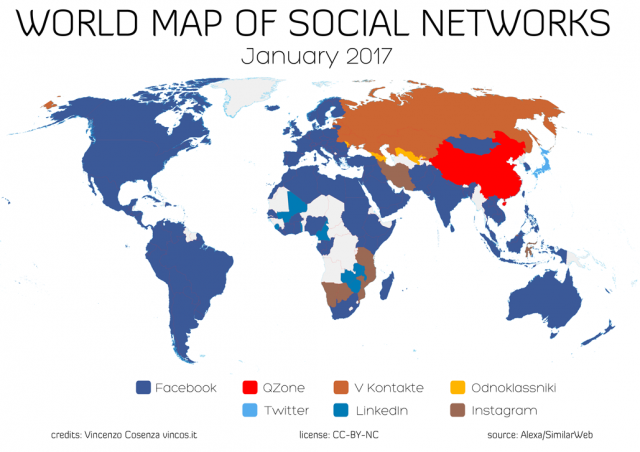 The map, while decided dark blue, has a few key takeaways that don't involve Mark Zuckerberg's greatest achievement. For one, Japan is the only country in the entire world that loves Twitter more than any other platform. Similarly Russia's love affair with V Kontakte has kept them happy, while QZone has done the same for China. It's also worth noting that nine African countries preferred LinkedIn over everyone else, which makes sense considering the economic boom happening around the continent.

As for who came in second place, Cosenza compiled another map to keep track of the silver medalists in countries around the world. This map shows Twitter and Instagram much more prominently displayed, and Reddit making an appearance in five nations. 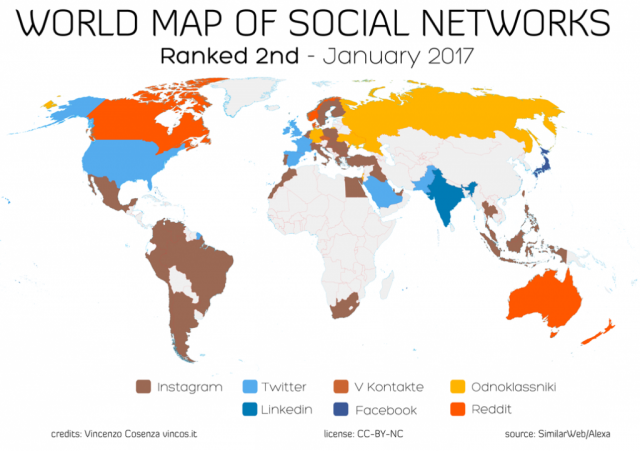 While finding out which social media platforms are the most popular is a fun game, the truly interesting takeaway from this study is the fact that 149 countries around the world have first and second favorite social media platform. Although, with Facebook reaching 2 billion monthly users, social media has officially become bigger than sliced bread.