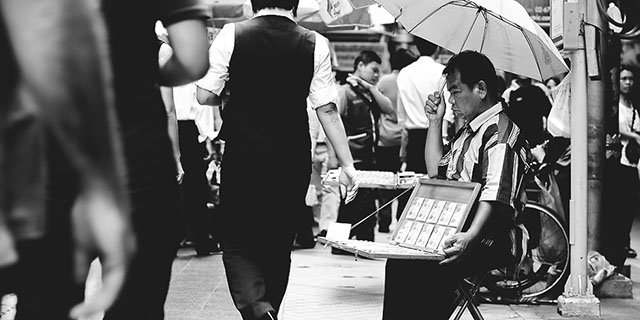 Tech.Co is proud to present this exciting news from our partner, .CO.

For the first time ever, the .CO domain registry is auctioning off the registration rights to the single number domain name 8.co.  From now until February 9th, you can place your bids on what may just be the luckiest domain on the Web. According to .CO, it has teamed up with Heritage Auctions, the Dallas, Texas based auctioneer (which claims to be the largest auction house founded in America) to auction off the domain “8.c0”.

While it may seem weird to have a such a short domain, the highest bid for the 8.co domain may eventually surprise us. Aside from the benefits of length (such as easy memorization), 8.co has with it other inherent properties. Most significantly, the domain's arguably most unique trait is its association with the infinity symbol (the symbol itself essentially a mere horizontal replication of the number “8”). For a company or a brand, such flexibility of a domain's public association can easily translate into, ahem, infinite possibilities – whether that's in the form of branding on the overall company-level or on a a smaller campaign-level.

On a more rudimentary level, though, the 8.co domain benefits from its overall connection to intangible concepts founded on human beliefs. In Chinese culture, for instance, numbers hold huge significance – with the number 8 considered to be the luckiest of them all. Numbers play such a significant role, in fact, that numbers are used predominantly in domains of Chinese businesses, which associate numbers (and combinations of numbers) with homophones connected to other words representing basic concepts. For instance, as this Quora post points out, the numbers 5 and 1 are pronounced “wu” and “yao” in Chinese. When put together (i.e. 51), the combination creates “wuyao” – which sounds familiarly like the Chinese equivalent of “I want” (“wo yao”). The number 8 itself is associated with the Chinese equivalent of “prosper” or “wealth”, making a domain like 8.co one of the luckiest on the Internet.

To add to the long string of “lucky” associations for the 8.co domain, the winning bidder will never have to worry about competing with the owner of 8.com for online traffic and mindshare. That’s because ICANN (the non-profit organization that governs the global Internet) has restricted the sale of 8.com – making the name unavailable for registration.

And it may just be the case that 8.co domain will end up in the hands of a Chinese company, especially when you take into consideration the size of the Chinese domain market and the demand for numerical domains. Earlier this week, we noted Beijing's prominence in the realm of billion-dollar startups. When these two factors are coupled with .CO's popularity as a domain within the larger tech ecosystem, it should come to no surprise if (and when) some of the bids for 8.co come from China.

The winner of the 8.co auction will join the ranks of other Internet heavy hitters who have already nabbed coveted single character .CO domain names, like Google (with g.co), Twitter (with t.co), Amazon (with a.co) and Overstock (with o.co) – some of whom have reportedly paid well over a million dollars for the privilege of owning the web’s shortest and most coveted .co domain names.

Bidding for 8.co is happening now, and will last until February 9, 2015. If you're interested on placing a bid on the luckiest domain on the Web, then visit the 8.co auction page on Heritage Auctions – or join the auction live at 11:00 am EST on February 9th in New York City at the Waldorf Astoria Hotel. You can get all the auction details here. Good luck!