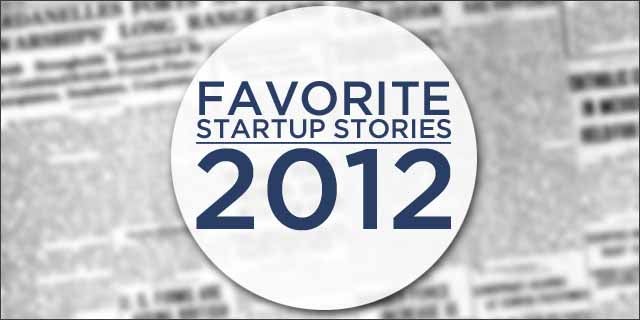 A new year, a clean slate.  For many, January 1st symbolizes a reset button- an opportunity to let go of the past and focus on what lies ahead.  But before turning all of our attention to 2013, we wanted to reflect on the good to come about in 2012.

We asked a handful of entrepreneurs to share their favorite stories from the past 365 days.  Their responses are below.

Adobe recently acquired Behance, the top network for creative professionals to showcase and discover work. Behance's unique approach to creating community between designers globally, as well as creating thought leadership through it's 99% think tank has generated serious value for the New York City startup community.  I'm excited about this because the people who started and continue to run Behance have been so proactive in supporting and growing the New York City startup community.  They create real market value, and I can't think of many other teams who deserve such a great gift to end out 2012.

Marissa Mayer being elevated to CEO of Yahoo was, by far, my favorite story of 2012. I'm a sucker for comeback stories. We don't have enough women at the top positions in business. She also simply deserves this shot. Good luck, Marissa.

Bootstrap Everywhere (aka You Don't Need a Designer to Start a Startup!)

Twitter's Bootstrap is a CSS library that you can easily drop into a new website you're building. In 2012 it became one of the most frequently used ways to get a website or mobile app up and running quickly. The good news: if you're startup doesn't have a designer, your MVP won't look horrible!

Great design will always be an art, but bootstrap gives you some lines to colour between.

Tesla has first positive cash-flow month thanks to Model S

With all the promise of clean power/fuel for years, this is the first indication that anything is actually working. Hopefully this spurs others to start in the industry as it's been seen as the ugly duckling for a long time.

Kansas City has exploded on the national startup scene thanks to Kansas City Startup Village which is taking advantage of a once in a life time opportunity, Google Fiber.  This grassroots initiative has already brought together nearly 20 startups on the Missouri / Kansas border and is already changing the national perception of Kansas City from a cowtown in flyover country to a true tech and startup destination.

With so many radical changes happening in software industry in 2012, it feels that everyone switched to the ever-fluid startup modus operandi. Even mega-software shops driven by desire to become more agile have to learn the startup rules. With the main rule being that 99% of startups fail, I am looking forward to a more equal playing field.

Perhaps the most fascinating company to emerge in 2012 is CoinBase. CoinBase breaks out of the “yet another app” mold, seeking to become gold standard for BitCoin transactions. BitCoin is a revolutionary next generation digital currency which first blasted onto the internet in 2009, and has the potential to redefine how we think about money. While there have been some major hurdles to BitCoin adoption, CoinBase has the oppurtunity to put it on the fast-track to legitimacy as the de facto international currency.

A simple app, initially on iOS, that focused on design and simplicity created a viral network effect unseen since Facebook early years. It showed that execution and simple user interfaces can be key to a product, especially in a market oversaturated like the photo-sharing one.

Associated with that, loved the fact that after it sold to Facebook, Kevin Systrom and his team simply grabbed Deadmau5 and Avicii and headed out to Vegas. Guess it was time to play the roulette also.