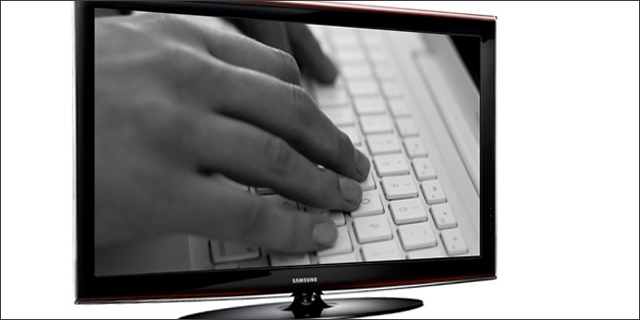 Psst. Are you start-up on a limited budget that doesn't allow you to splurge on PR? Here's a secret: You can do the PR yourself!

Indeed, if you can woo a venture capitalist, you can woo a blogger. After all, bloggers are just people—susceptible to the same charm-and-disarm techniques that underlie all human relationships.

Yet while bloggers are members of the media, they require special tending. Neither straight reporters nor pure pundits, the blogger is a hybrid creature who observes his own rules.

For example, you wouldn’t pitch the Joe Fridays at NYTimes.com, whose practices would make the Columbia School of Journalism proud, the same way you’d pitch the wits at Gawker Media, who aspire to an “angry-creative-underclass voice.” Instead, in order to get the results you want, it behooves you to treat bloggers on their terms, not your own.

Here are nine of these terms—with the caveat that only after you know the rules is it ok to break them.

1. Write As if Your E-mail Will Be Published

Think of this as Joe Kennedy 101. The patriarch of the Kennedy family famously advised his children not to write “anything down that you wouldn’t want published on the front page of the New York Times.”

Think of this as Psychology 101. Like most things in life, blogger engagement is built on relationships. And relationships that flourish tend to derive from common interests. As Lisa Barone, of Outspoken Media, advises:

Snuggle me a little. You know you’re sending the same e-mail to 20 people. I know you’re sending the same e-mail to 20 people. But sometimes you gotta fake it to make me feel special and pretty … Woo me … Talk about how you grew up in the same hometown (only if you did). Comment on a post I wrote that gave you a bad case of the giggles, or how you think my Twitter feed should come with an NC-17 rating … I’ll be a lot more receptive once you’ve stroked my ego.

In other words, your initial message is your opportunity to demonstrate that you’ve done more than copy and paste the blogger’s name and e-mail address. Show that you’ve taken the time to learn about them and are familiar with their work. Show that you’re someone worth engaging with.

A related point: Blogging is a personal and relational medium, so only send e-mail blasts when you must. Ask yourself: Do you treat messages in which you’re cc'd differently from those in which you’re the only recipient?

Think of this as Public Relations 101. The secret to PR: Make the blogger feel like you’re doing him a favor rather than asking for one yourself. Explain why the blogger should care about what you’re throwing him.

Think of this as Showmanship 101. If you aren’t jumping for joy about what you’re pitching, your recipient won’t be either. Enthusiasm is contagious. Spread it around.

Think of this as Communications 101. Whereas hacks have long relied on flacks, bloggers, especially in tier one, tend to look at PR people askance. As Nick Denton, founder of Gawker Media, puts it, “Our sites are allergic to corporate boilerplate.”

This is understandable. For one, while it’s common to spam a hundred reporters with a press release, bloggers loathe releases. Instead, omit the manufactured quotes and summarize the key points—maybe in bullets for easy reading.

We live in an era of texts and tweets. According to blogger Brian Solis, “The escalator is the new elevator when it comes to pitching.” To wit: You now need to be both succinct and brief. This means resisting the urge to cram everything into a single message.

Instead, use links generously rather than attachments. Your goal is to whet your blogger’s appetite, to spur an ongoing conversation, rather than a once-and-done correspondence.

Think of this as Sales 101. Before you close the deal, you need to make it clear what the deal is. In the same way, don’t forget to tell your blogger why you’re e-mailing him.

If you’re looking for him to write something, say so. If you’re just introducing yourself or asking for feedback, say that. Be explicit without being Donald Trump.

Think of this as Marketing 101. Most people devote all their energy to crafting a compelling pitch, and then wrap their labor in a cheap bow. That is, they treat the subject lines of their e-mail as an afterthought.

Big mistake. Your subject line is an opportunity. Like the headline of an article, its point is to convince the reader to continue onward. Accordingly, make sure that your subject line does your body text justice.

Someone’s paying you to talk with bloggers, which is something it behooves you to disclose. Some experts would advise you to begin your e-mail with something like, “Hi, I’m Jon Rick. I do online communications for the Department of Labor.” Others suggest that your signature block serve as your introduction.

Whatever you prefer, remember that not only is transparency important in itself. Transparency also breeds trust.

I’m one of those lucky people whose day job is an extension of his hobby: I’m a social media strategist. What does that mean? Let me quote my LinkedIn profile: “Blending expertise in online communications with a background in public affairs, I help clients leverage the Web in all its splendor—whether via a Web site, social network, blog, ad, or app. I’ve employed e-strategies to raise awareness for the federal government, motivate actions for nonprofits, and shape public opinion for corporations.”