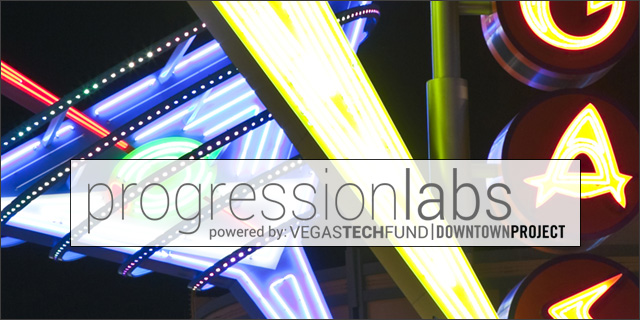 Applications are now open for the second class of Progression Labs, an “accelerator-like” program in downtown Vegas that is part of Tony Hsieh’s Downtown Project.

The program, which will run from January to March, has many aspects of an accelerator. Participants get $20,000 in funding (via a convertible note) plus rent and office space at Work in Progress. They get mentored by Work in Progress mentors, Downtown Project leaders, local CEOs, and the Progression Labs team. And all those mentors help make connections to potential customers, partners, and employees.

But Progression Labs prefers to call itself a “residential immersion program.” It’s less structured than many accelerators: most of the time, startups are just working on their ideas. Sometimes, a Downtown Project visitor will run a workshop for them on a topic like customer discovery. To immerse themselves in the local community, they’re also invited to community dinners, Tech Cocktail Week events, Fashion Week, and the Downtown Speaker Series. The programs starts with a welcome dinner, where the companies meet the community, and ends with a big finale where teams share updates and answer questions.

Progression Labs is part of the VegasTechFund, the Downtown Project’s $50 million tech fund. It started with $500,000 to work with, but cofounder Laura Berk says they may use less or request more depending on how things progress (pun intended).

The VegasTechFund makes seed investments, while Progression Labs targets entrepreneurs at an even earlier stage. “This gives people an excuse to take time off from whatever it is they’re currently doing – whether it’s school or a job they’re not huge fans of – and actually go heads down and work on their product,” says Berk.

Afterward, the companies will hopefully decide to stay in Vegas – but no pressure. “We don’t want to scare them into thinking they’re about to be trapped here,” says cofounder Rob Solomon. “But that’s the end goal: to make them love it so much that they don’t want to leave and make it beneficial for them to stay for their business, too.”

Preo and Travelnuts, companies from Progression Labs’s first class, both plan to spend one or two weeks every month in Vegas. During the program, Travelnuts was able to secure a deal with the El Cortez and Tuscany Suites hotels; Room Champ, a local startup who participated, signed a deal with the Golden Nugget.

While the funding portion of the program was previously called Firebrand, now everything is under the Progression Labs name. Firebrand is reserved for the group of six cofounders, all Venture for America fellows. Berk compares them to the Dorm Room Fund, people who don’t have much investment experience coming together to discover if they can fund great teams.

They’re looking for five to seven startups for class #2, and applications are due November 14.