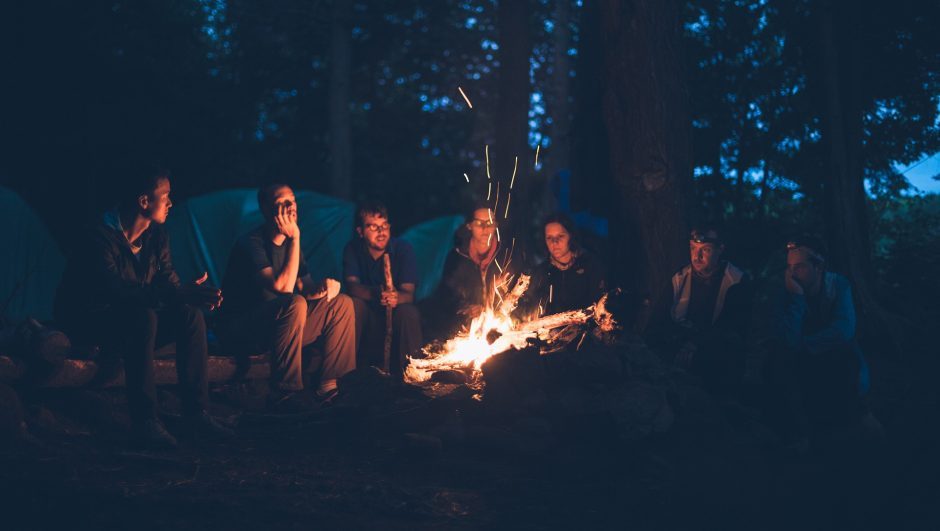 A good ghost story can ruin a week's worth of sleep in a matter of minutes. Whether it's an old sailor with a hook for a hand or a nearly translucent women in a white dress walking into the woods, getting scared on Halloween is the best part of the holiday. However, MIT has taken this concept to a whole new level with their new Twitter bot, Shelley, an artificially intelligent robot that writes horror stories with help from humans.

“Shelley is a deep-learning powered AI who was raised reading eerie stories coming from r/nosleep,” reads the MIT Media Lab website. “Now, as an adult—and not unlike Mary Shelley, her Victorian idol—she takes a bit of inspiration in the form of a random seed, or a short snippet of text, and starts creating stories emanating from her creepy creative mind. But what Shelley truly enjoys is working collaboratively with humans, learning from their nightmarish ideas, creating the best scary tales ever.”

Every hour, on the hour, Shelley tweets out a new story, which consists of approximately two or three tweets followed by #yourturn, asking her Twitter followers to write a line of the story themselves, and then finishes it off with a chilling twist of her own. And the results are truly and sincerely terrifying. 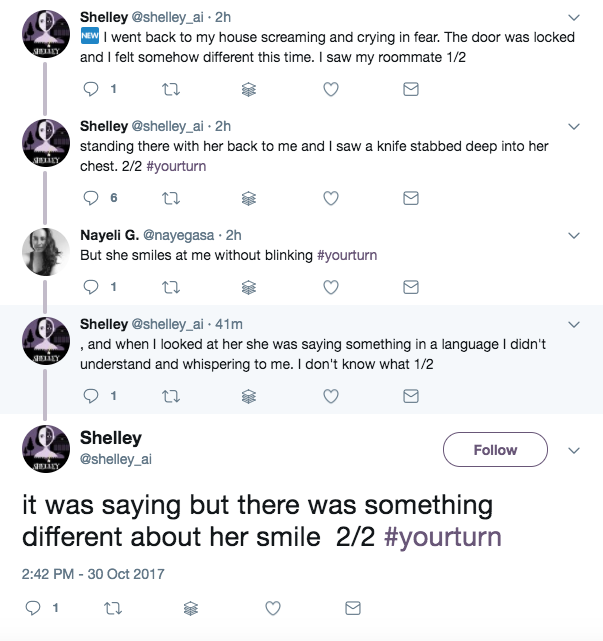 I don't know about you but, noooooooooope! I'll admit that I'm fairly adverse to horror stories in the first place, requiring a well-lit room, a thick blanket, and at least three friends to watch even the tamest of scary movies. However, the idea that these already bone-chilling tales are being penned by an artificially intelligent robot has to strike fear into even the most seasoned of horror film fans.

Shelley is no amateur effort. Her MIT creators were also behind the Nightmare Machine, an AI-powered image generator that produced pictures that were designed to terrify whoever was looking at them through machine learning. Because the only thing scarier than mangled faces and spooky mansions is knowing that a robot can figure out which one scares you more.

Read more about what artificial intelligence can do at TechCo