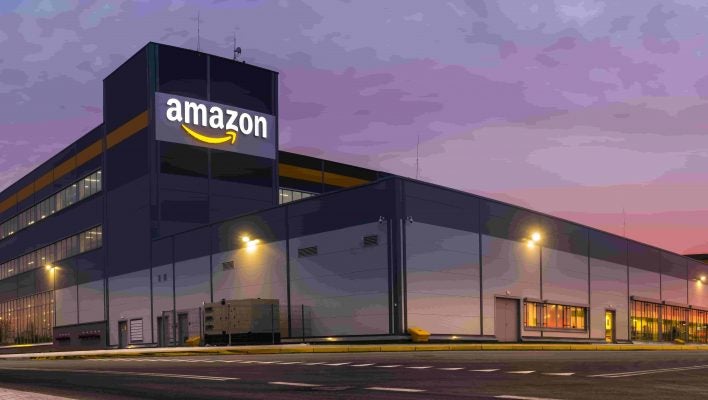 Amazon workers employed at a warehouse in Alabama will be given a second chance to vote to unionize, after the National Labor Relations Board (NLRB) ruled that Amazon breached labor laws during the last election.

If the staff at the warehouse vote to do so, it will become the first case of Amazon workers joining a union in the United States.

The company – which was beset by mass protests on Black Friday organized by trade unions across the globe – fiercely opposes the plans.

Although Amazon workers are members of unions in countries like France, Amazon workers in the United States – who currently number 750,000 – have never been part of a union of any kind.

However, pressure for change has grown in tandem with increasing numbers of reports about poor (and sometimes dangerous) workplace conditions, unreasonably long shifts, and unacceptable pay littering media outlets across the globe.

One former Amazon worker that was stationed at the Alabama warehouse, Una Massey, told the Guardian that the lack of experienced managers created the ideal conditions for unionization to occur.

Eventually, something was going to budge, and it did when 2,000 workers at the warehouse in Bessemer, Alabama, signed union authorization cards in 2020, and an election was filed for in November of the same year.

They were subsequently given the opportunity to vote to join the Retail, Wholesale, and Department Store Union (RWDSU) in March 2021 – but workers voted against joining by 1,798 to 738.

Now, the vote is being re-run due to Amazon’s illicit behavior towards staff in the run up to that original voting opportunity.

Amazon’s fierce – too fierce, in fact – opposition to its staff’s plans to unionize has backfired, and is the primary reason the vote is being re-run.

In the build-up to the vote, Amazon made great efforts to dissuade workers from participating, including disseminating anti-union messages to its workforce via email, text message, and even through in-person events held at warehouses. The company even went as far as to launch an entire anti-union website.

Other issues highlighted included the fact that Amazon placed a US postal mailbox at the main entrance to the warehouse, which the NLRB claimed gave staff the impression that the company itself was in fact running the election, frightening would-be union voters. There are also suggestions that Amazon tried to outright block employees voting in the union elections by mail.

“Amazon has always been actively trying to dissuade employees from organizing unions… that was true 20 years ago and it’s true today” – Marcus Courtney, labor advocate, and former union organizer.

Prior to this, in 2020, CNBC reported that Amazon posted – and then deleted – job listings for intelligence specialists that would be deployed to track labor organizing threats. The same year, individuals alleged they had been fired by Amazon for their role in the organization of protests.

However, as of last month, a settlement reached between Amazon and the NLRB means workers can freely organize without fear of retaliation.

The new opportunity for Amazon workers to have their say arrived after a National Labor Relations Board (NLRB) official found Amazon had violated labor law in the 2021 union election, and ruled, in November 2021, that staff must be granted another chance to vote.

Ballots will be sent out by mail around February 4 and must be returned by March 25, 2022, almost a full year after the initial vote was cast.

The legal ruling is a landmark victory for those who’ve worked hard to improve working conditions for the employees on Amazon’s payroll. Whether the vote will ultimately be successful, however, will likely go down to the line.