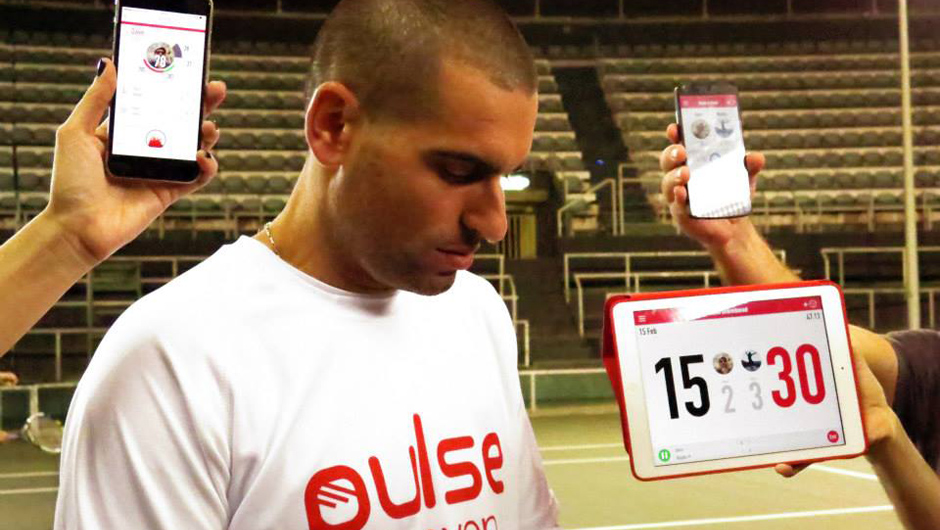 The entrepreneurial lifestyle does not care what your profession was before you opened your eyes to its glory. All it cares about is that you have the confidence, drive, and strength to accomplish your wildest dreams.

For Andy Ram, retired tennis phenom, that dream is to change the face of racket sports via wearable tech. And his vehicle to accomplish his goal, Pulse Play, fits perfectly into the current wearables trend.

It’s billed as a sports wearable for racket sports players with three main functions: scorekeeper and announcer that doesn’t interrupt game play, recorded game history, and social network capability. The official Indiegogo campaign for Pulse Play is launching on April 28 and Ram is confident it will succeed.

Granted, changing from the world of professional sports into tech wearables has been difficult, but it’s not without reward either. Ram was nice enough to sit down with us and talk more about this transition, plans for the future, and why Pulse Play is going to change sports.

Tech Cocktail: Where did the idea for Pulse Play come from?

Andy Ram: Tennis has always been my passion in life. As a pro player, I never had to worry about the scorekeeping element of the game, but I quickly noticed that outside of professional matches tennis players were always getting caught up in time wasting arguments over point history. It was the same scene everywhere in the world: two players would be playing, and as the match progressed, they would inevitably forget who scored certain points.

Essentially, there was simply no easy and reliable way to keep score. This was the catalyst for developing Pulse Play: however the concept quickly evolved to include other great features amateur players were clearly lacking. My tennis friends were always commenting on how difficult it was for them to find new opponents who played at their level, so the ranking system became a key focus of the product. Once Pulse Play gives a player their ranking, they can then connect to the online community and easily find new opponents who are similarly ranked.

Tech Cocktail: How are you planning for competition in the market?

Ram: Pulse Play will be the only wearable in the market to give amateur racket sports players what we call a full professional experience. Our competitors either focus on technique—how one hits the ball—or they skip over key features like full game histories, rankings, the social community, opponent matching, or uninterrupted game play.

In comparison, Pulse Play offers a complete game history, an accurate ranking system, live scorekeeping announcements, a social community, and opponent matching, and all with just an easy click between points. Pulse Play connects with any Bluetooth compatible phone for fast syncing with the application.

Tech Cocktail: What's the driving philosophy that keeps you and your team motivated?

We are driven to bring racket sport players a new experience that will elevate their game. Being a part of something so unique and different is exactly what powers us every day. Because there is nothing like Pulse Play on the market, we know that our product won’t be just “another fitness tracker”.

Our team is made up of creative individuals who are all passionate about sports, enthusiastic about technology, and inspired by the knowledge that Pulse Play will be changing the face of racket sports.

You can keep track of the Pulse Play Indiegogo campaign by signing up for their Early Bird list at pulse-play.com.