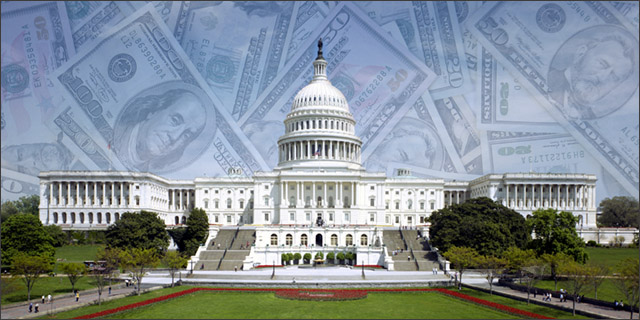 Washington, DC, is growing as a close-knit entrepreneur community where startups can find angel investors who will also act as mentors to grow a business, venture capitalists say.

“My sense is that DC is better for startups than a lot of other cities, which might have people with money but not experience,” Taylor said.

Entrepreneurs in Washington, DC, also have a greater chance to compete for talent and to distinguish their startup as a unique business because there is less tech sector overlap than in Silicon Valley, Taylor said.

“There seems to be a relatively good balance of capital in the DC area, and one thing that is an advantage here is that some sectors are not as heated up as they are in Silicon Valley,” he said.

The number of venture capital firms in the US decreased from 1,089 in 2002 to 841 in 2012, as the venture capital industry continues to shrink from its peak in 2000 when the tech stock bubble burst, according to the NVCA.

Personal angel investments, often in sums of $500,000 and lower, are becoming more common than million-dollar venture financing because venture capitalists already have a heavy workload, and because tech startups are increasingly able to “get going on a shoestring budget,” Taylor said.

“It’s never too early to open relationships with sophisticated angel investors,” Taylor said. “Startups looking to go national need people with experience and contacts to prep them for the next round of financing.”

Angel investing has increased during the past decade, but there is no data to document this because individuals don’t have to report personal investments in those amounts to the Securities and Exchange Commission, said John May, managing partner at the New Vantage Group angel investment firm.

“Many of the serious angel investors are cashed-out entrepreneurs who are recycling their expertise in that domain,” said May, who is a former president of the Angel Capital Association.

“Many of the companies coming through Core have gotten some angel capital in the DC region,” Levine said. “We like to see what they learned and how they adjusted their business model.”

There are enough investors in the nation’s capital to support its startup community, but more venture capital firms in the region would encourage innovation, said Harry Weller, a general partner at the New Enterprise Associates venture capital firm in Washington, DC.

“There would be less overlap if there were more venture capital firms aiming for different investments,” Weller said. “Some startups that are on the fringes that are also the most disruptive don’t get done.”

Entrepreneurs in Washington, DC, may not get valuations on their startups from East Coast investors as high as they could from investors in Silicon Valley, but starting a business with minimal funding breeds practicality, according to Noah Glass, founder of OLO Online Ordering.

An excellent way to find angel investment in the District is through the contacts and events at startup accelerators 1776 and Fortify Ventures, said Sean Gonzalez, secretary at Data Community DC, which runs several hackathons and professional meetups. DC Nightowls, which gathers entrepreneurs at various coworking spaces, is another regional group useful for meeting people in the startup community.