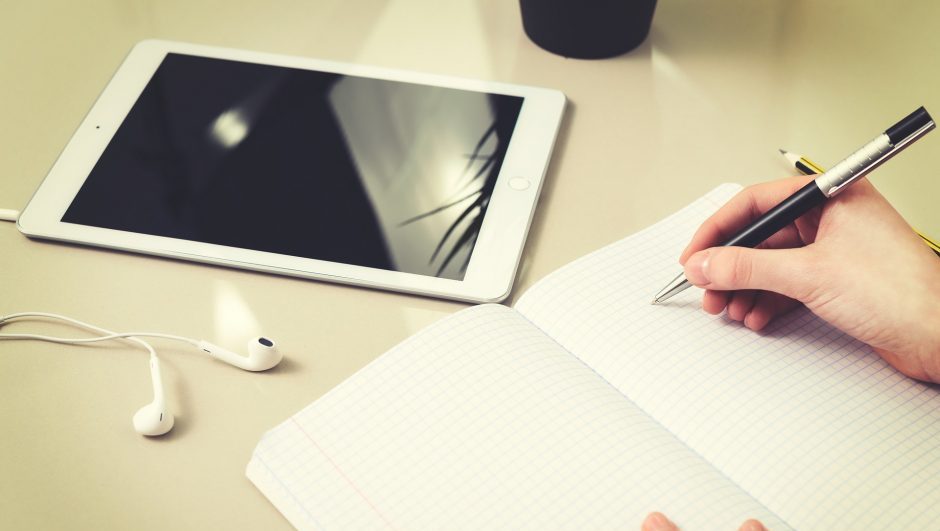 Earlier today, Apple held an educational event in Chicago to announce a wide range of new products, exciting innovations, and education initiatives, including a new, affordable iPad for education that supports the Apple Pencil.

Held at Lane Tech College Prep High School, the largest public high school in Chicago, the event represented a return to Apple's educational roots. Touting its credentials as an invested party in the education of America's youth, Apple unveiled its new iPad, price plans for Apple Pencil, and a raft of changes under the hood for iOS and the 200,000 education-focused apps it will be able to run.

With Google Chromebooks stealing a march in the classroom, it's an environment Apple can't afford to lose ground in, either. We run through the announcements from the Apple event, including the headline $299 iPad.

Everyone pretty much saw this one coming. Between countless rumors and the Apple Store shutting down before the event launch, every publication on the planet knew that a new iPad was on the way. Fortunately, the new features were at least kept under wraps, so we can spoil them for you now. As was true throughout the event, education is the primary focus for the new iPad.

“Macs and iPads are used throughout schools by students for everything from music to language arts and even advanced robotics,” Apple's CEO Tim Cook said at the event.

From the 9.7 inch retina display and the FaceTime HD Camera to a 10-hour battery life and Touch ID capabilities, the iPad is making a comeback in the classroom. It includes a gyroscope for hands-on learning, a GPS compass for those lengthy field trips, and up to 300 mbps LTE speeds for those really trying assignments. Plus, the A10 Fusion chips makes it one of the more powerful devices out there — laptops and Chromebooks included.

ALL THE iPAD SPECS! #AppleEvent pic.twitter.com/EEPSCxDXsx

The new iPad start at $329 for everyday consumers, but Apple is offering a discount for schools, providing the new tech for only $299. And we haven't even gotten to the most exciting part of the announcement.

That's right, the new iPad will support the Apple Pencil in a lot of different ways that will make education more enjoyable, comprehensive, and downright fun. The additional piece of tech used to be the biggest differentiator between the iPad Pro and other, cheaper models in Apple's range. The stylish stylus should unlock intuitive iPad functions that will be of use in a classroom. 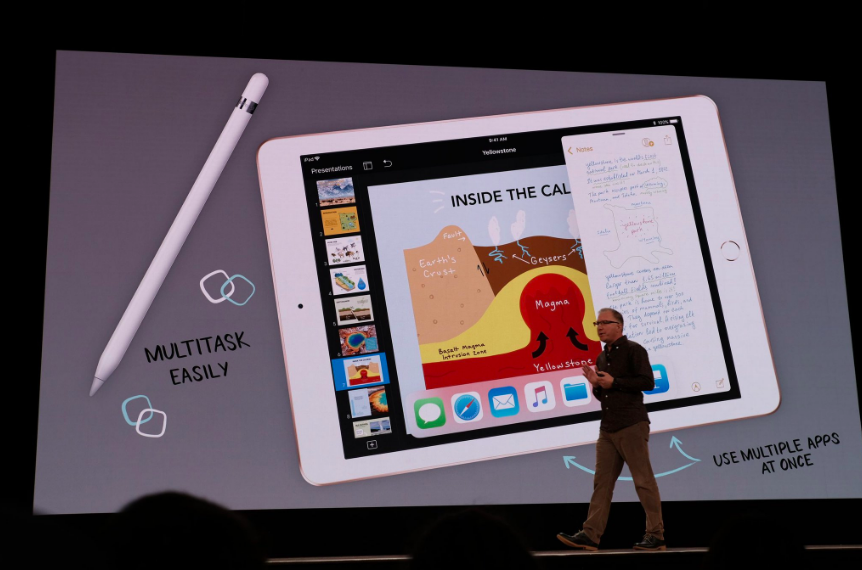 Smart annotation, for one, looks to completely change the tech in school movement. Students and teachers alike will be able to take notes on any one of the added Apple Pencil apps (Pages, Numbers, and Keynote) with ease. The feature even anchors notes to particular words, so editing and reorganizing text no longer becomes a messy chore.

Unfortunately, the Apple Pencil is not included in the lower price of the new iPad. It will cost an additional $99, but Apple did mention other upcoming accessories that are more affordable, like the $49 “Crayon” from Logitech, which will be available in the future. Until cheaper accessories become available, please, kids — don't lose your Pencil on the school bus.

The tech company has been a staple of the schoolroom over the years, but it's lost ground more recently as Google's super-cheap Chromebook established itself as the go-to products for schools. The Apple event sought to reboot the company's relationship with the classroom.

This recommitment shouldn't be too much of a surprise if you've had your eye on Apple for a while. In December, the tech company announced plans for the Everyone Can Code initiative in Chicago, which would provide coding opportunities to more than half a million Chicago students. Tim Cook's opening statement set the stage for the educationally-focused event that transpired.

“Education is a big part of who we are as a company and has been for 40 years,” said Cook. “We believed that technology could help teachers deliver a unique and personalized learning experience to all kids. We've never stopped believing this, and we've never stopped working on it.”

As for the products and initiatives announced at the event, there was plenty to applaud. From the new cut-price iPad to the Apple Pencil, Apple didn't disappoint as far as its educational goals are concerned.

Read more about the Apple Event on TechCo