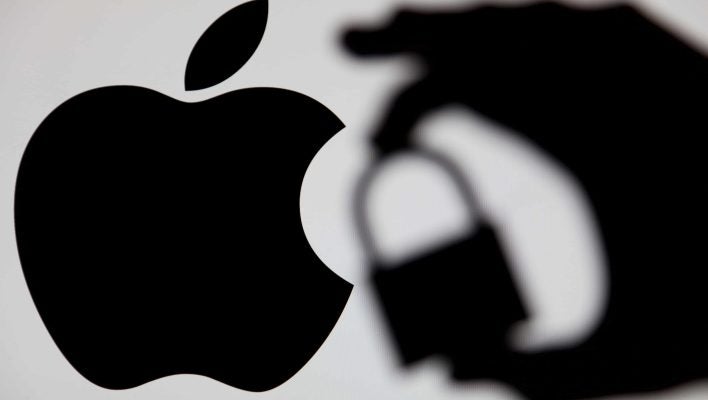 Aside from antivirus software with spyware-blocking features, there aren’t many ways for users to protect themselves against the insidious technology – which is often deployed by government entities – so Apple’s new feature is significant in the fight against it.

The tech giant – which recently sued a spyware company for allegedly damaging its business – has also set up a Dignity and Justice Fund to provide a cash injection for companies battling spyware and forge closer bonds between security organizations and device markers.

Announced on Wednesday, Lockdown Mode is an “extreme, optional level of security for the very few users who, because of who they are or what they do, may be personally targeted by some of the sophisticated digital threats.”

The mode, which will be available in iOS 16, iPadOS16, and macOS Ventura, disables key features of your phone and limits certain functions.

Restricting a device's capabilities in such a way will, according to Apple, “significantly reduce the attack surface” available to threat actors or governments deploying spyware.

Lockdown mode will disable JavaScript and other “complex web technologies” and block images and link previews, which are common vectors of spyware infection. Facetime calls from numbers the user is yet to contact will also be blocked.

Apple also announced that the company is creating a new category inside the Apple Security Bounty program for intrepid researchers who manage to find vulnerabilities in Lockdown Mode.

“Bug Bounties” are schemes launched by companies developing software, in which payment is handed over to IT researchers or ethical hackers who identify and report security flaws in soon-to-be-rolled-out applications.

“Bounties are doubled for qualifying findings in Lockdown Mode, up to a maximum of $2,000,000” the statement reads, which is the highest maximum bounty in the industry.

The Dignity and Justice Fund

As far as mercenary Spyware goes, there’s none more famous than Pegasus, a type of spyware developed by Israeli firm the NSO Group and dubbed by some as the “world’s most powerful cyberweapon.”

The NSO Group – which maintains its technology is used lawfully – has been sued by Apple and is currently locked in a supreme court battle with Meta over an alleged attempt to hack WhatsApp.

In response to the impending threat posed by groups like this, Apple and global welfare advancement organization The Ford Foundation has set up the Dignity and Justice Fund.

The fund is a $10 million grant which, “in addition to any damages awarded from the lawsuit filed against NSO Group” will be available to organizations trying to expose and stop spyware-based attacks.

The first grants – which will be awarded later this year – will, among other things, help companies build capacity for cybersecurity research and advocacy, develop forensic methodologies for detecting spyware and work more closely with private companies like Apple that produce devices.

Should You Be Worried About Spyware?

On the one hand, the vast majority of citizens will never be targeted with spyware. On the other, the increasing tendency of governments to use it – and exude increasingly authoritarian approaches to internet freedom – means that’s not necessarily a certainty.

Besides, if a given protest movement gathers enough steam, hundreds of thousands of people may suddenly be thought of as “activists” worthy of surveillance by governments looking to quell civil unrest.

Business leaders can be targeted, too, and should certainly pay attention given that Tech.co found only 34% were investing in cybersecurity as a priority.

Some antivirus software providers have started offering spyware scanners and removers – you can even download some of these, like Avast’s, for free. Avast’s tool is available for Windows, Android, iOS and Mac.

Although the spyware threat is growing, not shrinking, the combination of court battles, initiatives pioneered by the tech companies that make our devices, and the uptake of anti-spyware will go some way to blunting it.