Apple has registered five new iPad and five new MacBook models in the Eurasian Economic Commission (EEC) database. This is normally a good indicator of the new models coming to market for the year ahead, though there's little info yet about specs, prices or likely names.

The Apple registration suggests that the new models are three as-yet-unreleased MacBook Pros, plus two new, smaller MacBooks – one of these may be the heavily-rumoured 13-inch Retina MacBook Air. Unfortunately, it’s unclear what the new iPads will be like.

The sight of new products on the EEC database is normally a strong indicator of what Apple is planning to reveal in its annual September launch events. In August 2016, Apple filed the new iPhone 7, Apple Watch Series 2 and the AirPods – all of which came to be released a month later.

Ahead of WWDC 2017, Apple filed the new Magic Keyboard, new MacBooks and iPads – again, all were announced at WWDC 2017. In February this year, the new iPad made its way onto the database and was revealed at WWDC 2018. 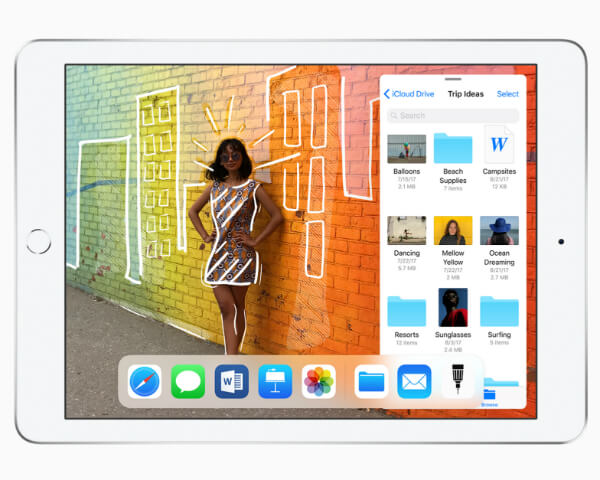 However, you should take the news of the updated iPads and MacBooks with a sizeable slab of salt.

The new iPads and MacBooks were all registered with existing operating systems – iOS 11 for the iPads, and macOS 10.13 High Sierra for the MacBooks. This would suggest that, rather than being brand new products, which we would expect to arrive with iOS 12 and macOS Mojave, these products are updates to existing models.

It’s also worth noting that the same source behind the leak also leaked eleven new iPhones in April. These certainly haven’t hit the shelves – yet.

Some news outlets, such as 9to5 Mac, are suggesting that this could be due to a change in the Apple’s product launch strategy. The global tech giant has a renewed focus on product secrecy and may even be registering these products as red herrings to put rivals and market-watchers off the scent of whatever products it really has up its sleeve.

Sort of. It’s an indication that Apple is looking at refreshing the MacBook Pro line, which only saw the most minor of refreshes last year. The last major change saw the launch of the new TouchBar models in September 2016.

Again, we’re speculating, but the registration might be hinting at new iPad Pros, which were announced in June 2017. It’s been a long time, soo, since we last saw an update to the somewhat neglected iPad mini line.

The eleven new iPhones registered in April may contain some hint of the rumoured iPhone X Plus – Apple’s supercharged successor to last year’s iPhone X – and a gamut of less expensive iPhones which could launch alongside it. But, say it with me now, we’re still speculating.