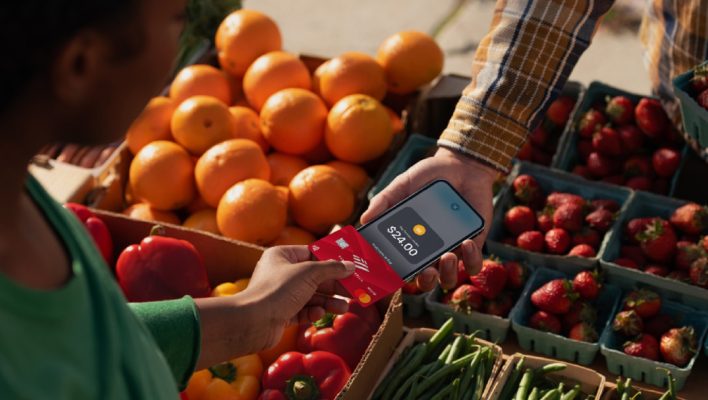 Apple has started testing out its hotly awaited Tap-to-Pay feature which will effectively turn any iPhone into a payment terminal.

The new feature was first announced in February of this year, and could be a huge disruptor for the top providers currently active in the POS market.

The new feature is likely to transform the lives of many restaurants and retail businesses by removing the need to invest in hardware that is now surplus to requirements.

Apple has not put a precise date on when the feature will be commercially available to all iPhone users, but the company is currently using the feature at the Apple Park Visitor Center in Cupertino, California.

The center itself is used as a place to showcase a number of unique Apple products, but there's also a cafe and observation deck. Videos circulating on social media show center employees taking payments from other iPhone users without any additional hardware:

The Apple Park Visitor Center is one of the only apple retail stores in the US to support contactless pay straight from an iPhone. Awesome to see in person! pic.twitter.com/GiFDiL56OO

Apple is already partnered with payment processor Stripe, which has brought the Tap-to-Pay feature to their business customers through apps like the Shopify Point of Sale App. Last month, Apple added Dutch financial technology company Ayden to that list.

An additional question that may be answered later this year is whether this iteration of Tap-to-Pay will be able to be used as an off-the-cuff payment method for individuals transferring money to one another, separately to its business application. This would certainly give it a wider consumer use case outside of the retail environment.

How Will the Feature Affect the POS Market?

Apple’s announcement of the feature in February sent shockwaves through the POS market, with some outlets going as far as to say it could kill off names like Square completely.

Apple is only initially planning to launch this feature in the US, however, so the top POS providers who feel this may shrink their customer base in the world’s largest economy may have to look to international markets for short-term survival.

Although companies like Square offer much more than simply taking payments – and they of course have an app that could utilize Apple’s Tap-to-Pay feature – the fact the hardware component is now less essential means POS providers that do offer it could see their market share significantly dented.

Considering the prevalence of iPhones, For many companies in Square's position, it may be a case of ‘if you can't beat them, join them.'