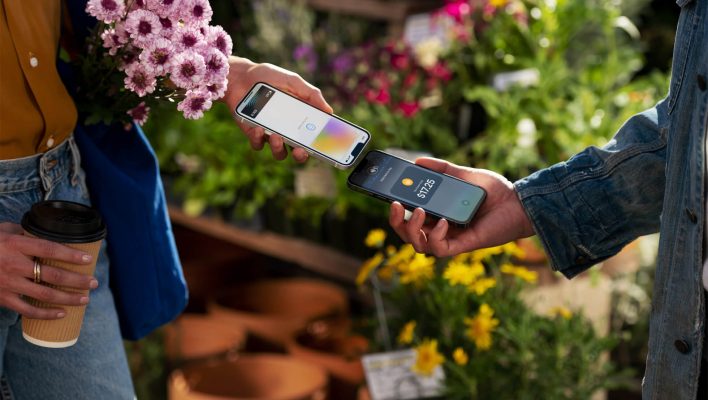 Tech giant Apple has officially confirmed that a Tap to Pay feature will be coming to iPhones this year.

This means that retailers will be able to accept contactless payments from customers through their iPhones, allowing Apple to muscle in on a point-of-sale market currently dominated by top POS system providers like Square and Vend.

With no additional hardware needed to make payments, the feature could open up new possibilities for businesses in the US and beyond – but what will it mean for other digital payment companies?

Murmurs about a new payments feature have been swirling around the media since sources confirmed to Bloomberg in late January that Apple was planning to venture into the POS market.

But it’s been in the pipeline for a fair bit longer. In 2020, Apple paid roughly $100 million for Mobeewave, a Canadian company that turns smartphones into payment terminals for credit cards – which, in retrospect, was a clearer statement of intent than first thought.

This week, rumor turned reality as Apple released a statement officially confirming the payment feature – which will be called ‘Tap to Pay’.

“Once Tap to Pay on iPhone becomes available” the post reads, “merchants will be able to unlock contactless payment acceptance through a supporting iOS app on an iPhone XS or later device.”

“Tap to Pay on iPhone will provide businesses with a secure, private, and easy way to accept contactless payments and unlock new checkout experiences using the power, security, and convenience of iPhone” – Jennifer Bailey, Vice President of Apple Pay and Apple Wallet.

Apple confirmed that payment data belonging to customers will be secured by the technology behind Apple Pay, with all transactions encrypted and processed using the Secure Element. Apple will be unaware of what is being purchased, as well as who is buying it.

The new feature will be accessible through third-party apps but will need to work with a compatible payments processor. Stripe has already confirmed it will do this, including within the Shopify POS app.

“With Tap to Pay on iPhone, millions of businesses using Stripe can enhance their in-person commerce experience by offering their customers a fast and secure checkout” – Billy Alvarado, Chief Business Officer, Stripe.

Although there is no fixed date for its release, Apple says it will be available to retailers, restaurants, and other businesses “later this year”. The Application Programming Interface (API) needed for the Tap to Pay feature has already been added to the second beta of iOS 15.4.

Apple's announcement has sent ripples through the POS system market; shares of Block (better known as POS market leader Square) – fell more than 3% after it was announced.

POS Expert Adam Rowe commented: “Currently, all Apple mobile devices require external Bluetooth terminals, like those used by Square. The new feature would cut that hardware out, meaning that people could pay for a service by tapping their credit card (or a second iPhone) against an iPhone, in seconds.”

The prospect of being able to shave even seconds off transaction times will be tempting to any restauranteur, retailer, staff member, or server who's dealt with the stress of attending to a long queue of customers with faulty, outdated, and slow payment terminals.

The feature is being viewed by many as a direct rival to Square; some media outlets have even referred to Tap to Pay as the ‘Square killer’.

But it may simply test the payment company's resolve when it comes to retaining its customers – and if Apple decides to mirror the aggressive stances it’s taken during its App store payments row with Fortnite developers Epic Games, it’s anyone’s guess what might happen.

Will Apple Revolutionize the POS Marketplace?

With an unlimited supply of tech and human resources to plow into its product, Apple's effect on the market could be huge.

“In terms of POS, Apple can influence the market to a certain extent as their large user-group will be incentivized to use systems which integrate with their payment system. It makes a lot more sense for an iPhone user starting a new business to use an integrated platform rather than front the cost of additional hardware,” business software researcher James Macey commented.

“Whether Apple is able to significantly disrupt key players like Square may be dependent on them growing their consumer market share to consolidate new business users” – James Macey, business software researcher.

“However, this incentive is largely only applicable to new businesses started by iPhone users” Macey explained. “It’s unlikely that existing businesses will throw out their card readers over this announcement. So whether Apple is able to significantly disrupt key players like Square may be dependent on them growing their consumer market share to consolidate new business users.”

This may take some doing. Providers like Square offer far more than just the ability to accept payments, with features such as inventory tracking and marketing features integrated with sales data. At Tech.co, we've tested all the top POS system providers and right now, we still think Square is the best POS system for diners and eateries, whereas Vend is the better option for stores that sell products such as clothes and homeware.

Besides, as Apple is allowing third-party apps to use the Tap to Pay feature, then Square could just keep on accepting payments through its app for Apple devices.

Irrespective of the direct impact on Square, Apple's decision to venture further into the digital payments industry is unlikely to be without ambition – and for millions of businesses still recovering from the pandemic, this could prove a godsend.