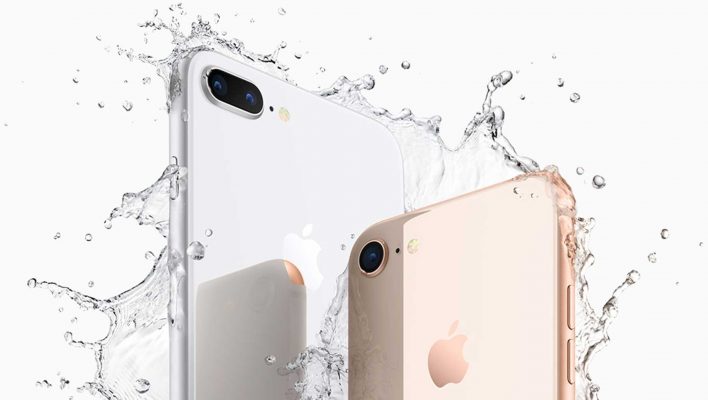 Apple's marketing and build quality of its iPhone is being questioned after a class action complaint was filed against the company for its waterproof claims.

The complaint, raised by an individual in New York, refutes the waterproof qualities of the iPhone, and the after-sales care they received related to water damage. Clearly, covering the phone in uncooked rice wasn't enough.

Apple has already been fined in Europe for similar issues, so if successful, the complaint could prove to be an expensive one.

The class action complaint has been raised by an individual from Bronx County and accuses Apple of breaching New York General Business Law's Consumer Protection Statute. However, while the charges were filed on behalf of one person, the case seeks redress for all iPhone owners in the state of New York,

The complaint was filed by Antoinette Smith, with the primary focus being an iPhone 8 that suffered water damage. According to the filing, Smith attempted to get the affected iPhone repaired, only for Apple to warranty cover for the liquid damage. As a result, Smith claims that was that she was forced to incur “financial loss through repair costs, decreased functionality, a lower re-sale value, and/or purchase of a new device.” Smith goes on to state that she would purchase another iPhone if she is “assured that the water-resistance claims are consistent with typical everyday use of a smartphone.”

“The Product was manufactured, labeled and sold by defendant and expressly and impliedly warranted to plaintiff and class members that it possessed protective and resistant qualities with respect to waters and liquids which it did not.” – Smith v Apple, class action complaint

The main focus of the complaint concerns the way that the iPhone has been tested for water resistance, stating that laboratory conditions aren't applicable to ‘real-world use'. Apple uses a tank of pure water to test its products and the class-action suit claims that this is no substitute for a scenario such as dropping the product into a pool or the sea.

How Waterproof is an iPhone?

The iPhone 7 was the first ‘waterproof' iPhone and all subsequent phones, including Smith's iPhone 8, have claimed to have similar if not stronger protection from water.

Smith's iPhone 8, incidentally, was marketed as being IP67 resistant and capable of sustaining a minute-and-a-half dunk in up to one meter of water.

Apple does state in its literature that liquid damage is not covered under warranty, and technicians are able to tell if water has breached the phone's seals thanks to a dedicated liquid detector inside the unit.

Despite the waterproof claims, Apple does dissuade users from actively submerging their iPhones in water. In fact, it has a long list of recommendations on its site, such as no swimming or bathing with your iPhone, no jet skiing, surfing, wakeboarding, and no using it in the sauna.

Should you spill a liquid, such as coffee or soda on your iPhone, Apple recommends that the user rinse the iPhone with tap water, wipe and leave it to dry.

Read our guide to the best waterproof phones of 2021

The fine covered models going back to 2017's iPhone 8 and iPhone 8 Plus, and focused on claims made by Apple that iPhones were water-resistant for up to 30 minutes at depths of up to four meters, which likely only applied in strict testing conditions, with pure water, rather than ‘real world' cases.

“The messages did not clarify that this [waterproof] property is found only in the presence of specific conditions, for example during specific and controlled laboratory tests with the use of static and pure water, and not in the normal conditions of use of the devices by consumers.” – Press release from Autorità Garante della Concorrenza

The group also criticized the fact that water damage is not covered under warranty, another point of the class action complaint recently filed.