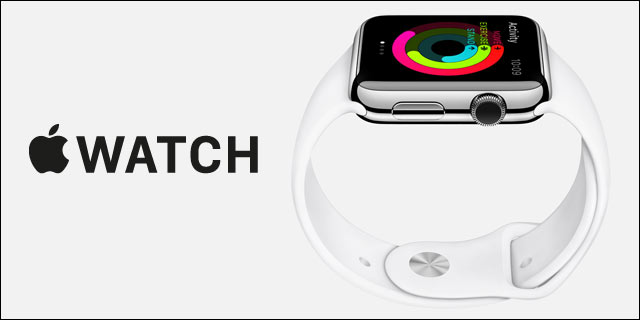 Where were you during Apple’s latest keynote? If you had been wearing an Apple Watch, you would have known exactly where you were on September 9th. You also would have been able to monitor the change in your heart rate with each new Apple announcement, check on your Apple stock holdings, text a friend, and a host of other things, all thanks to Apple’s heavily-touted wearable device.

While the Apple Watch is not slated for release until 2015, recent hiccups with the iPhone 6 have customers and critics alike wondering if Apple’s latest techno-gadget will live up to the hype. If all we saw and heard on September 9th is true, the Apple Watch will take its rightful place beside the iPod, iPhone, and iPad as a product that has transformed some aspect of our lives – a product that Steve Jobs would be proud of.

More than just a gimmick?

What it all comes down to is whether or not the Apple Watch provides the great end-user experience that Apple products are known for. Although early reviews have been mixed, there seems to be a consensus that, unlike its smartwatch predecessors, the Apple Watch – as a recent Time Magazine article puts it – will “finally usher in the age of wearable tech.”

In a recent article on CNET, tech writer Scott Stein offers a comprehensive overview of the Apple Watch.

In terms of functionality, Scott describes the device as “a music player like an iPod, a fitness tracker with heart-rate measurements, a communications device that will send and receive messages, calls, and audio recordings, and a handheld portal to other apps, too. It also makes payments via Apple Pay. It can also control your Apple TV and act as a remote for connected smart home devices.”

Commenting on these multiple functionalities, Stein suggests that the Apple Watch appears to be “a synthesis of many other smartwatches, trying to knit together all of these features into a coherent whole.”

While Stein felt that a number of the Apple Watch’s functionalities are reminiscent of other smartwatches on the market, he was quick to point out that Apple should have an edge in terms of apps. Instead of soft-launching the Apple Watch and adding apps after the fact, as was the strategy for Android Wear and Samsung’s Gear watches, the Apple Watch’s September unveiling – well ahead of the 2015 launch – will give app developers ample time to make the watch “do lots of things by the time it goes on sale.”

As for style and wearer comfort, Stein gave the Apple Watch high marks for subtle design elements and quality craftsmanship.

In terms of user interface (UI), the author gave kudos to the watch’s unique Digital Crown as “a clever idea, merging a home button and scroll wheel in one. It aims to help make pinch-to-zoom and scroll functions easier to pull off, while IR and photo sensors give it extra sensitivity. That, and a button below that brings up favorite friends and contacts, offer a set of buttons that don't require the screen at all. You still can swipe and tap, too.”

Not pulling any punches, Tong said right off the bat that the idea of a smartwatch doesn’t impress him at all. “Apple’s gonna have to really wow me to even buy one for myself,” he added. Tong’s main complaint focused on the watch’s health stat tracking capabilities. “Once you know how many steps you’re roughly taking and calories burned, you just don’t care anymore.”

Tong also said that he doesn’t want a big screen on his wrist that’s constantly buzzing and alerting him about emails and text messages. In order to get him to really care, Tong said that Apple would have to get both fashion and function right. Judging by his comments during the Apple keynote, he thinks Apple nailed it with the iPhone 6 but failed to impress with the Apple Watch.

A little too connected

In a September 15th piece for Wired Magazine, author Robert McMillan said, “It’ll take a social revolution for Americans to embrace the Apple Watch.” Among McMillan’s concerns is that the Apple Watch “doesn’t discreetly slide into your pocket when you’re watching a movie or dining with a friend. It’s always there, and with it, the Internet itself.”

This fear of being “never offline” was the topic of a September 22, 2014, Time Magazine article titled, “iNeed?” While praising the Apple Watch for being “gorgeous, fast, and packed with brains,” the authors cautioned that the soon-to-come age of wearable tech that Apple is ushering in may not be such a good thing after all. “The Apple Watch represents a redrawing of the map that locates technology in one place and our bodies in another,” states the article. With watch apps on the horizon to prompt and assist us each and every waking hour of our lives, all of this added control that a wearable device gives us means giving up control. Still, despite claims that the Apple Watch is intruding into our personal space in ways it shouldn’t, the authors admit that the watch’s many functions and incarnations should give it broad appeal. But more importantly, “it supports Apple’s new wireless payment system (ApplePay), which is designed to replace credit card swipes and which is a major play in its own right.”

Will Apple Watch live up to the hype?

We’ll have to wait until 2015 to find out. But one thing is certain; Apple’s ingenious strategy of creating not just amazing stand-alone devices, but devices that all integrate and function together within a unique and exclusive environment – the Apple Watch is nothing without the iPhone – is a recipe that should continue to drive Apple’s success well into the future.

Tayven James is a husband, father, and tech fan who loves to discover and opine about what’s new in the world.