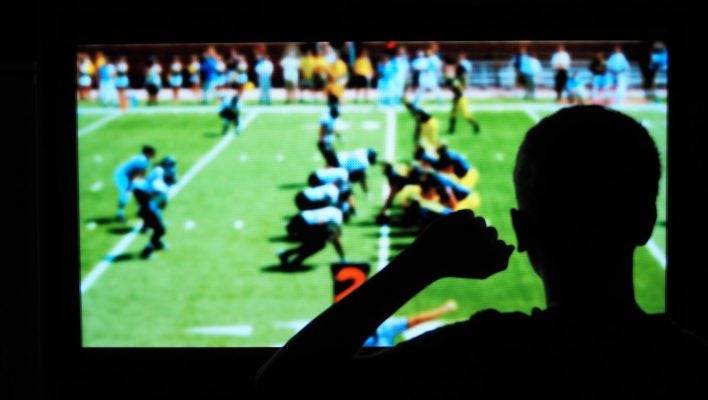 Apple is in (very) early talks to acquire the streaming rights to the Sunday Ticket package of football games currently being auctioned by the NFL.

As it stands, Apple is very unlikely to actually buy them. But the fact that they're interested says a lot about where Apple is directing its energy: It really wants to bolster its subscriptions.

Leaning into live sports is a great way to do just that, for more than a few reasons.

The talks centering on an Apple/NFL deal have been ongoing for months, according to the Information. Most recently, the topic came up this week, at the Allen & Co. tech and media conference in Sun Valley. But, according to the same source, “While the talks about Sunday Ticket are still going on, Apple isn't seen as a serious contender for the rights.”

As broadcast and cable ratings continue their incredibly slow decline, it makes sense that the NFL will lean into digital deals as a way to stay afloat. So why is Apple so interested?

Streaming live sports is one way to stand out when compared to the streaming giant of Netflix, which has famously avoided putting its chips on live video of any sort. Netflix doesn't want to be appointment television, it wants to be constantly on in the background.

Apple's goals are different. It needs to justify its existence as a subscription service after years of just being known for its devices. It's willing to spend oodles of money to prove you need to care about Apple TV, and it has the $2 trillion market value to do it.

NFL's Sunday games are expensive, which works in Apple's favor. And they come with a built-in audience of the world's most enthusiastic fans, making them a great way to scoop up an audience that might otherwise never bother with Apple's streaming service.

Amazon is actually more of a competitor to Apple than Netflix. They both want a thriving streaming service more because it locks in customer retention for their core service — Prime shoppers for Amazon, and iPhone/Mac buyers for Apple. (It's no surprise that Amazon has been getting into live sports as well).

But Apple is increasingly blending subscriptions with its phones. It's only a matter of time until it's all one big pricy Apple subscription: Why let someone buy a $1,000 phone once when they could instead pay $100 once a month every month for temporary access to a phone and a bunch of subscriptions?

By pivoting to subscriptions, Apple is building up even more customer loyalty, as if they needed it. Apple News+, Apple Arcade, and their credit card offering Apple Card all launched in 2019, and Apple has kept up its push into subscriptions since, with its Apple Fitness program and Apple TV+ as two of the standout successes.

Subscriptions might make our access to everything temporary, but they'll lock in our devotion to whoever offers them. And live sports events are one of the last big levers that Apple can pull to make subscriptions even more essential.