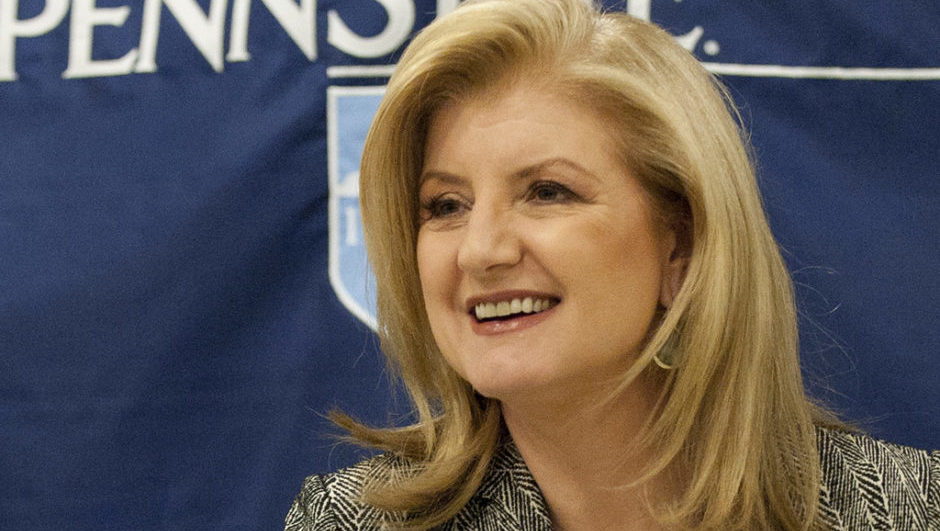 Arianna Huffington is one of the most influential people in the world. Whether it's letting the world know about the best ways to sleep or appearing on the popular animated show Family Guy, this entrepreneur has done it all. And while her most notable achievement is the founding of her self-named publication, The Huffington Post, no one wants to be bogged down by the past. Which is why she is moving on from the digital media outlet to live the startup life once again.

Huffington signed a deal last June with the online publication that effectively kept her at the company until 2019. The deal allowed her to focus her energy elsewhere, leading to a Series A funding round for her newest startup venture, Thrive Global. As the startup wheels began to turn, it became obvious to her that there was no way to do both while giving 100 percent. And so she decided to move on.

“I really thought I could do both, but as we started building it up, I realized that it really needed my full attention,” she said in an interview. “It is important to know when one door closes and another opens and I felt that moment had arrived.”

The Huffington Post was founded in 2005 and Arianna was the driving force in its success. Her presence will be sorely missed, but her role at the company had become a bit vague, as the media outlet was acquired by AOL in 2011, who was in turn acquired by Verizon last year. The deal was supposed to be the defining point to keep Huffington at the helm, but her new venture proved to be too much of a draw to keep her at the Post.

“Arianna is a visionary who built The Huffington Post into a truly transformative news platform,” said Tim Armstrong, chief executive officer of AOL in a statement. “AOL and Verizon are committed to continuing its growth and the groundbreaking work Arianna pioneered.”

Thrive Global, Huffington's newest startup venture, hopes to facilitate all the potential in the African market through capital and technology. With the overall goal of accelerating and harnessing their burgeoning economy, Huffington knows the world will be a brighter, more sustainable place. And considering her impressive efforts in the media world, Africa should be happy she has turned her focus to assisting them in the growth of their entire continent.