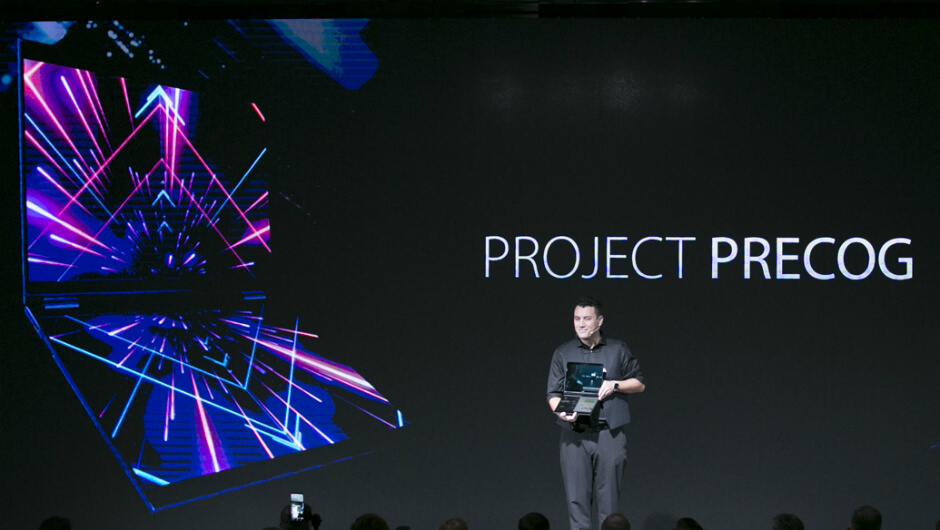 Computex is one of the biggest computing trade shows in the world, and this year Asus brought the heat, announcing three game-changing laptops plus a crazy gaming phone.

The Taipei-based company also announced some, admittedly, less interesting updates to three of its mid-range VivoBook laptops, plus a pretty comprehensive redesign of its ZenBook S laptop. We’ll give you a full rundown of Asus’ Computex launches and whether they’re ground-breaking or yawn-making.

So those game-changing laptops, then. One, known presently as “Project Precog,” is the world’s first dual-screen laptop and, according to Asus, a true artificial intelligence PC. The other two, the ZenBook Pro 14 and larger ZenBook Pro 15, both feature a small touchscreen – the “ScreenPad” – instead of traditional trackpads.

These new Asus models are a pretty big deal – they represent some of the biggest changes to the traditional laptop format for a long time. And they might, just maybe, hint at the future for the laptops we use everyday.

Check our roundup guide of the Best Laptops for Designers 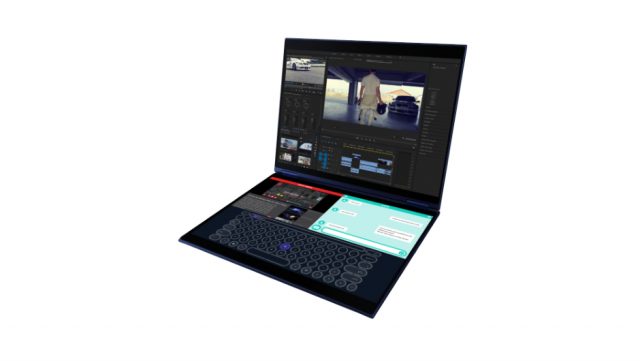 The Precog has two genuine screens. Great for multitasking, or extreme procrastination.

The Precog is a concept, rather than a ready-to-go laptop. Although, it should be coming to market in 2019, according to Asus.

So, what do we know about it? Firstly, the dual-screens are there to enable the AI capabilities of the Precog to shine, rather than be a bit gimmicky. Also, don’t think that the dual screens here will be like those found on the Lenovo Yoga Book. The Precog has two genuine screens that can display content, work with a stylus or be used as a keyboard. Given the demonstration we saw from Asus at Computex, we might be better off forgetting about the traditional way of using a laptop altogether.

You could lie it flat for two-player games like Chess or Battleships. Or, you could stand it up on its side for two tall, narrow screens – perfect for viewing your website while coding. In effect, the Precog’s two screens allow you to fully utilize the laptop real estate for multitasking, or to play games.

The claimed AI abilities are really what make this laptop shine.

The AI utilizes Intel’s Movidius Visual Processing Unit to carry out real-time object recognition. For example, this can know that when you move your hands towards the device, it should display a keyboard right where your hands will land. Or, when you present it with a stylus, it’ll free up the screen to make the best use of it.

Asus also claims the Precog will be able to predict when you’ll need to save power – if you’re in an external meeting, for example. The AI should also help make you more productive – imagine manipulating a data set on one screen in the Excel, while on the other screen, you have your keyboard and previews of different ways to present that data. You could then, all in the same screen, call Cortana or Alexa (yes, it has both) to schedule a meeting to talk about that data.

It’s pretty clever stuff. Whether it works in practice or not, we’ll have to wait and see. You can get a better look at the Precog by watching Asus' livestream. 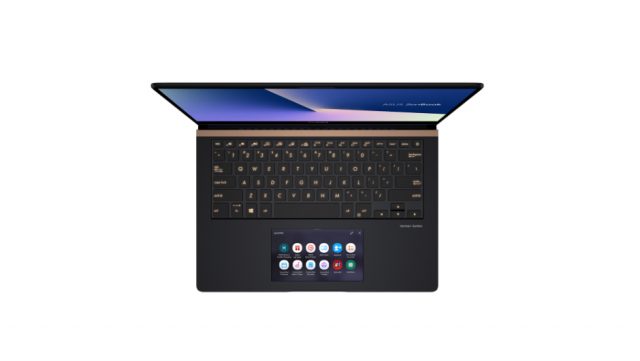 These two laptops feature the new ScreenPad. Basically, it’s a small touchscreen that takes the place of the laptops’ regular trackpad.

Of course, you’ll still use the ScreenPad in the same way as a trackpad, but it can also run some dedicated apps, including a calendar, calculator, music player, a numberpad (like you’d get on a desktop keyboard) or an app launcher.

This functionality has also been opened up to developers, so you should see some third-party apps for ScreenPad soon.

As well as the apps, ScreenPad can also mirror your phone’s screen or show its notifications. It’ll also spot when you’re running programs like Word or Excel or watching a video on YouTube and give you controls specific to these tasks. 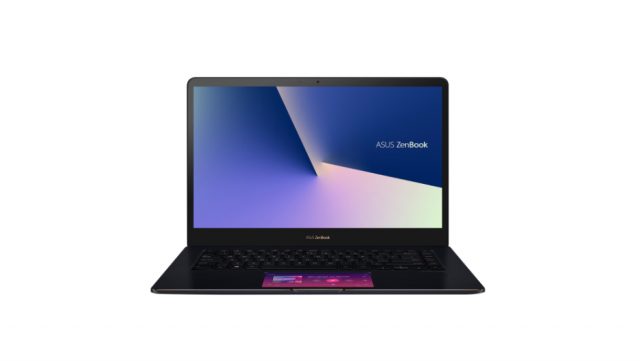 It's bigger brother, the ZenBook Pro 15, also comes with the ScreenPad.

Unsurprisingly, the ZenBook Pros are powerful machines – the 15-inch model will feature a 4K display and pack in up to an Intel Core i9 processor, an NVIDIA GeForce GTX1050Ti graphics card, 16GB of Intel Optane memory and a terabyte of SSD storage. 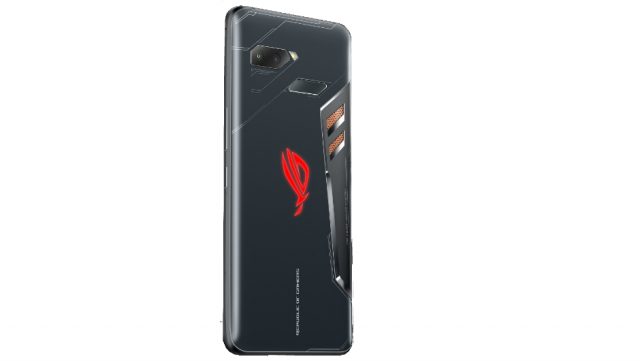 Beyond that, though, the ROG Phone (short for Republic of Gamers) is pretty much unique.It’s a device aimed at high-demand mobile gaming, and has features to rival all the big-name smartphones.

Let’s get the smartphone basics out of the way, first. The ROG Phone is a 6-inch device, running Android 8.1, features a powerful Snapdragon 845 processor, has 8GB RAM and has either 128GB or 512GB of storage.

These are top-of-the-line phone specs that would make an iPhone X or Samsung Galaxy S9 blush.

Now, onto those gaming features. First up, there’s a dedicated cooling system, known as 3D Vapor-chamber, which debuted on Asus’ gaming laptops a few years ago. There’s also a clip-on headphone jack/powercable adaptor that disperses heat even further, and keeps the cables away from your hands on the side of the phone.

On the sides of the phone, there are two so-called “airtriggers”. These triggers act as virtual buttons, similar to those on the front of Playstation controller and can be custom-mapped by users to perform certain functions in their favourite games. 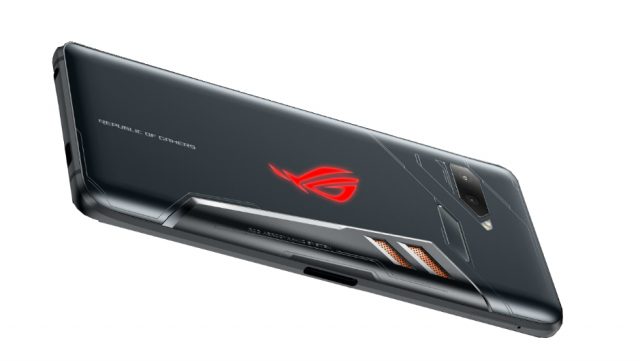 You can't see the airtriggers but, trust us, they're there.

There are also loads of accessories which should enhance the ROG Phone as a gaming system. These include a Mobile Desktop Dock, which will allow connections to a monitor, keyboard and mouse, a Gamevice controller which can stream what’s on the phone to a TV and the TwinView Dock which gives it two screens – similar to a Nintendo 3DS.

The ROG Phone only has one real competitor – the Razer Phone. Again, this is a brand that began with gaming hardware and moved over into phones. However, the Razer Phone keeps with a more traditional smartphone design, rather than all the chunky edges and customizable LEDs of the ROG Phone. The Razer Phone will set you back £699, but given the specs, accessories and technology which has been stuffed into the ROG Phone, it’ll likely cost a fair bit more when it goes on sale later in 2018. 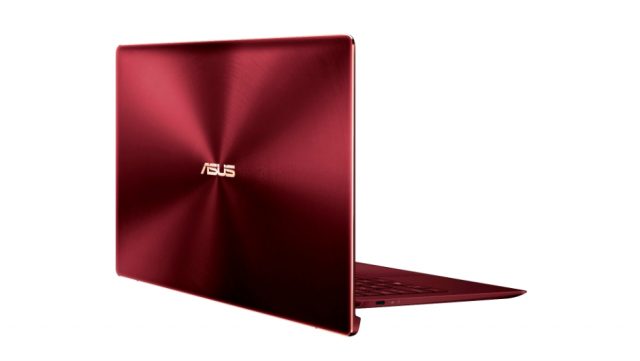 Not your average hinge or stand

So, back down to earth. The ZenBook S must feel slightly awkward in this company, given that it is just a traditional laptop. However, it’s still a very impressive notebook with a 13-inch 4K touchscreen, Intel Core processors and SSD storage.

The real innovation comes from the ErgoLift hinge. As you open the laptop, this tilts the screen forward by 5.5 degrees. This should give you better typing comfort, improved cooling (as air can properly flow underneath the device) and superior audio.

All of this is wrapped-up in a chassis which is just 12.9mm deep and weighs about a kilo, or about 2lbs. Unfortunately, we’ve got no word on price or availability at the moment. But expect it to hit the shelves some time in 2018 and be pretty expensive. 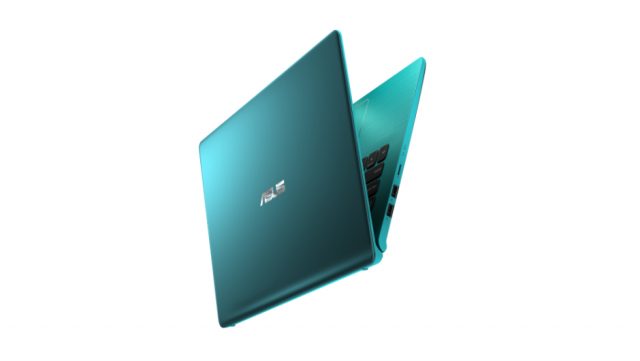 Maybe yawn-making is a tad harsh, the VivoBook S laptops are pretty decent devices. But, given the company they kept at Asus’ launch event, these updates are about as interesting as watching paint dry.

They feature some decent specs, 8th-gen Intel Core processors, a choice of SSD or HDD storage and NVIDIA GeForce MX150 discrete graphics cards. So while they’re unlikely to satisfy hardcore gamers or designers, they should pack enough punch to meet the needs of most home users.

The VivoBook S models are following the lead of other premium laptops, such as Acer’s new Swift 5, by maximising the screen-to-body ratio by reducing the size of the bezels. The S15 has an 86% screen-to-body ratio, the S14 manages 84% and the S13, remarkably, is at 89% – this means you get a 13-inch screen in a laptop the size of an 11-inch device.

There’s no word on price or availability, but we’d expect the VivoBook S range to set you back about $700-$1,000 depending on spec and screen size. 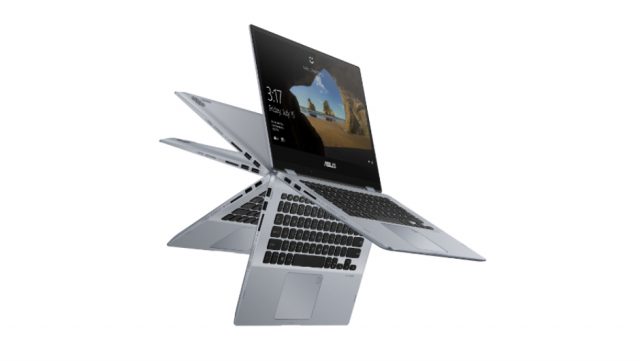 You spin me right round…

This is a unremarkable refresh of a mid-range convertible laptop for Asus. It’s smaller, being only 17.6mm deep, compared to the 19.2mm profile of its predecessor, and it weighs about 100g less than its forebear, putting it at 1.5Kg.

You can now get up to a terabyte of SSD storage and 16GB RAM – although we’re not sure why you’d need these sort of components in a device like this. It also has a stylus thrown in, which should come in handy when using the Flip 14 in tablet mode and has a fingerprit sensor for one-touch login. Again, no word on availability, but expect something in the $500 range. 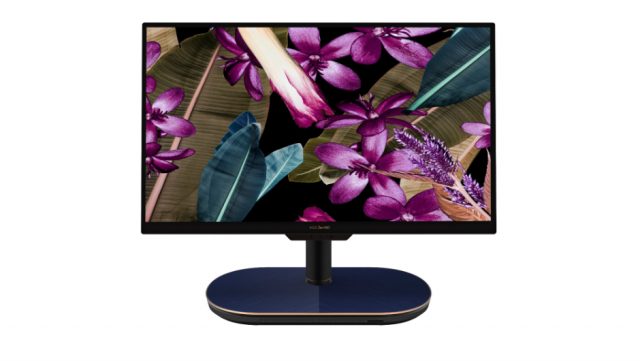 That pastille-shaped base will charge your phone – neat.

The Zen AiO 27 apparently has “An ergonomic stand with tilt, swivel and height adjustments” which should make it easier to find your perfect viewing angle. The stand also features a built-in Qi wireless charger, which is a nice touch.

If none of these laptop models float your boat, or if you can’t wait for Precog to become a reality on 2019, check out our picks for the Best Laptops for Designers in 2018.