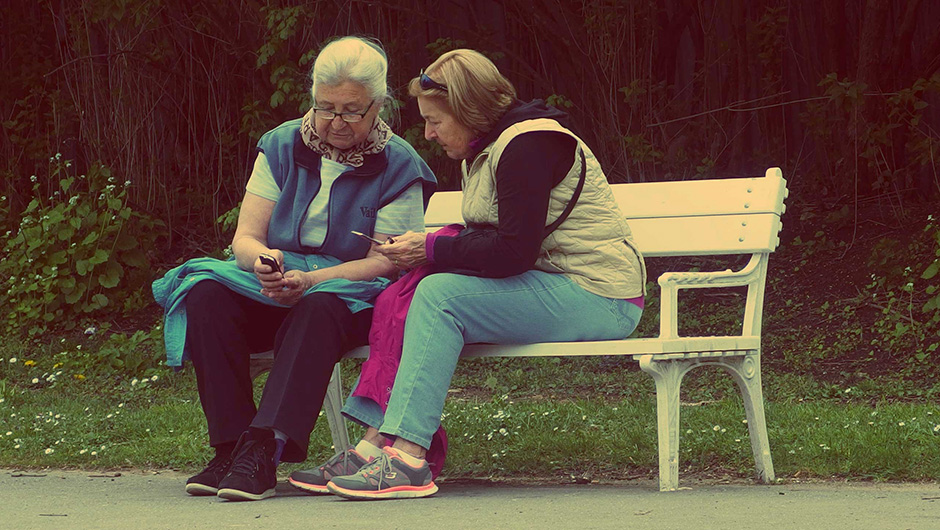 The U.S.’s Baby Boom generation has an uneasy relationship with technology.  On one hand, the generation which was born post-World War II is the fastest growing segment of technology consumers.  On the other hand, the technology being marketed to them is in some ways much different than that marketed to their children and grandchildren.  This trend is necessary, as technology will help assist those caring for them — nurses, doctors, and caregivers who are decreasing in numbers but increasing in demand.

Baby Boomers are defined as adults ages 51-69 (born between 1946 and 1964). They are also classified as digital immigrants — those who were not born with technology such as video games or cell phones, let alone smartphones.  Not even their children, those of Generation X, born from the early to mid-60s through the early 80s, are digital natives.

There are differences in the types of tech Baby Boomers buy with their disposable income and the ways in which they use them.  Eighty percent of Baby Boomers had cell phones in 2010, but by 2015, only 27% of those 65 and older who owned cell phones actually owned smartphones.

However, in 2014, the majority of Baby Boomers were using more than one piece of tech.  For those 55 and older, 68% of them use more than one device: phone, tablet, and/or computer.  It is the way in which they use tech which differentiates them from their younger counterparts.

Digital immigrants such as today’s grandparents use technology as productivity tools.  Jessica Naziri of USA Today profiled a 70-something grandmother who uses her phone to order her prescriptions and her iPad Air to connect to her those grandkids.  She also conducts research and shops on her iPad Air.

Technology such as SMS messaging was originally created — by members of the Baby Boom generation — as a productivity tool within the context of the technology sector.  It was supposed to be used by engineers to communicate with one another regarding service calls and outages.  Today, it’s used for connectivity — an idea that came from the Millennial generation.

When they do want to connect, they do so on Facebook.  For Baby Boomers 65 and older, 56% of them use Facebook over the other popular social media sites, such as Twitter or Google+.

Adapting Technology for the Age and the Aging

Despite their abilities to adopt and adapt technologies, Baby Boomers and the following generations must face the fact that the post-WWII generation is indeed aging.  Fortunately, technology is — in a way — aging with them.

In the same article in which she profiled her tech-savvy 70-something, Naziri pointed to several “senior” technologies.  As more people age, healthcare becomes a great concern, and technological advances are leading the way in caring for the aging.  An app called Medisafe uses the Cloud to alert a friend or family member when someone misses a medication dose.

Alternatively, dementia is a concern for any patient, and there are many motion-sensing technologies in development and on the market which monitor the patient’s activity — one is the Vigour cardigan detailed in Naziri’s article.  The cardigan is similar to a Fitbit in that it gathers data over an extended period of time for both the patient and his or her therapists.  Vigour is in the development stages, but there are already motion-sensing systems of other types on the market which even include social elements.

Footwear technology is evolving to help monitor the health and safety of the aging population as well.  Shoes with GPS locators embedded in the heels are being used in case a patient with dementia becomes lost.  Originally a technology for locating lost or kidnapped children, it has become a successful product in this market as one would rarely leave a home without shoes.

Mobility scooters are even getting the digital upgrade — to the tune of nearly $10K.  However, if a loved one or patient happens to accidentally roll out of control, this mobility scooter, the Whill, can be controlled through an app — by someone else.  Marketed to anyone with mobility issues, the Whill is still in the development stages, but the advantages for the senior market are many.

While many people complain today about being “tied to their phones,” the Baby Boom generation has a different attitude about that little brick of technology.  Asked to describe their phones as either representing “freedom,” or a “leash,” 82% of seniors who own a smartphone cried: “Freedom!”

This is likely to do with that simple difference in philosophy regarding technology.  Because Baby Boomers use their smartphones for tasks such as actually speaking to fellow human beings and sending some text messages, they are not “on their phones,” as often as younger generations.

In the case of technologies developed for seniors as they age, many can lead to more independent living, such as the Vigour, which has the potential to encourage more activity in seniors — much like wearing a Fitbit or a Garmin Vivofit 2 would someone younger.  Thus, the Baby Boom generation gains freedom through technology in all ways.