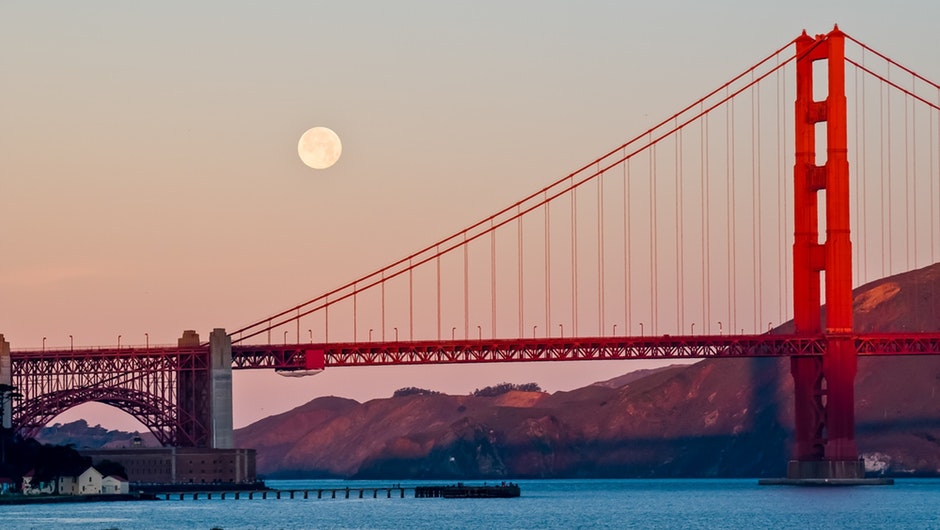 In 2015, a worker in the San Francisco Bay Area earning $100,000 a year would need to put their entire post-tax salary into renting a three-bedroom apartment. The popular tech destination is infamous for that extreme cost of living, which has worsened in recent years. Areas such as Oakland and San Francisco saw rent increases as high as 40 percent between 2015 and 2017.

Plenty of workers have had enough: In the final quarter of 2017, according to real estate company Redfin, more residents left San Francisco than any other major U.S. city.

You'd be forgiven, then, for assuming the city is seeing a net loss of tech workers. But, you'd be wrong, according to a new report out from LinkedIn. Here's a look at the most interesting facts surrounding the tech industry's biggest stronghold, what they mean, and what those in the industry have to say about what's keeping tech workers in the area.

LinkedIn's April report on the state of the U.S. workforce leans on data collected from over 146 million U.S. users and the over 3 million job positions the professional network fields each month. And, as it turns out, reports of Silicon Valley's destination demise have been greatly exaggerated.

“Despite its steep housing costs and long commutes,” the report notes, “San Francisco is still a net attracter of talent: our data shows that the number of people moving to the San Francisco Bay Area continues to outweigh the number departing for greener (less expensive) pastures.”

In short, while workers are leaving, they're more than replaced by the incoming crowd. Cities across America's heartland continue to see a trickle of workers leaving for the Bay Area, too. The report name-drops Chicago, Pittsburgh, Detroit, Minneapolis, St. Louis, and Cleveland-Akron in particular.

The LinkedIn report does note that the number of those moving into San Francisco has dropped by 41.7 percent since February 2017, an indication that the influx is slowing, even while it hasn't entirely stopped.

The impact can be seen in the skills gap  — the San Francisco Bay Area has the largest skills gap among the locations covered by LinkedIn's report, meaning that supply isn't keeping up with demand. The Bay Area also ranks number one in skills scarcity. 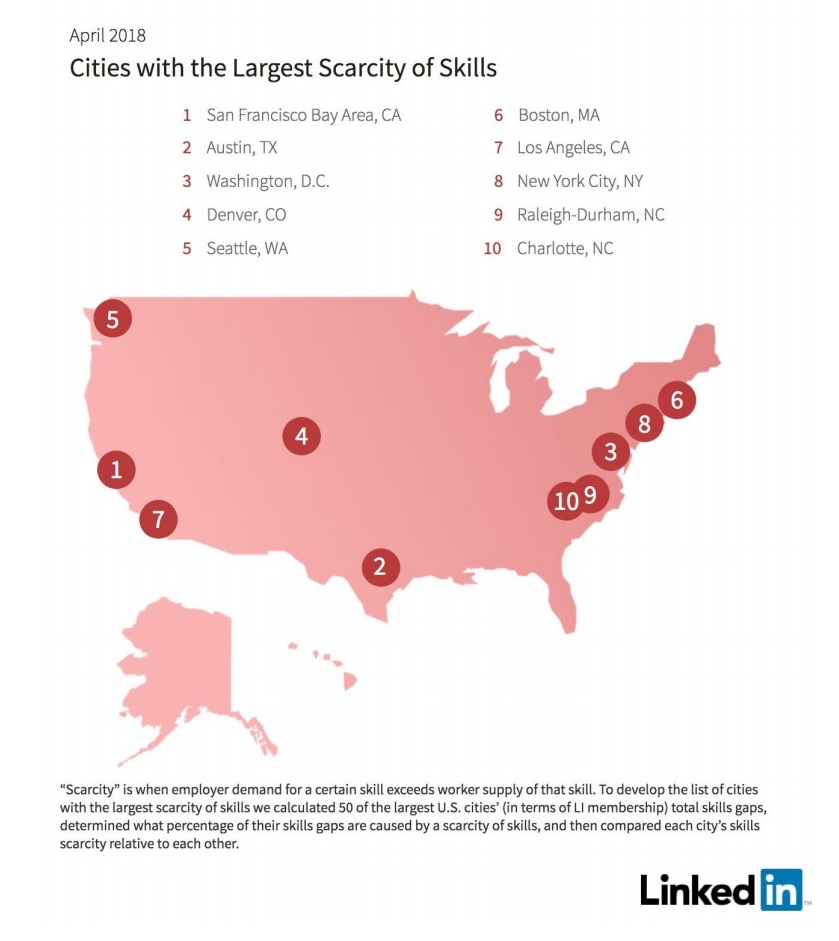 While former San Francisco residents could head anywhere in the world — and many countries offer a cost of living even better than the U.S. — their final destinations understandably tend to meet a more familiar template. Workers are seeking destinations that are large, tech-friendly, on the rise, and — of course — have a lower cost of living, even if not a particularly low one.

So, which city wins out from this magic formula? Seattle steps up as the top destination, though Denver and Austin sit at fourth and fifth place on the list and also fit the description of a bustling tech city.

One interesting note: Seattle may be a top destination for tech workers looking for the next San Francisco, but that means Seattle's less wealthy residents are taking their own leave. According to the Redfin report, Seattle was seventh on the list of most abandoned U.S. cities in the final quarter of 2017, with 10.4 percent of the service's local users actively searching for a new residence elsewhere.

Those who can't divorce themselves entirely from the much-hyped Bay Area opt for nearby towns that will let them commute: Sacramento is the third most popular location for ex-San Francisco residents, while Stockton is tenth, Modesto is eleventh, Fresno is thirteenth, and Salinas is fourteenth. After, it's a balancing act for many in the industry, who rely on the same location that's pricing them out.

“It is inconvenient and the parking is very difficult to find, but along with peers who also drive this long commute; we have to do it because the area is too congested to be able to live in full time,” Sacramento marketer Christina tells me.

“It would be very difficult to live in San Francisco but it would also be difficult if I didn’t commute there to work, since I am in the tech industry.”

Nevertheless, concerns about the shifting demographics in the Bay Area shouldn't be ignored. Some are leaving and others are entering — so the question is, who's leaving, and how essential were they to Silicon Valley culture?

Writing in March, the New York Times' Kevin Roose had an answer that will hit Bay Area-bound tech workers where it hurts: Their wallets. According to Roose, investors and other power players are reconsidering their home city.

“In recent months,” Roose writes, “a growing number of tech leaders have been flirting with the idea of leaving Silicon Valley. Some cite the exorbitant cost of living in San Francisco and its suburbs, where even a million-dollar salary can feel middle class. Others complain about local criticism of the tech industry and a left-wing echo chamber that stifles opposing views. And yet others feel that better innovation is happening elsewhere.”

The less influential are leaving even faster than the larger players: Under-40 renters in California are more than three times more likely to leave than those over 40, according to a poll covering the entire Bay Area-wide and conducted by the Bay Area News Group and the Silicon Valley Leadership Group. Part of that lost “innovation” that is leading to the area's lost luster may be tied to the younger up-and-coming crowd leaving the area.

While it's no cause for celebration when any group of workers takes flight, the loss of the movers and shakers who have defined Silicon Valley's recent history would be the true game-changer. If they leave, they take their massive influence and venture funds with them.

The Bay Area is holding strong population-wise, but that isn't the only metric to consider. In a few more years, the area may well hold less esteem and carry less clout in the tech industry, even while it remains as populated as ever.