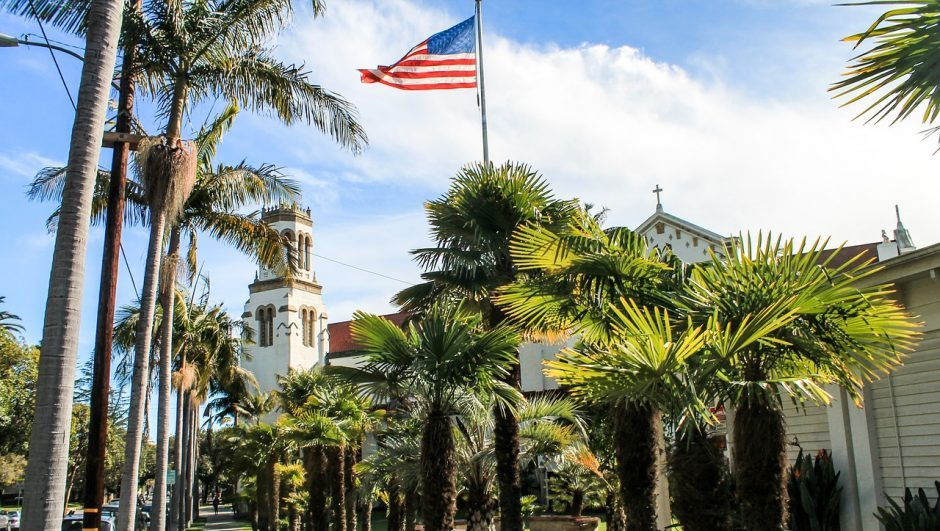 Among the beaches and mountains of Santa Barbara, there is an emerging tech scene that is attracting founders to the city from Los Angeles and San Francisco. Kyle Ashby, cofounder of The Sandbox Santa Barbara and StartupSB has helped launch new spaces, initiatives and entrepreneurial builders to support the community.

This time for the #StartupsEverywhere, series, Kyle talks with me about launching The Sandbox, his startup, the challenges in Santa Barbara and economic growth. I am a community builder. I support startup and entrepreneurial programs in the Santa Barbara community, as well as local events and collaborations, that help to foster new ventures and a healthy environment for entrepreneurs. I am also an entrepreneur. I’ve helped to found and launch tech products and businesses (including Brandlive & Kaldera consulting) and organizations (Startup Santa Barbara). I'm also the cofounder and owner of the coworking and creative space The Sandbox Santa Barbara, and serve as a mentor for many programs, including UCSB’s Technology Management Program, and am on the board of a few non-profits, including Youth Interactive.

Startup Santa Barbara (StartupSB) is a support organization that was founded in 2010 to bring entrepreneurs and startups together to collaborate and innovate. We provide opportunities, connectivity, and resources for entrepreneurs and the creative communities to connect and build a stronger business ecosystem on the Central Coast.

The Sandbox Santa Barbara is a coworking, shared office space and event venue that doubles as an event venue.. We focus on tech, lifestyle and outdoor brands, and creative entrepreneurs. We are also home to StartupSB and the Santa Barbara Chapter of the American Institute of Graphic Artists.

What’s the most exciting thing that has happened in Santa Barbara in the past few years?

For me, it’s been establishing The Sandbox. The Sandbox provides a home for StartupSB, as well as the entrepreneurial and creative communities and lifestyle brand companies in Santa Barbara. We opened the doors in February and are growing our member base of entrepreneurs, designers, and creative professionals. We have also hosted a couple of events, including StartupSB’s “The Business of Virtual Reality,” and a number of recent film screenings in partnership with Patagonia and the Santa Barbara Jazz Festival. My business partner Mark Schulbach and I have know each other since childhood, and our strengths are very complimentary. We are supported by a small group of investors who are interested in being involved in the Santa Barbara startup communities growth, and a number of local partners. I’ve visited close to 100 coworking spaces and incubators, and Mark has built a number of public spaces. Compiling our ideas and identifying the best options to use in a building with a very open floor plan has been an ongoing and very rewarding project.

For those in the tech, startup, and venture communities, I think the most exciting development has been the recent growth and success of a number of Santa Barbara-based companies. Over the past five years, we’ve seen a number of large funding rounds (Procore has raised $80 million in venture funding since February 2016; Apeel Sciences raised a $33 million Series B round last December), a few impressive exits (Lynda was acquired by LinkedIn in 2015 for $1.5 billion), and a number of successful IPOs (The Trade Desk, based in Ventura, went public last September and Appfolio had IPOs in 2015).

For the broader local community, the launch of a number of great new venues and programs has been exciting. These include the Santa Barbara Center for Art, Science, and Technology (SBCast) and the Moxi the Museum of Exploration and Innovation, as well as continued success of non-profit organizations supporting entrepreneurship like Youth Interactive.

What is the biggest challenge you face in Santa Barbara?

Keeping talent in Santa Barbara has proven to be difficult. We often lose college graduates to larger cities with more plentiful and diverse opportunities. Santa Barbara can be a tough place to navigate for young adults if they don’t have a huge network. In the past, skilled professionals often look to Los Angeles and the Bay Area for tech opportunities. But this is changing, and as more Santa Barbara-based startups find success, the ecosystem will grow and evolve and more young professionals will remain in the area to launch or work for startups.

Another hurdle for entrepreneurs to overcome is the Santa Barbara housing and rental markets. With a number of universities nearby and a stunning, coastal landscape, housing is limited and often expensive. Still, in comparison to other tech hubs on the West Coast like Los Angeles and the Bay Area, Santa Barbara does have a lower cost of living.

First, I believe that Santa Barbara’s history of success has helped to create a culture that appreciates and believes in the promise of entrepreneurship. Santa Barbara was home to some of the earliest internet companies and has been producing innovative ventures for decades now. Some companies that began in the Santa Barbara ecosystem include Citrix Online (formerly Expert City), Software.com, Alias Wavefront, Yardi, Deckers, and more recently Sonos. SAAS companies, lifestyle brands, and medical tech thrive in the area and foster new innovation and venture development. Many of these company founders developed their skills at other companies, or in programs at UC Santa Barbara, such as the engineering department and the Technology Management Program, before launching their own ventures. This record of success has enabled a feedback loop where entrepreneurs and their teams don’t stop at just one successful company. Alums from these companies are able to take the lessons they have learned and start or invest in new ventures. They also are willing to help novice innovators: the area mentor network is made up of serial entrepreneurs, founders, and technologists that have been involved in the creation many of the area’s most successful companies.

Additionally, young talent is a crucial input to the tech and startup community in Santa Barbara. We’re lucky to have the Technology Management Program and the Bren School of Environmental Management at the University of California Santa Barbara (UCSB) nearby. Our high schools also have engineering and entrepreneurial programs. Both Dos Pueblos and San Marcos High School have won awards for their programs.

Finally, our location and the “Santa Barbara vibe” should also be noted, as they help keep entrepreneurs and companies in town. You can’t beat our beaches, mountains, or the local recreational activities that they offer. What are your short- and long-term goals?

Next year’s goals are around the growth of The Sandbox and Startup Santa Barbara, especially in terms of developing additional programs and maybe even new locations (for The Sandbox) to catalyze the startup and creative communities.

In the next five years, I’d love The Sandbox to have a diverse catalog of programs running in multiple locations on the Central Coast. It would also be great to be recognized for the unique environments we have created and the unique communities we have developed within the space.

Personally, I’d also like to begin helping other communities to expand and develop economic growth through fostered interaction between technologists, creative communities, and lifestyle-brand entrepreneurs.

What are some of the startups to watch coming out of Santa Barbara?