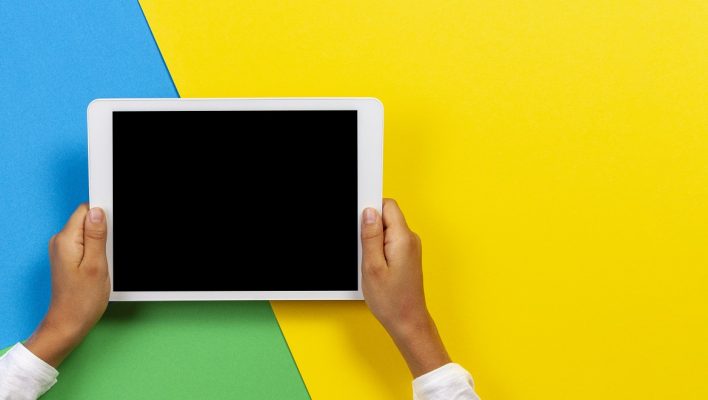 If we're being honest, 2019 wasn't exactly a banner year for tablets. Some new models got released, most were good, some were bad, but overall, it's been business as usual. It feels like the product could do with the same shot in the arm that we've seen the smartphone receive in 2019, where folding screens lead to genuine innovation and crazy new form factors.

Despite this, there have been some excellent tablets on store shelves this year, even if they are the usual culprits. Yes, Apple made some new iPads, and they're great! Amazon made some new Fire tablets, and they're…maybe not great, but boy, they are cheap! And then there's Microsoft and Samsung, scrapping for a piece of the tablet market.

We take a look back at some of the best tablets to come out this year, and which ones you should go for.

No surprises here, Apple's iPad makes the cut as one of the years best tablets. After all, it was Apple who pretty much kicked off the popularization of tablets with the original iPad a decade ago. Ten years later, the standard iPad has finally had a size increase, going from 9.7-inches to 10.2, but without increasing the size of the tablet itself, thanks to shrinking the bezels around the display.

So, how much more can you expect to pay for this faster, larger iPad? Well, it's the same price its always been, coming in at $329, representing pretty impressive value for one of the best tablets on the market. Sure you can go cheaper, but for the money, nothing will match Apple's iconic slab. 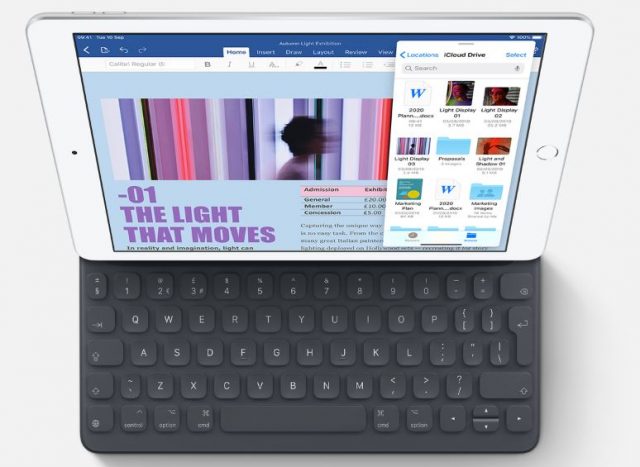 Want a cheap tablet? How does $50 sound? If that sounds almost too good to be true, then you might be surprised to know that this is the going price for an Amazon Fire 7. It gets better too, as Amazon, generous as they are, regularly discount this model to $35, at which point it becomes almost ludicrous NOT to by one.

Naturally, the Fire 7 is no powerhouse, but it'll stream Netflix  (or Amazon Video, naturally), browse the web, and let you play games, on the cheap. Specs wise, it won't impress, but the 1GB of RAM is more than enough to keep the tablet on its toes for day to day tasks. If you're a cinephile, you might not rate the sub-HD screen and mono speaker, but for watching hilarious cat videos on YouTube, it's damn near perfect. Oh, and did we mention it's cheap? 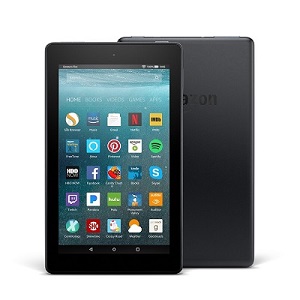 Amazon Fire 7
Super cheap, but we'd recommend the HD 8 instead
In Short

Amazon makes a return to our list with its tablet dedicated to the little people in your life, with the Amazon Kids Fire range. These are essentially the standard Fire tablets, but with a few extras, such as a child friendly user interface, rubber bumper to prevent damage, and — the killer feature — a two year warranty.

The kid-friendly Fire tablets come in a little more expensive than the standard models, but as any parent will know, the two year warranty will probably pay for itself in that time. If your child breaks the tablet, Amazon will replace it, free of charge, no questions asked. Whether it has been dropped in the bath, had its ports stuffed with peanut butter or been thrown from a car (by the child or you, we're not judging), Amazon will replace it. It's secretly the best deal in tech. 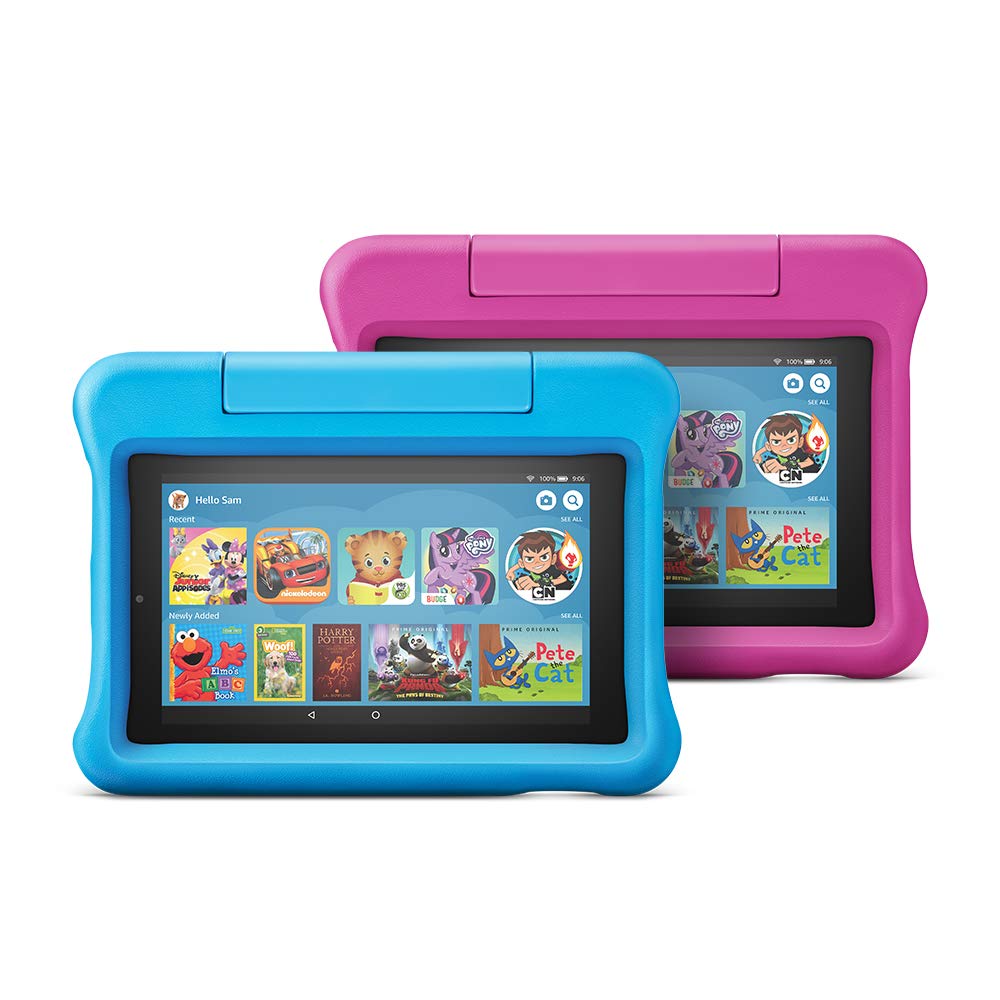 Apple might hog the limelight with its iPad series, but props to Samsung, they've been consistently producing some excellent tablets for a number of years, including its iPad not-quite-killer the Galaxy Tab S6. It's a versatile tablet, thanks to the fact that Samsung have included a stylus in the box, something that other manufacturers offer, but at an additional price.

Of course, it is also compatible with a dedicated keyboard, turning it into a laptop alternative, which can optionally run Samsung's DeX UI too, replacing the tablet-based interface with one that is more desktop-like, and adding support for a mouse. In other words, your tablet will genuinely feel like a laptop when you want it to, instead of only pretending to be one. With a capable Snapdragon 855 processor, the Tab S6 is a genuine iPad alternative. 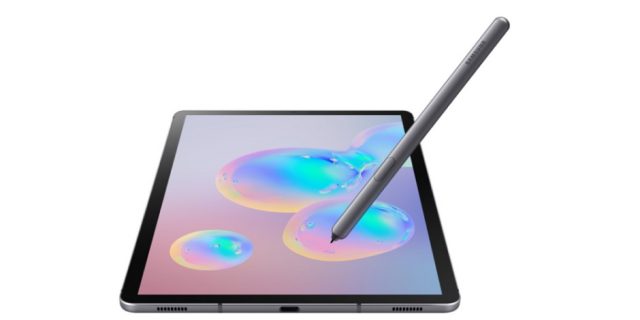 Microsoft's Surface range has long tried to occupy the middle ground of both tablet and laptop, and the Surface Pro X feels like the closest to reaching this goal. The Surface Pro X is a premium, powerful device that is equally happy being a large, 13-inch tablet, as well as a fully fledged laptop. It's essentially Microsoft's attempt at an iPad Pro, but designed for the Windows experience. For some of you, that's a horrifying prospect, but for those of you that are still reading, this could be the tablet for you.

There's some bad news to get out of the way, though. The excellent keyboard and stylus are sold separately, meaning you'll need to pay out around another $300 to get the full experience, and with the Surface Pro X starting at $1000, this thing ain't cheap. However, if you want a tablet that can truly double as a Windows laptop, it really is the best option, and you'll feel incredibly smug whenever you pull this thing from your bag. 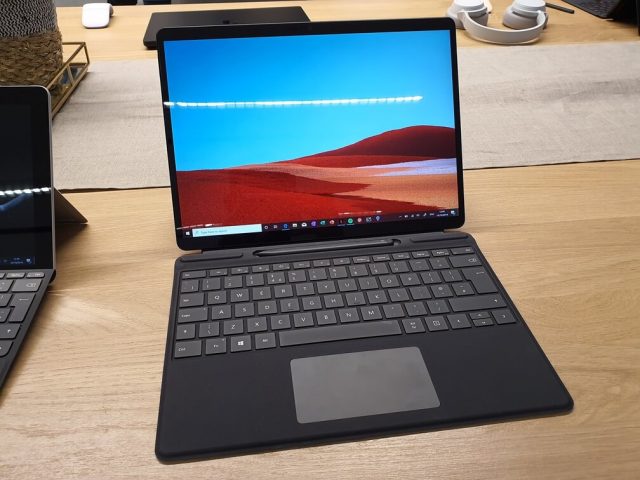 So what's next for tablets in 2020? Well, we'd put some serious money on a new line up of iPads for one. Yes, we're fairly confident with that prediction. Elsewhere, we could start to see some of that smartphone innovation make it through to tablets. Folding screens for tablet devices are already landing on patent office desks, and Microsoft is showing off its double screen Neo device that could, maybe, revolutionize how we view tablets. Time will tell, but 2020 should definitely prove an interesting turning point.