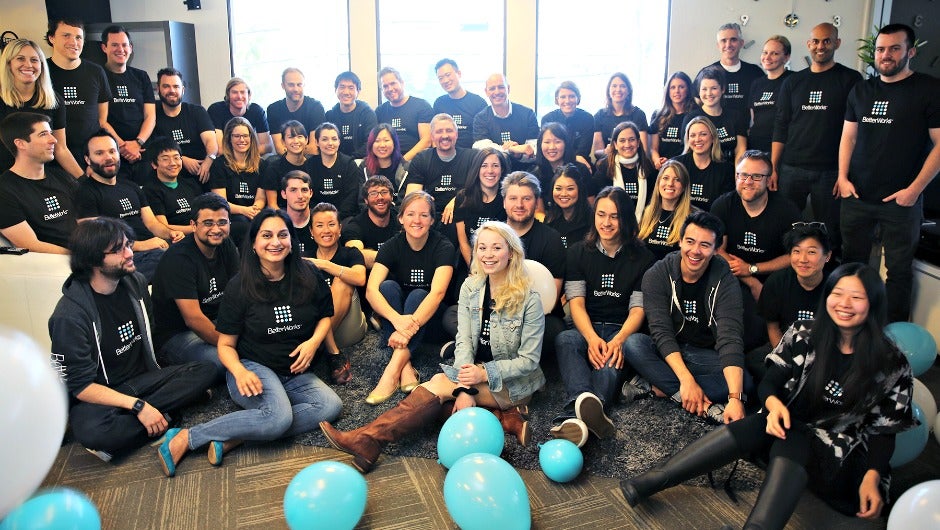 As organizations strive to achieve exponential growth and improve communication, there is a greater demand for relevant technological solutions. Redwood City, CA-based BetterWorks offers one such option, and has steadily been growing.

Since launching in late 2013, the company has built a client roster consisting of companies such as AOL, Shutterstock, and GoPro. Today, BetterWorks is announcing the successful close of a $20 million series B round led by Emergence Capital. The round is also backed by Kleiner Perkins, 8VC, and their investors from previous rounds. BetterWorks plans to use the capital injection to expand on their product offerings.

Their current platform is focused on developing company and employee goals, and tracking ongoing performance. Through the use of dashboards, collaborative features, and increased transparency, BetterWorks adds internal visibility to progress and productivity. According to their official announcement, AOL deployed the use of BetterWorks to each of their 6,000 employees.

“As we evolve from a stagnant annual cadence to an agile goal setting process, we’re ultimately creating a more open and transparent work culture for our team,” said Bill Pence, CTO of AOL. “We believe BetterWorks is a critical component to the new, modern enterprise software stack, as businesses replace spreadsheets and PowerPoints with a better way of managing and achieving company goals.”

Beyond AOL, BetterWorks has said more than 200,000 goals have been completed on their platform, which has also added new features in the past month. Their platform now supports planning, strategic execution, and people development, making it a viable agile solution.

“In a tightened economy, maximizing your team’s collective capability is mission critical,” said Kris Duggan, CEO of BetterWorks. “Business leaders in today’s climate are asked to do more with less and our solution is poised to help companies align, coordinate resources, and help their people to execute at the highest level, while enabling employees to find purpose and meaning at work.”

To date, the company has raised an estimated $25 million across four rounds.

“At Emergence Capital, we have invested in Salesforce, Yammer, Box, Veeva and SuccessFactors, and while evaluating the human capital management landscape we became convinced that BetterWorks is poised to become one of the next iconic enterprise companies,” said Jason Green, Founder and General Partner of Emergence Capital. “We believe the combination of its productvision, cadre of passionate enterprise customers and talented team will enable BetterWorks to break away from the competition in the employee engagement and emerging performance development domains.”