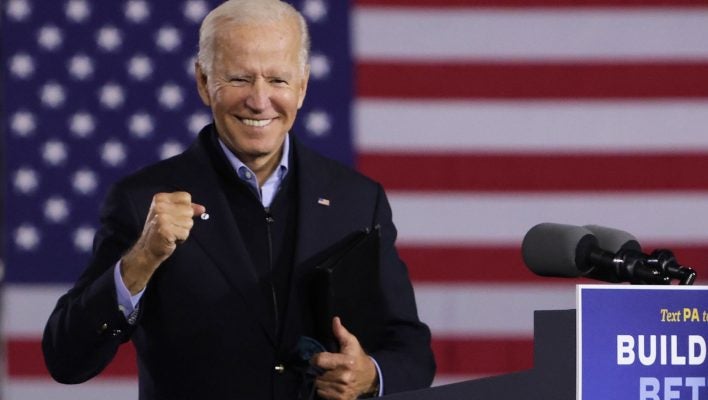 Well, the day has finally arrived: President Trump is leaving office and being replaced by Joe Biden.

While the world enjoys a collective sigh of relief, the tech industry is likely having a more complicated reaction to the transition, as the incoming administration could have a big impact on how business is done.

The last four years have been nothing if not chaotic for the tech industry under the Trump administration, but these companies have notably enjoyed being quite unregulated, as is tradition under a Republican president. Now, with Biden on the way, the tech industry could face some problems — and some benefits — as far as the new administration is concerned.

The Anti-Trust Suits Are Coming

Google, Facebook, Amazon, and Apple have faced scores of anti-trust suits in the EU, and the Biden administration could be the catalyst to launching even more investigations here at home. With 75% of Americans believing that tech has too much power, Biden could easily encourage further investigation into how these companies do business, which — let's be honest — will likely lead to some hearty fines.

In fact, anti-competitive practices could take a serious hit under Biden, who has been personally vocal about how he feels about tech monopolies, particularly one of the worst offenders:

Biden could even go further with his handling of Big Tech by revoking Section 230 of the Communications Decency Act, something he's voiced support for in the past. The largely bipartisan idea would open social media companies up to civil lawsuits based on the content found on their platforms, holding them even more accountable for the misinformation and hate speech regularly present on pretty much all of them.

Simply put, the whole “letting tech regulate itself” experiment has not gone well in recent years, and a Biden administration committed to holding these companies accountable could do a lot for improving the industry's reputation. Still, with scores of former tech executives in his cabinet, we'll have to wait and see if “change” was just a campaign promise or an actual motivator.

There's Work to Do

The Biden administration isn't all bad news for the tech industry though. While increased regulation could certainly put pressure on a few companies to knock off the nefarious business practices, Biden's been supportive of digital infrastructure initiatives, namely “expanding broadband, or wireless broadband via 5G, to every American.”

“As the COVID-19 crisis has revealed, Americans everywhere need universal, reliable, affordable, and high-speed internet to do their jobs, participate equally in remote school learning and stay connected,” reads the Biden website. “This digital divide needs to be closed everywhere, from lower-income urban schools to rural America, to many older Americans as well as those living on tribal lands.”

Now, we know that Biden isn't going to be laying cable and installing 5G towers in rural America all by himself, which means it's safe to assume that the tech industry will have a hand in improving the digital infrastructure around the country. This means more jobs, more funding, and generally more opportunities for the tech industry to improve its legacy while adding to its bottom line.

The Trump versus TikTok saga was nothing if not entertaining. The unflinchingly popular video sharing app went from banned to bought more times than we could count, and at one point, it actually looked like US users might never get to enjoy viral lip-syncing videos ever again. Fortunately, TikTok had a plan:

“My gut is that they’re hoping to ride this out, and hope that this is on the back burner and they can kind of skirt by under the radar,” Samm Sacks, a fellow at the think tank New America, said to the New York Times.

Now, the executive order from Trump was been delayed enough times that the responsibility will fall on the Biden administration to decide what to do about the China-owned social media powerhouse. And given the presidential transition, TikTok likely isn't going anywhere.

For one, Biden certainly doesn't have the same vendetta that Trump had against TikTok, given its role in thwarting some of his campaign plans earlier this year. Additionally, while Biden claims he'll be tough on China, the TikTok problem just isn't nearly as pressing as the many other concerns looming at the surface.

Still, a spokesperson for the Treasury Department insists that “the order requiring the divestiture stands” and that “work continues” on the plan to get the TikTok problem under control. So, as with most of the conjecture in this article, we'll just have to wait and see how everything shakes out over the next four years.