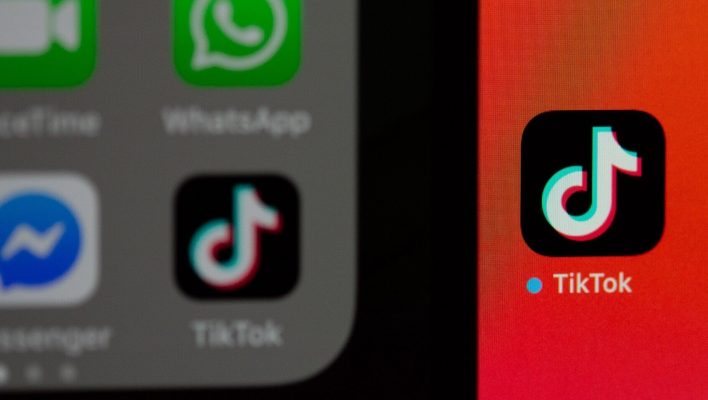 A new report has revealed that TikTok has overtaken Facebook when it comes to how long its users spend on the app.

Despite 2020 being a somewhat tumultuous year for the social media platform, with its very US existence at one point on the brink, it has still managed to beat its competitors to become the social networking app with the most time spent on it.

Social media apps have had a pretty good 2020 all round, with the pandemic causing many of us to move our social lives online.

According to the report by App Annie, taken from a larger study of mobile device use as a whole, TikTok screen time has overtaken Facebook for the first time, with its average user managing to fit in more than 20 hours a month — 21.5 to be exact. That's a lot of sea shanty memes. This figure is up from around 12 hours average TikTok use per month in 2019, and a 325% increase year on year.

While Facebook screen time has also increased, it has done so on a smaller scale, and yet both of these easily dwarf the platforms that follow – Instagram, Facebook Messenger and Whatsapp. These runners up have also seen a small increase in viewing time, but again, but they can't compete with the giants of TikTok and Facebook.

Of course, as it happens they're all owned by Facebook anyway, so collectively, so it's unlikely Mark Zuckerberg is losing much sleep about the threat of TikTok (at least not yet).

Not only is TikTok dominating in screen time, it's also ranked as the second most profitable non-gaming app, thanks to its combination of monetization through adverts, as well as digital goods. 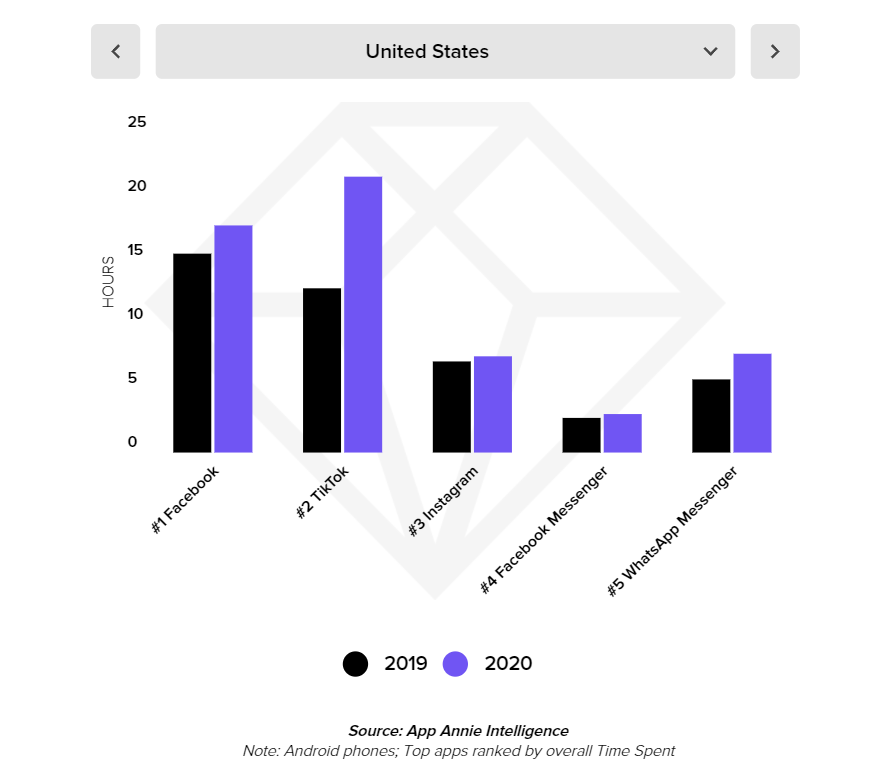 TikTok Not Slowing Down

TikTok is going from strength to strength, and is predicted to hit 1.2 billion active users in 2021. That's an eye-watering amount, and a potential audience that is bound to see many commercial interests working out the best way to sell to them.

Of these users, the US accounts for around 80 million devoted TikTok fans. This is no mean feat considering that TikTok's very presence in the US hung in the balance last year, after the Trump administration demanded the company be taken over by a US-owned company. Despite suggestions of potential buy outs, app store removal, and missed deadlines, this never actually happened, and now, in the week of the Biden inauguration, it seems that despite his threats, TikTok has managed to fend off Trump, and thrive.

Naturally, the 2020 pandemic has had a positive effect on social media platforms, and for many, life online has replaced face to face social interaction. Apps like TikTok have reaped the benefits of a captive audience looking for an outlet, becoming part of the daily routine in lockdown. And they stand a good chance of surviving, and retaining users, when the world ventures back out into the light again.

The report from App Annie doesn't just highlight the growth of TikTok. It's the mobile sector at large that has benefited from the previous year. The report states that mobile adoption has grown the equivalent of two to three years in the last 12 months. Apps have also replaced America's first love, the TV, with American's spending 8% more time on their smaller screens instead. That's 4 hours on mobile compared to 3.7 hours watching TV.

Another winner, according to the report, was business apps. With companies scrambling to adapt to home working, time spent in business apps rose 275%, and this looks like it will sustain for the near future. From video conference apps to project management software, and VPNs, there's no shortage of business solutions available.

Perhaps one of the most surprising findings from the report is that time spent watching video streaming has barely increased. In some cases, such as Netflix, there has actually be a slight dip. That's not to say that we're rejecting online video thoguh – the average monthly time spent on YouTube is over 20 hours, while Netflix comes in at 5. 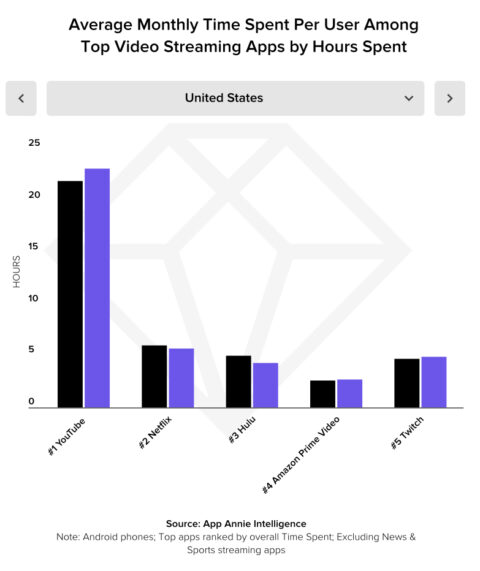