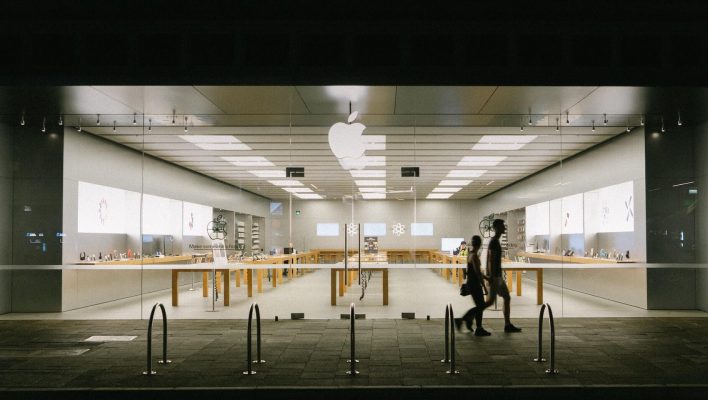 The antitrust hits from the tech industry just keep on coming, as Apple has reportedly been fined $1.2 billion by the French competition authority for anti-competitive practices.

While the world is focused on how to deal with coronavirus, the tech industry's many antitrust investigations aren't going anywhere, as this news clearly shows. Companies like Apple, Google, Amazon, and others have drawn the attention of investigators over the last few years, and the fines just keep getting bigger.

So why was Apple fined this time? Take a look at the information below and get ready for Apple to take a huge hit to its budget.

Why Has Apple Been Fined?

According to France's Autorité de la Concurrence, Apple is being fined €1.1 billion (approximately $1.2 billion) for illegally regulating how wholesalers priced Apple products. More specifically, the tech giant implemented higher prices to make sure they lined up with its prices worldwide to — and here's the important part — prevent meaningful competition. In the Autorité de la Concurrence's own words:

“Apple and its two wholesalers agreed not to compete with each other and to prevent distributors from competing with each other, thereby sterilizing the wholesale market for Apple products.”

The authority was happy to point out that this is the largest fine in the history of the organization. In addition to fining Apple, the competition authority also fined two of the tech giant's wholesalers — Tech Data and Ingram Micro — to the tune of €76 million ($84 million) and €63 million ($70 million) respectively.

How Has Apple Responded?

As you might imagine, Apple isn't exactly excited about the announcement. The $1.2 billion fine couldn't come at a less opportune time, as the company is struggling to keep up with production numbers during the coronavirus outbreak. Apple said in a statement:

Apple went on to be a bit more petty about the announcement, saying that “it relates to practices from over a decade ago and discards thirty years of legal precedent that all companies in France rely on with an order that will cause chaos for companies across all industries.” Naturally, the Cupertino-based tech company has plans to appeal the decision soon.

This investigation into Apple's anti-competitive practices began in 2012 and gained steam in 2016, when Isabelle de Silva was nominated as the head of the Autorité de la Concurrence, which was enough to land this massive fine on Apple's doorstep. Additionally, de Silva is responsible for the $167 million fine placed on Google due its abuse of its marketing role online.

France isn't the only European country going after the nefarious tactics of tech companies either. Countries like Germany have opened investigations into companies like Amazon and Facebook, only to be dropped in favor of larger, broader investigations opened by the EU that could come to a head in the coming years. According to some reports, fine sizes could be in the double digit billions, which might actually be enough to have an effect on the overwhelmingly lucrative tech companies of the modern era.

Even in the US, regulators are beginning to finally notice the unsettling ways in which these tech companies are run. Last year, the Justice Department opened a broad, antitrust investigation into big tech, specifically looking into how these tech giants came into the market power they so lavishly enjoy today. And if the US is looking to regulate a successful industry, you know it's bad.