The DLC release is an entirely new action packed level full of owls, pumpkins, and challenging obstacles designed for both the original Giana Sisters game and the more recent Rise of the Owlverlord expansion.

“That’s our way to celebrate Halloween with all the Giana Sisters fans out there,” says Adrian Goersch, Managing Director of Black Forest Games. “Since there is an extensive submission process required for consoles, we are currently not working on bringing the DLC to PSN, XBLA or WiiU. But for all those playing Giana on consoles there are several things planned for 2014.”

To date, this is the only game funded on Kickstarter to be released on every major current-gen gaming platform. During the campaign, Black Forest Games was able to reach beyond their target of $150,000 and hit $186,158 in total funding.

They have curated tons of challenging levels, cultivated lush graphics, designed amazing puzzles, and composed a legendary soundtrack for the player’s enjoyment. Aside from being an awesome Halloween idea, Giana Sisters is a great example of what people are bringing to life with the help of crowdfunding. 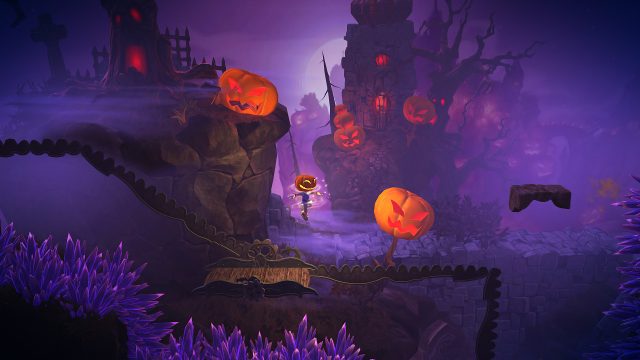