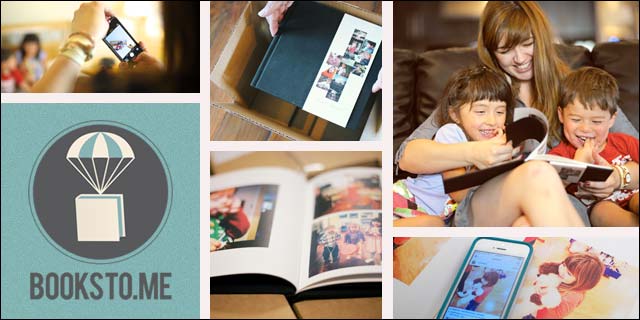 I've written previously about the different companies and services out there that will allow you to print your Instagram pictures. Despite the mainstreaming of Cloud services and having our Instagram photos readily available to us at any moment (whether it's through Instagram itself, saved through an album on our phones, or synced through Cloud services like iCloud or Dropbox), there's still something great about having physical copies of some of our most treasured (or at the very least notable) moments. Recently, I got to try BooksToMe, a new company that has created a subscription service that will deliver users a hardcover album of their Instagram photos on either a monthly or quarterly basis. 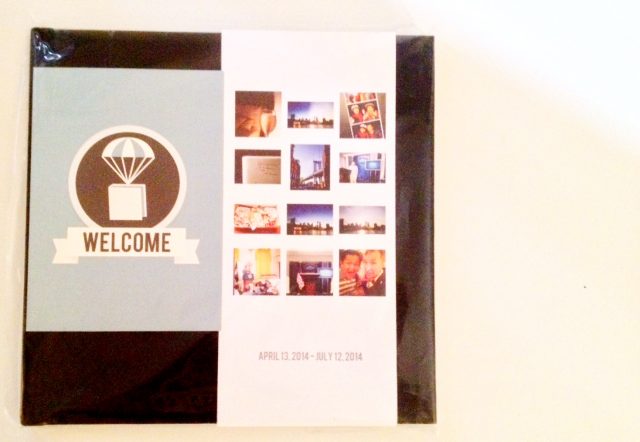 BooksToMe albums come shipped in a plastic sleeve and feature your most liked pictures during the given time period (I got the quarterly edition).

All albums sent by BooksToMe are 8″x 8″ hardcovers, and the pages are made using Neenah Classic Crest Smooth Digital 100# Text paper (which, I guess, is significant? I don't know a lot about paper…). The paper is FSC, Carbon Neutral Plus, and Green-e certified, which means that it's able to provide high-quality pics while helping to reduce carbon footprint.

BooksToMe works on a subscription model, which is different from other Instagram-related services currently available. Users can choose between the monthly plan (at $24 every month) or the quarterly plan (at $44 every three months). On the monthly plan, subscribers will receive a new album every month filled with Instagram pictures from the users' most recent month. On the quarterly plan, users will get an album containing photos from the last three months of Instagram activity. Subscribers can cancel anytime. 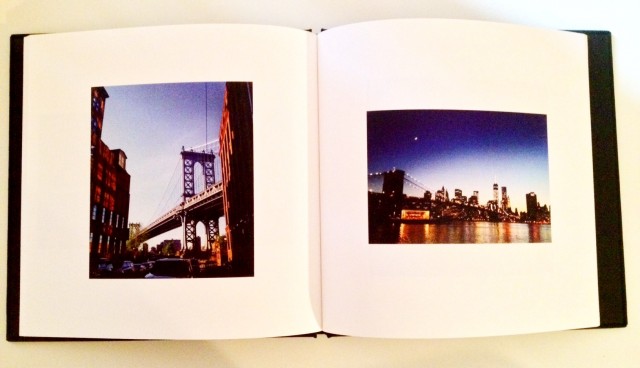 The album itself turned out pretty great, and the photos were of a similar high quality to that of some other Instagram printing services currently available.

Regardless of the plan you choose, BooksToMe will pull every image you post during that given time period, regardless of how many pictures you actually took. This means that there's no limit on the number of images that can be printed every month or every three months (well, if you go over 320 images in a given time period, then BooksToMe will have to spread that out over more than just one album; however, even then, no extra charges are incurred). This is a pretty good deal if you're a heavy Instagram user. Similar services offered through companies like Blurb charge additionally per extra page.

Each album requires no additional work from the user in terms of actually having to sort through their pictures and create a layout for them. BooksToMe will automatically take the photos directly from your Instagram feed during the given time period (i.e. past month or past three months) and generate the layout for you. For pictures that you don't want to include in an upcoming album, all you have to do is tag those photos with the #noBTM hashtag.

You definitely have to be vigilant about putting this tag on any of the pictures that you don't want included in your album. I thought I'd included the tag on some of the pictures on my Instagram stream from the past three months, only to find that I forgot to tag some truly heinous moments. Also, as a gay man, it felt kind of awkward using the tag #noBTM, and I giggled pretty much every time I'd write it on any of the pictures I didn't want to include in my album. But, I mean, that's really a non-issue. 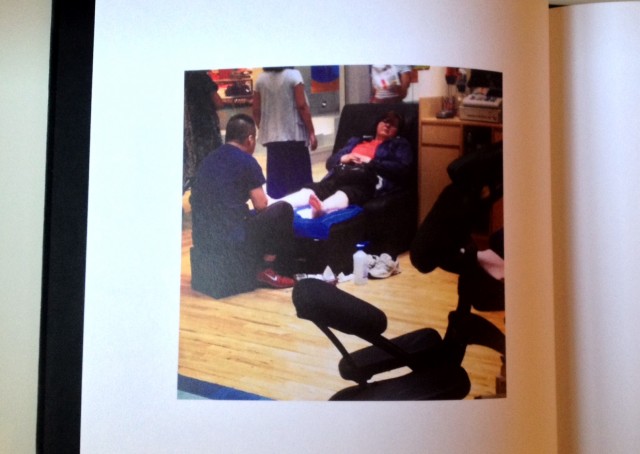 Behold: random woman getting a foot massage in the middle of a shopping mall. Now, her magnificent being is forever in my otherwise great hardcover album.

There Should be an Option for Layout Preference

If I'm choosing to subscribe to a paid service that prints my Instagram pictures and bundles them up in a nice hardcover album, that obviously means that I'm somewhat hardcore about photography or at least find a lot of value in the moments I choose to record. BooksToMe would be so much better if there were a way to somehow preview what will go into your next album and how those pictures are laid out. Or, at the very least, there should be an option that allows you to select which pictures should be featured on its own page (as opposed to sharing a page with other pictures). Like, I mean, I wish the photo above could've at least been squeezed together on a page with other pictures so that it isn't so prominent – there were definitely other pictures in my album that I thought could've and should've been featured on its own page. 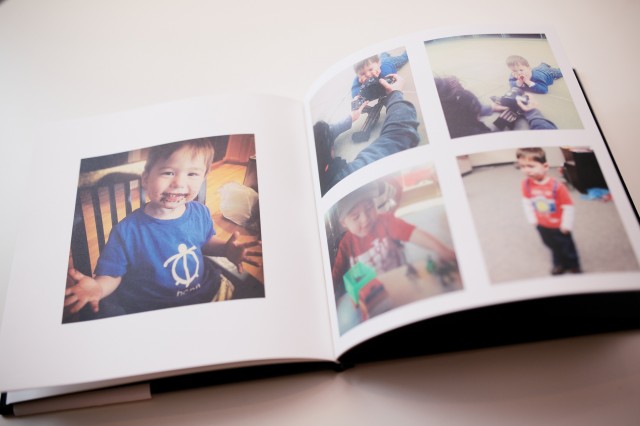 Layouts vary between 1 to 4 pictures per page. There should be an option (maybe through another hashtag?) that allows you to choose which photos should get more page space than others. (via BooksToMe)

I kind of wish that there was an option to include your initial photo commentary for each photo. While pictures are great, from an outsider perspective, it's kind of hard to decipher what's going on in certain photos in your album if people are lacking the context in which they were taken.

Overall, though, I was pretty satisfied with the album I received. Check out BooksToMe for yourself.