When most people think of the words “play” and “games,” it brings images of children playing together, or adult gamers lazily sitting in front of a computer or TV screen. Few are likely to consider gaming in the business world, but the reality is, play can be a useful tool in that setting as well. Industries that focus on using gameplay as a means of measuring performance and enhancing productivity have become popular.

Play, after all, is part of human nature. We are competitive, but gameplay can be used to encourage teamwork and strengthen the bonds of a team. Here are a few examples through which businesses of all sizes can leverage gameplay in improving their productivity.

Developers are jumping into the game with “bug hunts” and “bug bounties.” Sometimes, the public is included in the game, with big companies offering rewards for app testers, hackers, and third-party developers who discover and report bugs for patching. This was the case in 2012, when Google offered to pay out up to $1 million in rewards for anyone who found exploits, full and partial, in their Google Chrome browser.

Enterprise gamification utilizes metrics, quests, achievements, and other game-oriented activities in encouraging workers to improve their efficiency, productivity and output. This can include leaderboards and regular challenges. According to enterprise gamification firm GamEffective, leaderboards may not always be the best way to utilize gamification in a business setting. The more productive application is to encourage employees to compete more against themselves (e.g., improving their own productivity and value).

Some military and defense organizations use games to enhance strategy. In a study, War Play, Corey Mead takes a look at how the U.S. military officially deploys video games. From 1960 until the 1990s, the military lead financing, sponsoring, and inventing technology used in video games.

Using programs like DARWARS, the military can emphasize everything from infantry tactics, rules of engagement, convoy operations, and even cross-cultural communication. With specific games, such as Tactical Iraqi and Urban Slim, soldiers can learn language skills and counterinsurgency. War simulators like Virtual Battlespace 2, allow commanders to build frontline situations, like ambushes, IED explosions, and medical evacuations, to help train their soldiers. With the help of trained clinicians in controlled settings, these games also enable soldiers suffering from PTSD to confront their trauma in what’s known as “exposure therapy.” 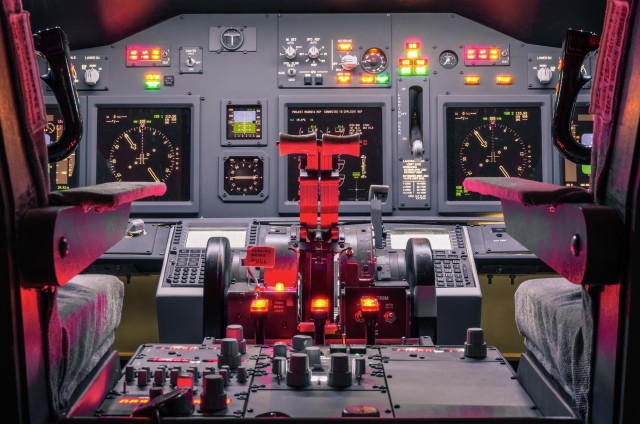 Aviation and motorsports professionals use these “games” to simulate the experience of the real thing. This allows them to train for a variety of scenarios when they’re really flying or driving. Thanks to apps like School Driving 3D, consumers can experience what these simulators offer as well. The app immerses the user in the driving experience, allowing them to learn the rules of the road, experience driving in several different vehicles, and more. 3D Airplane Flight Simulator offers the same experience for aviation, allowing users to practice take off, in flight, and landing.

Using gameplay to simulate real life possibilities in business, military and defense, as well as aviation and motorsports, gives people a chance to train for as many realities as possible. Making the experience close to reality allows trainees to get an idea of what to expect, and to test various scenarios to learn what they would do if any of these things actually happened. These are particularly helpful where live drills are expensive or otherwise impractical to setup.

In the work setting, performance can be the main aspect of the so-called game. When productivity is at stake, competition can go a long way in ensuring workers are up to the challenge. As silly as it may sound to some, gameplay is just as important to work as the actual work itself, especially when the gamification concept focuses on improving how the work is done, while also keeping people motivated with a rewards system.