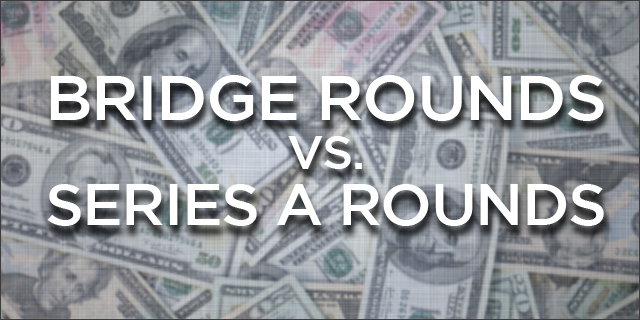 The ways startups fund themselves are rapidly changing. In the late 90s you could get started with a little friends-and-family money and then go straight to a Series A round good for a few million bucks—pre-product, pre-revenue, and pre-traction.

Then the bubble burst.

In the couple of decades since, startups and VCs have gotten a little bit smarter with regards to fundraising, with deep analysis of data sets largely replacing a “hunch” when it comes to investing.

Change is likely to come even more rapidly in the near future, for several reasons. One is that key provisions of the JOBS (Jumpstart Our Business Startups) Act are now starting to become law. In short, these will ease some securities regulations revolving around startups, making original investment (especially crowdfunding) easier. Changes are also coming from within the startup/VC community itself, with game changers like the AngelList “Invest” buttons and startup data analysis from companies like Dashboard.io. Traditional early stage VCs are going to need to be able to adapt rapidly (and re-adapt, and re-adapt…) or face forced obsolescence faster than you can say “iPhone 3.”

Two changes to watch for: the “bridge round” and “convertible notes.” A bridge round is what it sounds like: a round of funding that comes between your seed round and your full-blown Series A round. This can be used to extend your financial runway as you fully prepare for your Series A.

A convertible note is a relatively new fundraising tool that allows your investors to essentially “loan” your company money rather than buy stock at a predetermined price. This is good for the startup because it lets you delay a premature (and likely unflattering) valuation, and it’s good for the investor because it offers a wider spread of potential return options: at a later date they can either get paid back with interest, or convert their loan into stock at a discount.

My startup Speek leveraged both of these tactics in our fundraising strategy. We raised $1.5mm on a convertible note during our seed round earlier this year. We then decided to raise another $1mm (which we oversubscribed by hundreds of thousands of dollars due to demand) as a bridge round rather than going straight to a Series A.

Why did we go with a bridge round?

The simple answer is because we could. Bridge rounds are much easier to close quickly, and there’s an old adage in startup fundraising: “Take the money while you can.” You never know when things will change, and what seemed like sure thing easy investment flow can quickly dry up for a thousand different reasons beyond your control.

We were fortunate to have a lot of demand for investment in Speek, and a Series A round could have taken three to six months to close at a minimum. On the other hand, we knew we could round up over $1mm fairly quickly in a bridge round, shoring up some runway which we could apply to hiring for key roles and growing our key metrics with minimal effort.

It worked, and we did.

Another reason we decided to go the bridge round route is that timing-wise we knew we had some potentially huge distribution and user-acquisition tactics hitting in the months of September and October and we would rather coordinate those increased metrics to the start of our Series A round, since valuation is the biggest lever in a Series A negotiation, and experiencing exponential growth is the best way to impact valuation. By using a bridge round to buy a month or two to button up some product features, optimize some code and mature the product is a lifetime in startup time, so it was a risk, and the outcome is uncertain, but it looks pretty damn good so far.

Now, I’m not offering a blanket recommendation for bridge rounds. Every startup’s situation is different, and you’ll want to carefully analyze the pros and cons with your management team and advisors before making the call.

(If you insist on worrying about the series A crunch, you can always go ahead and hire the mythical growth hacker, a magical creature who will instantly boost your growth by hacking. Please add “growth hacker” to the ever-growing list of overused terms I wish would die.

The bottom line: startup funding is changing, for the better. We’re at the cusp of something major, and while that will be unsettling for all and unfortunate for some, in the long run we are shifting to a world with more options, and that’s a good thing. VCs should be nervous. The infamous “Sand Hill Road Crawl” is now defunct. The “Rise of the Rest” (à la Steve Case) is happening.

It’s a good time to be a startup, and I look forward to heading into this brave new world together.