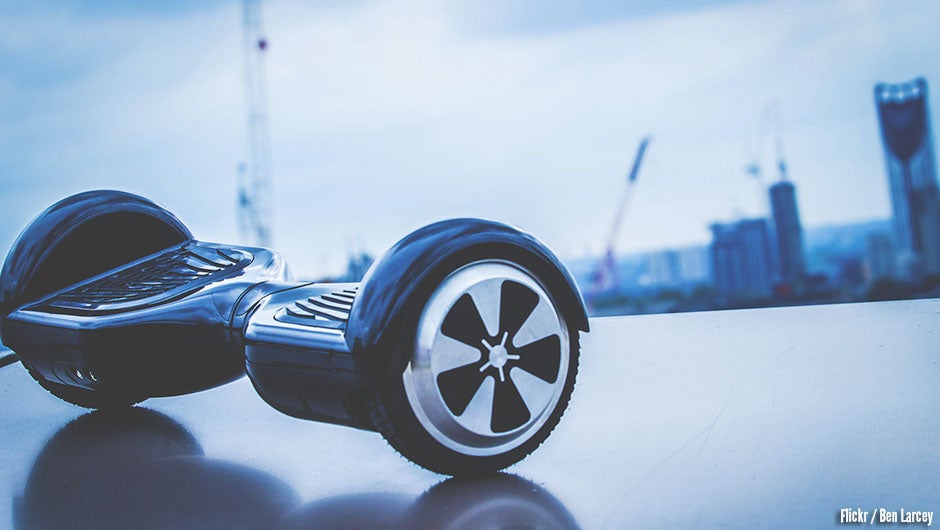 In the 1950’s, people could only imagine some of the technology that we have today. One bit of technology that was often fantasized about was the hoverboard. Well, today, fantasy is pretty much a reality. While there is no such thing as an actual hoverboard as of yet, technology has gotten us pretty close, and we do have personal vehicles that do use hoverboard technology. So, the fiction that was in Back to the Future II is now about as real as it is going to get. Let’s take a look at the history of the hoverboard, as well as what is available today and how to get one.

The History of the Hoverboard

As early as the 1950’s, scientists were working on hoverboard technology. Hilliar Aircraft created a version known as the “Flying Platform”, which would be a model that future hoverboard technology would be based on. Fast forward to 1989, and Marty McFly was time traveling in Back to the Future, Part II, and used a hoverboard to escape from members of the Griff’s gang. While this was fantasy, the technology was still being perfected. By 2001, inventor Dean Kamen used hoverboard technology to create “Ginger”, which today is known as a Segway Human Transporter. The day of the hoverboard is getting closer.

Fast forward to 2004, and the creation of a hoverboard on the television show, Mythbusters. Jamie Hyneman and the team created their hoverboard with a surfboard as a platform, and a leaf blower for the power supply. It got off the ground, but that was pretty much it. In 2005, Jason Bradbury created a hoverboard for the Gadget Show, which also used a leaf blower to lift it off the ground. Like the model on Mythbusters, this one got off the ground, but wouldn’t go anywhere. In 2009, a newer version was created that had propulsion, and it could be steered.

Hoverboard technology is moving along at a great speed. In 2011, the world saw the Mag Surf, a superconducting device that could levitate up to three centimeters. Then, there were two-wheeled hoverboards available for purchase, as well as devices that can carry weights up to 300 pounds. In 2015, Lexus introduced a magnetic hoverboard.

While there are hoverboards on the market, it doesn’t mean that finding one to buy is going to be easy. Most of the major retailers that do carry hoverboards are sold out, and others don’t carry them because there are too many liability issues involved. One of the best ways to get one is to contact a manufacturer directly. You can also create an Amazon alert that will notify you when one of the better brands becomes available.

Technically, there are no actual hoverboards on the market, but there are prototypes in existence. The “hoverboards” that are available for purchase today are glideboards, electric scooters, hands-free Segways, etc. But, these are all considered to be part of hoverboard technology, and they are loads of fun to use.

There are some things that you should look for discounts on. Hoverboards are not among these items. It really is true that you get what you pay for, and if you try to get a cheap hoverboard, it is not going to be good quality. Don’t expect to get a decent hoverboard for less than $400. In fact, the boards that get the best reviews cost $400 and up. A good rule of thumb is to start looking at models that start at $400. Alynah Patel, CEO of Hover Board Gear, said “Don’t go for cheap ones as you get what you pay for.”

Are Hoverboards Safe for Kids?

If you are planning on buying a hoverboard for a child, you must take that particular child into consideration. For instance, if they are small, make sure that you get a model that has a handle (a smaller version of the Segway). Opt for a model that goes no faster than twelve miles per hour, and one that has larger tires as they are somewhat easier for children to maneuver. A model with a middle knee rest is a good option for children, because it helps them with their balance on the board.

Are Hoverboards Legal to Use on Sidewalks and Roads?

Because hoverboards are a newer technology, the laws regarding their use can get a bit confusing. The best way to know for sure if you can legally use a hoverboard on streets and sidewalks in your area is to contact your municipality. Some places will allow them on sidewalks and hiking trails, but not on roads. Other places will allow them on roads, depending on how fast they go. Many private establishments, such as schools and shopping malls, ban the use of hoverboards on premises.

If you do plan on riding your hoverboard outdoors, and you have found out that it is legal, you will want to find a model that is going to work well on pavement and concrete. There are also models that will work better on rougher terrain.

Jane Hurst is a freelance writer from San Francisco. She contributes to Lifehack and Thought Catalog.