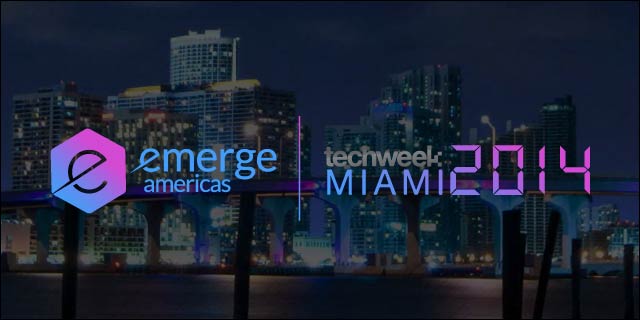 Editor’s Note: This post is sponsored by eMerge Americas. We thank them for their support. To learn more about Tech Cocktail's sponsored content programs, please contact us.

From May 1-7, eMerge Americas will host a huge tech conference hoping to bring together the tech scene across the Americas, with Miami as its hub. The conference, held in Miami Beach, includes summits, a hackathon, and a Startup Village. Between walks in the sun and trips to the beach, attendees will get to hear speakers from companies like 500 Startups, Amazon, Facebook, IBM, and the FBI.

The conference also includes a hackathon hosted at the University of Miami Life Science and Technology Park, where developers and designers will hack on the theme of “social good” and compete for $50,000 in prizes.

Other events include the Smart City Miami Expo, which will showcase innovations that make our cities run better; eMerge Games, a networking event for the video game industry; the STEM TECH Olympiad, where students in grades K-12 will showcase their STEM skills; and the Mobile Summit, which will explore the future of mobility.

But the conference won’t solely be about Latin America. It’s organized around a series of summits, such as health, money, cities, entertainment, and education.

eMerge Americas was created by Manny Medina, the creator of Terremark, who was himself born in Cuba. “It’s time for Miami to emerge as a technology hub for Latin America,” an early eMerge Americas video proclaimed, citing the over 2 million travelers from Latin America and the Caribbean who come to Miami each year.

Miami already has a lot going for it. There’s the NAP of the Americas, a major network access point managed by Terremark that handles a majority of the top-level Internet traffic going from Latin America to 148 countries around the world. There are a range of incubators, accelerators, and coworking spaces, like Venture Hive, Incubate Miami, The LAB, and Rokk3r Labs. There are our partners .CO and the Knight Foundation, who support startups in a variety of ways. Tech Cocktail also expanded to Miami in October, and recently hired our first Miami representative.

The goal of eMerge Americas Techweek is to take all this activity – and more – and connect it with what’s going on in other areas of the Americas. Early-bird registration is $195 until March 31 – sign up here!