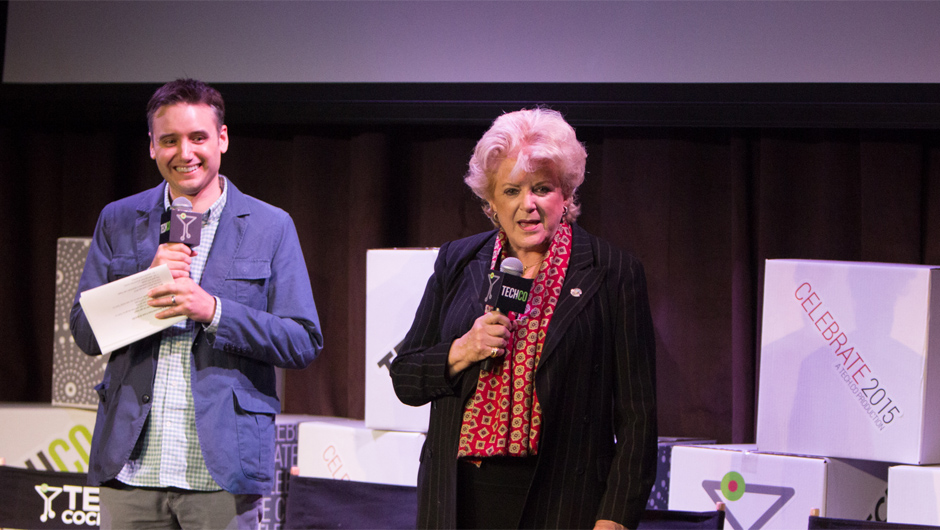 The very first speaker we had on the docket for our third annual Tech Cocktail Celebrate Conference was none other than the twenty-second Mayor of Las Vegas, Mayor Carolyn Goodman. She took the stage like a gale force wind, which isn't surprising given that she was born and bred in New York City.

Admittedly though, the Las Vegas she moved to in 1964 was much different than the Las Vegas we all saw at Celebrate 2015. Regardless, all of the properties downtown, the various companies that have relocated to the area, and all the entrepreneurs working to build Las Vegas' startup identity make her incredibly proud.

“It’s a whole new world for us,” says Goodman. “Here in Vegas we're about innovation, creativity, and doing something different.”

That's part of the reason she was so excited about Celebrate 2015: for Goodman, it's a perfect showing of how people are always willing to help and support the Las Vegas community. Further, she says that everything happening in the city is appreciated because it's what will determine the already bright future for Vegas – it's the heartbeat of where we're going.

Goodman also made a nice plug at the end of her welcome address about how there's no income tax in Nevada for anybody interested in relocating to the city. Here's the video: