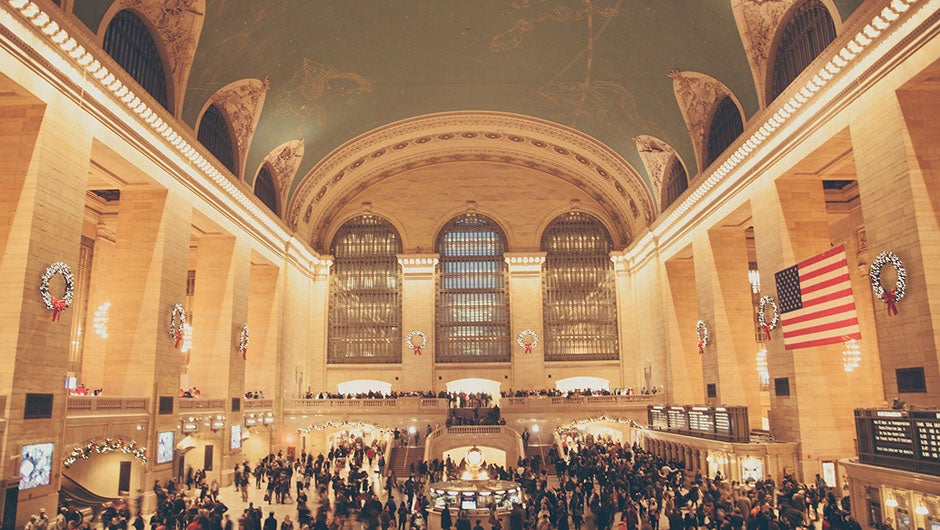 I love the New York startup scene. So much so that I moved myself from DC to NYC to see for myself what it was really like. Nothing against the DC tech scene – my heart will always be with you – but, honestly, Silicon Alley really is incomparable to any other startup ecosystem in the world. Look at last week's infographic we published on a founder's guide to the New York tech scene, and you can understand why New York is ultimately the best place to startup for some people.

Whether it's fashion and finance or consumer electronics and apps, the New York tech economy's got something to offer. I mean, really, can anyone expect any less from a tech ecosystem that is second only to Silicon Valley when it comes to venture capital and is arguably home to the most active startup community in the world? From city-wide government initiatives encouraging the tech industry to move the New York City economy forward, to independently-driven projects that have grown into bigger national initiatives, New York is the birthplace of tech innovation and business acumen.

But because of the New York tech economy's enormity, Tech.Co understands that it's simply unimaginable for consumers to learn about every amazing startup out here. That's why we're making our way to NYC and encouraging startups to pitch at our upcoming New York regional competition as part of the Tech.Co Celebrate Startup Tour.

On Tuesday, June 16, come join us at the Centre for Social Innovation, in Chelsea, as we host our New York Startup of the Year Competition & Mixer as part of the Tech.Co Celebrate Startup Tour. Sponsored by Consumer Electronics Association (CEA) and 43North the event will last from 7 PM to 9:30 PM and will feature some of Silicon Alley's most promising startups. Register now to see which startups are helping to push New York City ahead of the Valley.

Are you a startup looking to be part of the action? The winning startup of the night will also win an opportunity to join us at this year's Tech.Co Celebrate Conference in Downtown Las Vegas from October 4 to October 6.

At this year's Tech.Co Celebrate Conference, winners of our regional competitions will get the opportunity to pitch their ideas at our global pitch competition and win the coveted title of Tech.Co Startup of the Year.

But there's a lot more to win than just the title. All competitors at the global Startup of the Year competition will get the opportunity to be accepted into a top, U.S.-based accelerator. What's more, CEA will select one of the pitching startups as the winner of a Consumer Electronics Startup Prize Package. The prize provides the startup with a trip to the Consumer Electronics Show (CES) 2016, including hotel and travel stipend to Las Vegas, floor space at Eureka Park, and 10 CES exhibitor badges.

Apply Now and Make Your Way to Celebrate 2015

There are two ways a startup can qualify for the Tech.Co Celebrate 2015 global competition via our events:

What are you waiting for? Applications are due Tuesday, June 9th!

And, if you're interested in attending and learning about each of these New York startups, make sure to buy your ticket now: