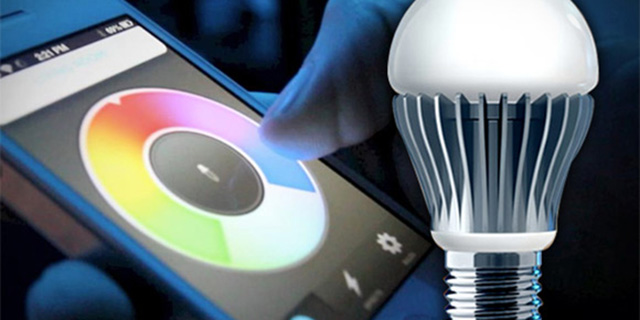 In this year's Consumer Electronics Show (CES), as usual, a lot of novelty gadgets were presented to the public. Some of them are ready to hit the market, while others are in an experimentation phase. Still, one of the hottest niches in CES 2015 was Home Automation – specifically, smart home apps and accessories designed for iPhone.

Apple has taken a big step in this market with the launch of HomeKit, a framework for iOS 8 that allows users to control, even with voice commands, the functionalities of some devices and objects we have at home. For example, home appliances, blinds, air conditioning, smart switches, and so on.

Here are some of the best products presented at CES 2015 that iOS 8 users can utilize to achieve the smart home.

Insteon has used this year's CES to present a new app, specifically designed for iOS, that allows users to control, with a few touches, all home automation functionalities available at a household, from setting the intensity of lights to opening and closing the garage door.

The control, as one might expect, is possible by selecting the corresponding options within the app, by automatic scheduling or by using Siri to perform voice commands. Insteon has also launched Insteon Hub, in order to amplify the remote control to their products as well.

Using Siri to turn appliances on and off

Thanks to wireless switches developed by iHome, it will be possible for users to ask Siri to, for example, turn off the stereo equipment or turn on the webcam, and all of this will be possible if users are not at home. These are switches placed between the wall socket and the product's plug. Even though this is a similar concept to what Belkin had introduced with Wemo, the device developed by iHome is a little more powerful.

The power of these wireless switches can be specially improved if used together with a powerful wireless router like the Almond+ or the Almond 2015 (which is coming out in a couple of weeks), which are perfect routers for home automation. They have very interesting features like ZigBee and Z-Wave support out of the box, work on broad spatial ranges, cloud service and apps for iOS, Android and Windows Phone.

With Incipio Direct Wireless Smart Light Bulb, all light bulbs can become smart light bulbs – even the old ones. Just like the wireless wall switches mentioned above, this smart device is placed between the bulb socket and the bulb itself, making it possible to control any light bulb (using that connection format) with an iPhone.

Do you have any other CES 2015 favorite products? Let us know in the comments.