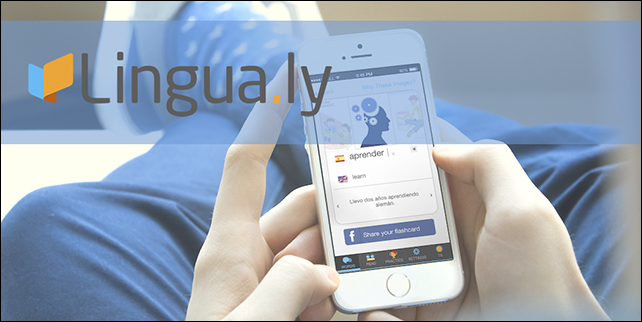 Lingua.ly, the digital language learning platform that utilizes content that users engage with on the web to create personalized learning experiences, is now available on iOS. Earlier this year, the company released its Android app, followed by the launch of its web app.

“The availability of Lingua.ly on iOS confirms our commitment to provide an open and free language learning solution for users around the globe,” said Lingua.ly CEO and cofounder Dr. Jan Ihmels. “The market is growing at a tremendous rate and Lingua.ly will be at the forefront, leading the way in language edtech with a sophisticated technology unlike any other available today.”

This past May, the education startup competed in 1776's Challenge Cup Global Competition, where it made it all the way to the top 8 startups that competed in the Global Finals. While the company didn't win overall in its category (it still took home an award for being the top international education startup in the competition), our readers voted it as the hottest finalist in Challenge Cup competition.

According to the company, they saw more than 100,000 downloads for their Android app in its first month of release – and they hope to see the same (or even more) for their iOS app. That shouldn't be difficult to expect, considering that there are more people operating on iOS. And the language learning industry is huge – there are about 2 billion language learners in the world and that makes up a $125 billion market, according to Ihmels. Lingua.ly hopes to add more languages by this fall.

Visit Lingua.ly or download the app now for iOS or Android.