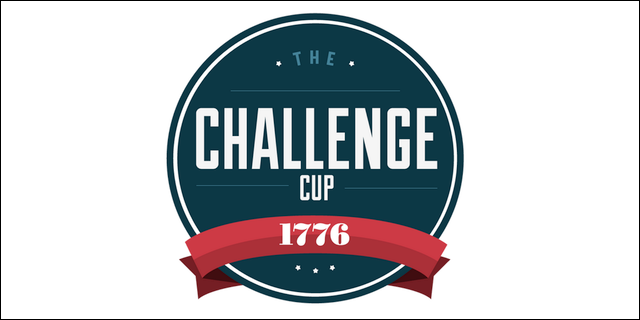 Today, 1776, announced the Challenge Cup, a global startup competition that will culminate in a week-long festival in Washington, DC.

Starting in October, the Challenge Cup will include pitch competitions in 16 cities around the world. Startups will vie to be finalists in the categories of health, education, energy, and city challenges (like transportation or government) – some of the stickiest and most crucial issues facing society today. The Challenge Cup is supported partly by a $180,000 grant from the District of Columbia.

To compete, startups will need recommendations and support from their community. If chosen, they’ll be judged based on short pitches and Q&A at the regional competitions. Each city will crown one winner per issue category, for a grand total of 64 finalists.

Those finalists will be invited to DC for a week-long festival, where one winner will be named the most promising global startup tackling a global challenge. (Yes, there will be prizes.) Besides the finals, that festival will light up the capital with parties, global startup showcases, and special speakers.

On top of this news, 1776 made two other announcements today. The DC-based incubator launched the Startup Federation Initiative, a global network of incubators that will share best practices and mentors, and cohost events. Members of those incubators will have a home at 1776 when they’re passing through DC.

1776 also announced a Global Membership Program: basically, a virtual incubator where entrepreneurs outside DC can sign up for access to online workshops, mentorship, and community.

“We believe there is incredible power in connecting [incubators] into a global federation aimed at cooperatively helping startups all over the world maximize their potential,” said cofounder Donna Harris.