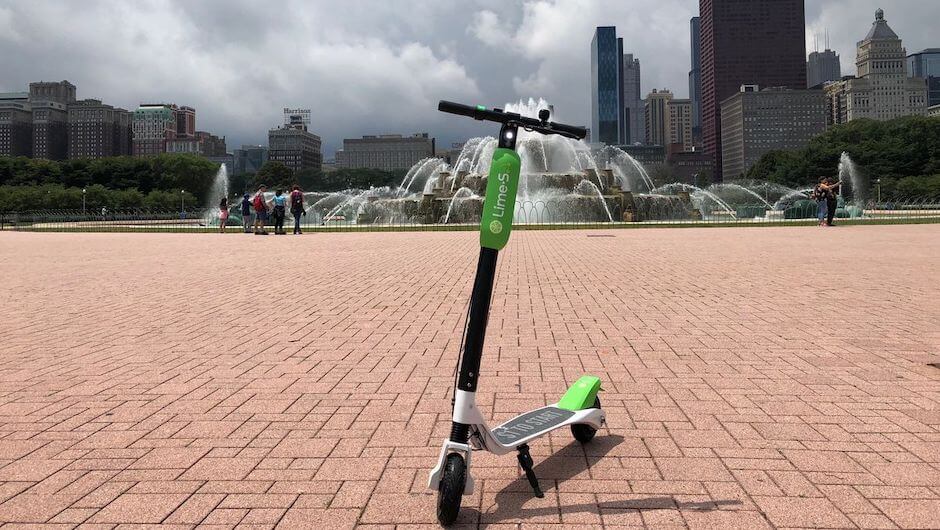 This month, e-scooters finally took to the streets of Chicago, marking another major city to implement the frequently controversial transportation technology.

Fortunately, unlike most other cities, Chicago has decided to take a more regulatory approach to the launch. From inclusivity-first location planning, to a focus on local job creation, the rollout demonstrates how tech policy can be done in a responsible, citizen-focused approach.

We look at Chicago's attempt at introducing the scooter in a more inclusive way, and caught up with Commissioner of the Department of Business Affairs and Consumer Protection, Rosa Escareno.

The Rocky Rise of the E-Scooter

E-scooters have had a tumultuous tenure in the US, with major cities like Austin, Denver, Los Angeles, and many others launching the tech to mixed reviews. Between complaints of high speeds, cluttered walkways, and unequal availability, most citizens find these e-scooters dangerous, tedious, and simply put, a bad idea.

However, Chicago is trying to do things a bit differently. With a long list of strict rules that the 10 e-scooter companies operating within the city limits must obey for fear of being booted from the program, the Second City is attempting to do something almost novel in the tech industry: actually regulate it for once.

“This pilot is designed to test the viability of scooters in a major city like Chicago and to test the company’s ability to meet our strict terms. We will be gathering feedback throughout the pilot from stakeholders and residents to better understand the demand for and impact of scooters in Chicago,” said Rosa Escareno, Commissioner of the Department of Business Affairs and Consumer Protection in a statement to Tech.co.

“Equitable, safe, and responsible manner” admittedly sounds like the same lip service that every tech company gives to new cities they hope to launch in, but it would appear Chicago isn't messing around, and that's a good thing. We'll break down a few of these regulations below in hopes of outlining exactly how tech should be implemented in new cities.

While it might seem like every single person on the planet has access to a smartphone, the reality is that not everyone can afford one, which makes unlocking these e-scooters impossible in most other cities. Fortunately, Chicago has implemented a new initiative that forces e-scooter companies to provide alternative options, specifically that allow for users to simply use SMS texting to unlock available scooters, even offering these users discounts on rides.

This all-inclusive regulation is a huge step in the right direction for equal access to tech innovations. Cash-less stores have seen significant backlash for this reason, as they notably exclude those without compatible devices and those without traditional banking methods, like credit and debit cards. While it may seem insignificant to those of us with smartphones and bank accounts, it can really make a difference for those without.

As with any transportation-related innovation, it's all about location. With a city as congested as Chicago, officials opted to keep e-scooters away from downtown and focused on western neighborhoods for the pilot program. However, that wasn't the only location-related choice they made, as officials have insisted that at least 25% of the 2,500 scooters in the city must be allocated daily to two specific in-need neighborhoods to provide the affordable transportation options where they'll do the most good.

As San Francisco has found with their bike-sharing programs, tech innovation and gentrification go hand-in-hand and without a little regulation, it can be easy for residents of these growing neighborhoods get left behind. With this particular rule, Chicago is making sure that neighborhoods in need aren't being given secondary access in favor of gentrified neighborhoods.

Job Creation for Everyone

Creating jobs is typically a huge selling point for implementing new technology in a new city, but it has a tendency to not always benefit the local population. Chicago is attempting to solve this problem by urging companies to hire from job training placement programs, like Chicago CRED and Skills for Chicagoland’s Future, to ensure the local element remains intact, which Lime has already committed to do.

Hollow gestures are the bedrock of any tech pilot program, which is almost always punctuated by promising to hire a diverse set of local talent that will improve the regional economy. Unfortunately, that's rarely the case, as outside talent is shipped in at a woefully non-diverse rate. Hopefully, this initiative is able to curb that practice in Chicago, and ideally beyond.

When it comes to implementing a new means of transportation in a new city, it's safe to say that a little research doesn't hurt, and a lot of research, even less so. According to the pilot program proposal, the city of Chicago is going to be taking in a lot of information to make sure e-scooters are well-received. From resident surveys to vendor data to regular stakeholder meetings, there will be plenty of information available on how these e-scooters are fairing in Chicago.

For an industry built on data, tech companies are far from generous when it comes to sharing it with city officials. With this regulation, Chicago is poised to fully gauge how citizens of the city feel about e-scooters, how they're using them, where they're using them, and how they can improve their use. And if more companies took up this mantel more consistently, we'd probably have a lot fewer Airbnb lawsuits pending in the courts.

Being Held to a Higher Standard

All these specific rules and regulations are steps towards more harmonious living between tech companies and the cities they launch in. However, there's an underlying concept in the Chicago e-scooter launch that has been relatively foreign when it comes to these kinds of agreements: holding tech companies to a higher standard.

“From the earliest stages in the planning process, we knew that if scooters were coming to Chicago, they were coming on our terms,” Escareno told us. “That means starting with a pilot and no guarantees of a permanent program, testing the scooters in a limited and defined geography and holding companies to the highest standards of safety, equity and technology.”

The prospect of a big tech company launching some kind of innovative technology in your city is exciting. So exciting that, sometimes, city officials are willing to forego regulations, forego rules and restrictions, and forego common sense in hopes of making it happen. Amazon's search for a second headquarters couldn't have embodied this more, with cities offering billions of dollars in tax cuts, incredibly generous perk packages, and even city-naming rights (looking at you, Georgia) in hopes of landing the tech giant in their backyard.

But at what cost? Not only are these cities subjecting themselves to the whim of the tech industry, but they're damning its success right from the start. As much as “regulation” is considered a bad word in the business world, keeping technology in check with reasonable rules for deployment and execution, like the ones in Chicago's e-scooter launch, is good for everyone except the tech industry's bottom line. And, unfortunately, that's the problem.