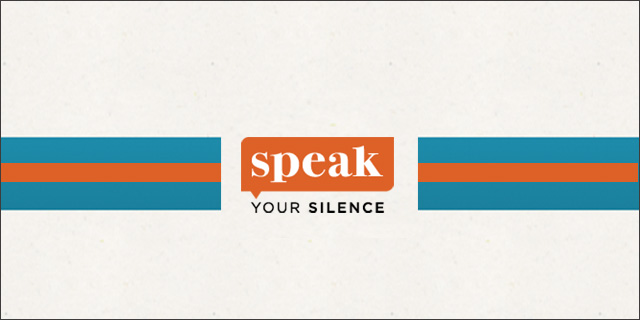 Their platform, Outspoken, lets supporters raise money to fight it and to rally others to public support with marathons or events. Proceeds fund a free counseling program for victims of sexual abuse.

Below, CEO Matt Pipkin tell us more about his mission.

Tech Cocktail: Give us a brief description of Speak Your Silence.

Matt Pipkin: Speak Your Silence is a 501(c)3 nonprofit that works to strip child sexual abuse of its stigma: awkward, dark, and depressing. I want to make child sexual abuse a cause people can rally around while changing countless lives in the process.

Tech Cocktail: What has been the most rewarding part about starting Speak Your Silence?

Pipkin: From an entrepreneurial view, I have enjoyed putting all of it together. I began completely clueless, but after three years of work, I officially launched the nonprofit and Outspoken. A lot has changed since Speak Your Silence began, and we will continually strive to accomplish our mission of conquering the stigma of child sexual abuse by sparking conversation.

On the nonprofit side, being able to affect positive change in people's lives is amazing. I met a young woman who decided to keep quiet about her own story. Then, in November, I got a call from her, and she told me that she had decided to use the Outspoken platform to tell her story publicly. After she told her story, she was approached by 15 other individuals who offered her their personal stories. If that is the result of just one person sharing, imagine the exponential growth if the entire community rallied around the cause.

Tech Cocktail: Who are some of your main competitors?

Pipkin: First off, it should be known that while we do compete in our space, we are all in the same fight together.

Darkness to Light focuses exclusively on the prevention of child sexual abuse through formal training for adults.

RAINN focuses primarily on domestic violence and sexual assault, but they also cover sexual abuse and offer a 24-hour hotline.

Currently, we are the only organization with an online fundraising platform and free one-on-one counseling.

Tech Cocktail: What do you hope for in the future?

Pipkin: We will achieve our mission. If you look at how breast cancer was publicly viewed not too long ago, you can see it was cast in a similar light. We want to go from a taboo topic to a major cause.