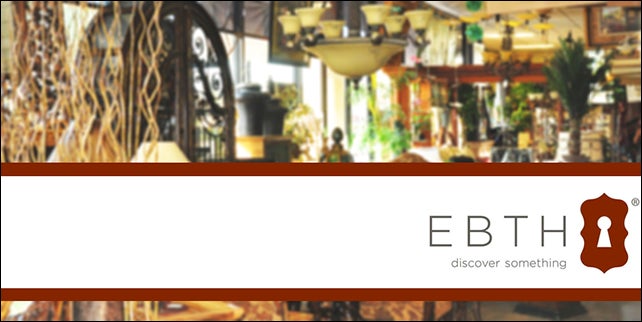 Just last month, the Cincinnati, OH-based startup Everything But The House announced that it had raised $13 million in Series A funding from Spark Capital and Greycroft Partners. It was a significant achievement for the company, which was founded in 2006 but had only ever received two previous undisclosed amounts of angel funding. More significantly, though, the funding – the second largest Series A round in Cincinnati's history – put a spotlight on the overall Cincinnati startup scene, which has grown rapidly in recent years.

Everything But The House (EBTH) is a full-service online personal property and estate sale provider that attempts to solve the issues plagued by traditional methods of downsizing and associated estate sales. “Traditional estate sales can be terribly inefficient and inconvenient,” said EBTH president and CEO Andy Nielsen. “They are typically held on one day at one specific time and buyers have to physically be present to purchase items. The amount of buyers pales in comparison to the exposure of being online.” EBTH attempts to solve these issues by providing users with a modern-day, digital solution: an online marketplace where people from all over the world can place bids on items sold through the company's auction website.

Everything But The House offers an online auction site where consumers can bid on items that would otherwise be sold through traditional estate sales.

While the company was founded eight years ago, it wasn't until the past two or three years that things really started to pick up for Everything But The House. Founded initially by Brian Graves and Jacquie Denny, the company came out of a passion for antiques and a desire to change the way consumers discover and buy those goods. Just last year, the company expanded into its second market – Lexington, KY – which was soon followed by Louisville, KY. Currently, EBTH is in six different cities, with plans to move into eight other cities within the first few months of 2015 (thanks, in large part, to its new financing).

“Over the past couple of years, we have focused on recruiting great talent, further powering our back-end technology, and have become much smarter about how we acquire new sellers and buyers.”

According to Nielsen, the past couple of years have really been influential towards their rapid growth. The company focused its efforts on investing in finding the right talent to improve upon their technology – and it's all enabled them to increase EBTH's capacity, scaling the company to where it is now. But while a lot can certainly be attributed to the company's refocused efforts, they can't discount the overall influence of the Cincinnati startup ecosystem on the company's growth; indeed, the effect of Cincinnati's startup ecosystem is not lost on Nielsen:

“By having access to the resources in Cincinnati, we’ve been able to recruit top talent and attract two top-tier venture capital partners to help support our future growth. We are proud to call Cincinnati home.”

At a previous Tech Cocktail event, David Knox acknowledged Cincinnati's recent major developments that have allowed it to accelerate its startup ecosystem. The cofounder of top-ranked, Cincinnati-based, seed-stage startup accelerator The Brandery, Knox certainly holds authority on what's happening in the city's tech sector. While Knox asserted in that previous interview that his city's startup ecosystem is still in its nascency, it's undoubtably growing at a rapid pace. With the rise of seed-stage investors like CincyTech and organizations like Cintrifuse which focus on spurring growth in the tech sector, the Cincinatti startup ecosystem is rapidly garnering attention from the rest of the country.

This past summer, Cincinnati got a major boost in recognition during Steve Case's first Rise of the Rest Road Trip. The city was one of the stops on Case's tour, which focused on highlighting some of the country's under-recognized startup ecosystems. More recently, Cincinnati has been touted as a candidate for the next Silicon Valley.

Everything But The House's Series A funding (especially from out-of-town investors Spark Capital and Greycroft Partners) provides major validation for Cincinnati's developing tech startup ecosystem. Not only does it expose the city to wider attention from other potential investors, but it provides the region with additional incentive to continue developing programs and resources to support the sector.

Learn more about Everything But The House.