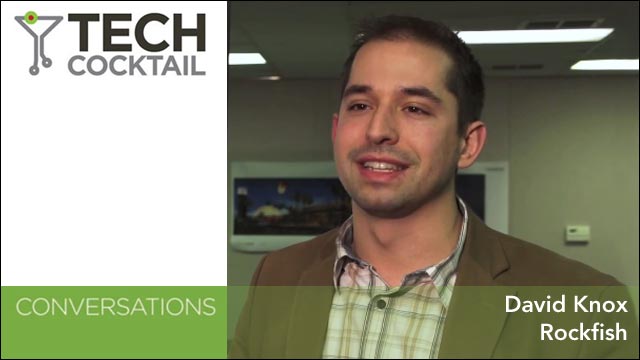 Sure, the Cincinnati startup scene has seen some major developments in recent years, but it's still waiting for its big break – that moment that will let the rest of the world know about the sweet things going down in Cincy.

For David Knox, Cincinnati faces three challenges that are keeping it from becoming the next premier startup scene. Aside from being the Chief Marketing Officer at Rockfish, a digital agency, Knox is also the co-founder of The Brandery, a top-ranked accelerator based in the Ohio city.

Much like the rest of the U.S., Cincinnati was hard-hit by the collapse of the dot-com bubble, leading to a period of stagnation for their tech industry. It really wasn't until around 2009-2010 that startups started showing up again with the help of The Brandery and CincyTech. Since then, the startup community in Cincinnati has really picked up, but it's got some ways to go.

According to Knox, the Cincinnati startup scene is still relatively young, so it faces challenges that many nascent ecosystems are facing. Firstly, it's trying to build a startup community rather than a community of individual startups (the distinction becomes clearer when you watch the video). Secondly, there is the issue of capital, which the city is trying to tackle with organizations like Cintrifuse. And, thirdly, they still haven't found that one great startup – the one that makes a huge exit and creates a second wave of entrepreneurs for Cincinnati.

Watch what else Knox has to say about the Cincinnati startup scene. See it here.