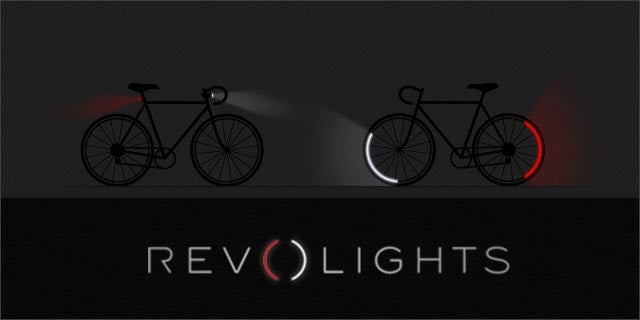 Kent Frankovich was riding his bike home from Stanford when he started really thinking about bike lights. Specifically, why are most lights all the way up on the handlebars instead of closer to the ground?

Now, two years and a $215,000 Kickstarter campaign later, Frankovich and cofounder Adam Pettler have created a different option: Revolights. The $250 LED lights work for road bikes and hybrids (not mountain bikes), with the help of a few small parts that take about 45 minutes to install: 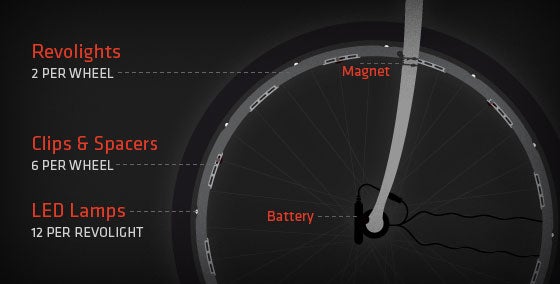 The lights are designed to combine front and side illumination. According to Revolights, 70 percent of night collisions are caused by inadequate side lights. Lighting up your wheels also has some indirect benefits.

“The lights appear as two unique arcs that not only outline the true front and back of the cycle, but also provide directionality of the cyclist, as well as a unique ‘I am a bike' identifier,” explains Pettler.

The white and red lights mimic the colors of car lights, with the red illuminating when you break. And it also happens to look darn cool. “We focus on design, because we believe design can change the world,” says Pettler.

Frankovich and Pettler were working in medical devices and biotechnology when their Kickstarter campaign closed. A little idea that Frankovich had while riding a bike was now a reality, so they quit their jobs and shipped off 900 units to backers in 37 different countries.

Now, they're still selling. As their Kickstarter title reads, “Join the revolution.”

Revolights was a showcased startup at our Tech Cocktail San Francisco mixer.