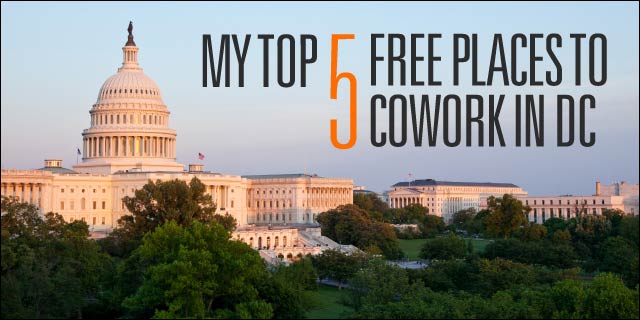 A recently released survey on the state of the freelance economy in the United States revealed that there are now currently 54 million freelance workers in the country – that number accounts for a pretty staggering 34 percent of the overall American workforce. That's a pretty sizable increase since 2006, when the U.S. Government Accountability Office estimated that 42 million Americans worked as freelancers. While it should be noted that the recent survey was produced in joint effort by the Freelancers Union and Elance-oDesk, the study highlights a portion of the working economy that hasn't historically been tracked in ways akin to traditional jobs.

In the DC area, there's certainly a growing freelance economy, with more and more people leaving traditional careers and pursuing work as independent contractors or freelance business owners. From government consulting to web design, I've encountered people from all kinds of industries pursuing the freelance life. Various local Meetup groups have even popped up to support freelancers and provide them with the resources and the community to connect and even work alongside each other.

While I'm no longer located in DC, I definitely have a few spots in mind when it comes to coworking. Keep in mind that while the places listed are technically free, it would be pretty rude and #basic to sit in a cafe and not order anything. Anyway, here a list of my top 5 free places to cowork in DC (in no particular ranking order): 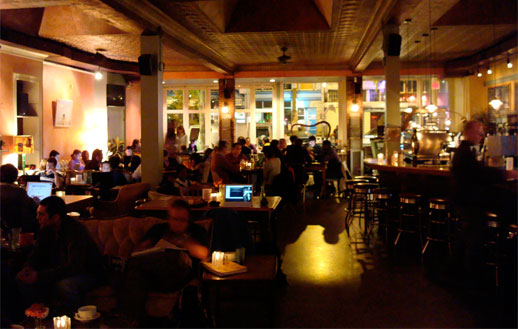 The inside of Tryst (via RenewHempstead).

Located next to the infamous Madam's Organ, in D.C.'s Adams Morgan neighborhood, Tryst is an amalgamation of coffeehouse, bar, cafe, and lounge. The inside decor is reminiscent of early-1900s meets Alice in Wonderland, the couches and armchairs are comfy, and the lighting is warm and comforting; actually, there's a chance that you might pass out due to how comfortable things can get in there. You can always find other people doing work from here. Plus, their food is good (I always order the Washington Carver – this chocolate and peanut butter frozen drink that is just…icahnt even). The only downside here is their weird wi-fi schedule, which is off after 5PM on the weekends and isn't on during working hours on weekdays (or something weird like that). Pro tip, though: find out the wi-fi password to Madam's Organ and you're set (I won't publish it here, lest I screw it up for everyone else who currently knows it). 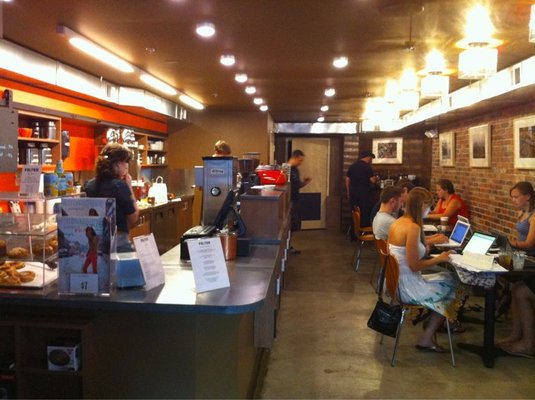 Inside Filter's Dupont location (via Yelp).

A really fantastic coffeehouse and espresso bar where they serve some delicious pour-over coffees. There are two locations – one north of Dupont Circle and another further downtown near Farragut Square – but I prefer the one near Dupont. It's a pretty small coffeshop, and sometimes you'll have to share a two-seat table with a stranger, but that's part of the reason why I love this place. I've never had any issues with the wi-fi, and the people who work here and frequent this place have all been really chill. 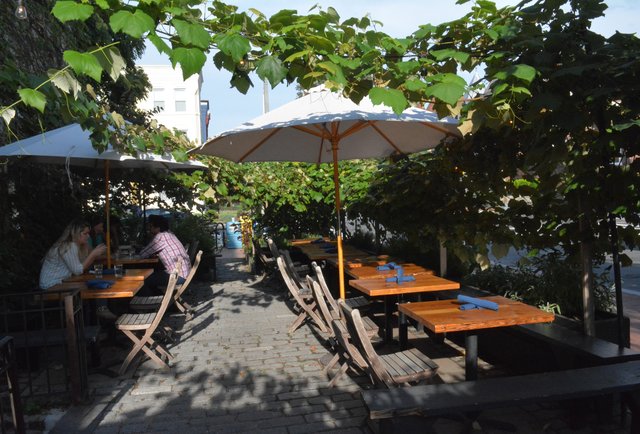 Big Bear Cafe has a really nice outdoor patio where you can sit and do your work (via Thrillist).

Located a little further away from the previous two on this list, Big Bear Cafe is located in an ivy-covered white building in Bloomingdale. There's indoor and outdoor seating, and it's open until 11PM or midnight depending on whether it's a weekday or the weekend. The environment is welcoming and the waitstaff is great. I've also never had any issues with wi-fi. Overall, just a pretty great environment to sit, engage in casual chats with people working around you, and get your own work done. 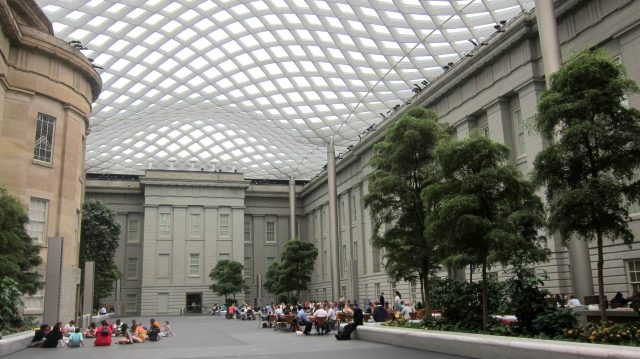 Inside Kogod Courtyard (via Wikimedia Commons).

Absolutely stunning location. It's located at the Reynolds Center for American Art and Portraiture (the same building that houses the Smithsonian's National Portrait Gallery and it's American Art Museum). The space is free to use during the day (unless they've got an event scheduled) for you to work out of, and there's free wi-fi available. If you get hungry, you can grab food from the Courtyard Cafe, and if you need a break from work, you can simply walk around the museums and look at all the beautiful art and stuff. It can get a little loud sometimes (because tourists), but despite that, it's still a pretty great place to work. 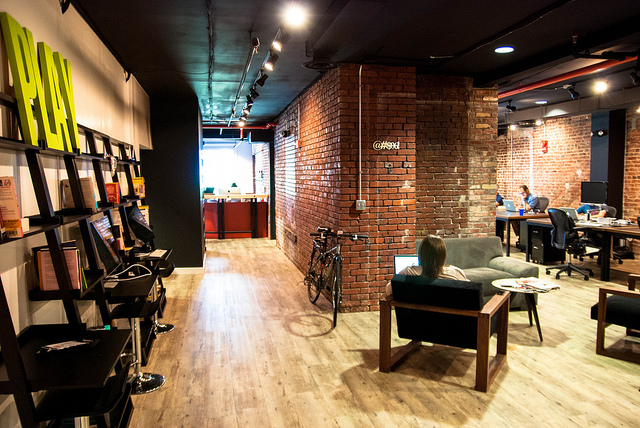 I know, I know – this list is supposed to be about free places to cowork in DC, but Canvas is probably one of my favorite (paid) coworking spaces in the area. And, they're also one of the few that offers a daily rate ($30/day) so you can hop in on random days (your splurge days, I guess). The layout and design of the space is great – not as flatly open as other coworking spaces in the area, there are hallways and turns and rooms and surprises at every corner. It's also replete with red brick and wood panels that makes the space seem like a SoHo loft in the center of DC. The regular members of the space are really chill and they're willing to offer help if/when you reach out.