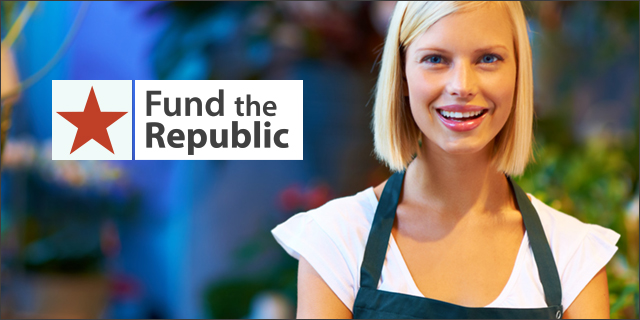 Crowdfunding should not be new to anyone. With growth expected to reach $5.1 billion raised in this year alone (representing an incredible 89 percent increase in dollars raised from 2012), the crowdfunding industry is certainly one on which you've kept your eye. Besides sites like Kickstarter and Indiegogo, however, numerous crowdfunding niches are really taking off, ranging from areas like Edtech to book publishing. Among them: Fund the Republic, a crowdfunding platform aimed at America's Main Street businesses.

Fund the Republic is an investment crowdfunding platform that is focused on helping established small businesses raise capital, gain market insight, enhance customer engagement, and ultimately grow their business. Through Fund the Republic, ordinary people are given a way to play an active and engaging role in supporting local businesses through their individual investments.

“We're in a very niche space in the crowdfunding industry, but it's a space that we're dedicated to,” says Charles Rand, co-founder of Fund the Republic.

According to Rand, following the economic collapse of 2008, banks become much more conservative in their lending to small businesses. Not that small business owners are enthralled to engage with banks in the first place: “Most of them don't have good relationships with their banks, and most don't even want to go through the whole loan process.”

This is where Fund the Republic comes into play; the platform offers established small businesses an alternative tool in funding that allows them to engage with people they interact with on a normal basis (and on more pleasant terms): their customers. Through Fund the Republic, local businesses are given the opportunity to acquire capital directly from their customer base at a lower cost than it would to take on a commercial loan. Want to set up a second location in another part of the city? Why not reach out to the people who already support you to help you make that happen?

“Nobody is doing debt-based crowdfunding for small businesses. So, while we don't know whether the citizen crowd will be large enough to fill the [funding] demand from small businesses, small business councils are really excited about the possibilities.”

If and when a small business decides that they want to get involved in the crowdfunding space, Fund the Republic offers them a thorough walkthrough on how to create a successful campaign. What is it that they're raising money for? How much are they trying to raise? What images or videos can you incorporate into your campaign page? From there, the platform helps businesses decide on which form of crowdfunding they hope to engage in and helps them make sure that their campaigns are optimized for the form they choose.

Fund the Republic isn't just for any small business, though. After doing some research, the company discovered that small businesses often have capital needs that require tens of thousands of dollars, so they made the platform for established businesses looking for $10,000 to $100,000 in capital funding. There's a key word here: established. In order for a business to actually create a crowdfunding campaign on Fund the Republic, it must have demonstrated profitability for at least two years and have a customer list (after all, they are the ones who will get on Fund the Republic to support your campaign).

If you're interested, check out Fund the Republic. The company was most recently featured at Tech Cocktail's DC Startup Showcase & Mixer.