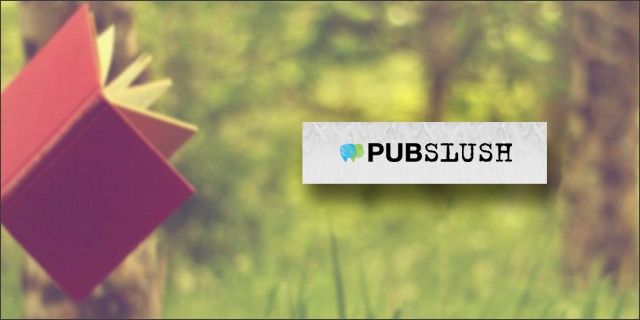 “It doesn't matter how good or bad the product is, the fact is that people don't read anymore,” said the late Steve Jobs, in 2008, referring to Amazon's Kindle.

In late 2008, New York Magazine published a lengthy article on the state of the publishing industry. Portentously titled “The End,” the article covers the same concerns that the industry is dealing with today, amidst a waning generation of print, mainly: how do they (the publishers) survive? If you ask Amanda Barbara, VP of Pubslush, publishers (and the books they produce) will survive if they're able to change alongside trending technologies.

Pubslush adopts the global crowdfunding model (like Kickstarter and Indiegogo) and applies it to a platform solely for books. Through the Pubslush platform, authors can raise funds and gain a better understanding of their audience; readers pledge their financial support for books, as well as provide commentary for the authors. On a more fundamental level, the site serves as a starting point for aspiring authors, providing them with a resource and network to navigate the various routes of book publishing.

“The publishers are still stuck in their [traditional] ways and not adopting new technologies,” says Barbara.

Real-world events that have occurred since 2008 certainly do nothing to weaken the argument for a receding publishing industry. From the 2011 shutdown of Borders Group to the more recent July merger between Penguin and Random House, it definitely seems like publishers and booksellers are struggling to make it in an increasingly digital environment. Despite figures showing that 60 percent of all book sales – print and digital – occur online, Barbara asserts that we don't have to be afraid of losing books and the bookstores that carry them. “We don't have to fear that books will go away, but we have to make sure that publishers are progressive.”

According to Barbara, publishers need to accept that things are changing; they need to adapt to changes in order to ensure that business continues to operate. She notes, for instance, the initial reluctance of the industry to accept the rise of e-books, and similarly, its current hesitation to fully accept the rise in self-publishing.

But whether it's self-publishing or traditional publishing, producing a book remains a difficulty for most authors. The cost of entry into this market is high, which is why Pubslush is focused on educating authors about the value of crowdfunding and how to tailor the right campaign. While the publishing industry is slow to adapt, Barbara asserts that authors shouldn't be. The company is currently making huge efforts to educate authors and to author coaches on crowdfunding books, with Barbara herself speaking at seven upcoming conferences.