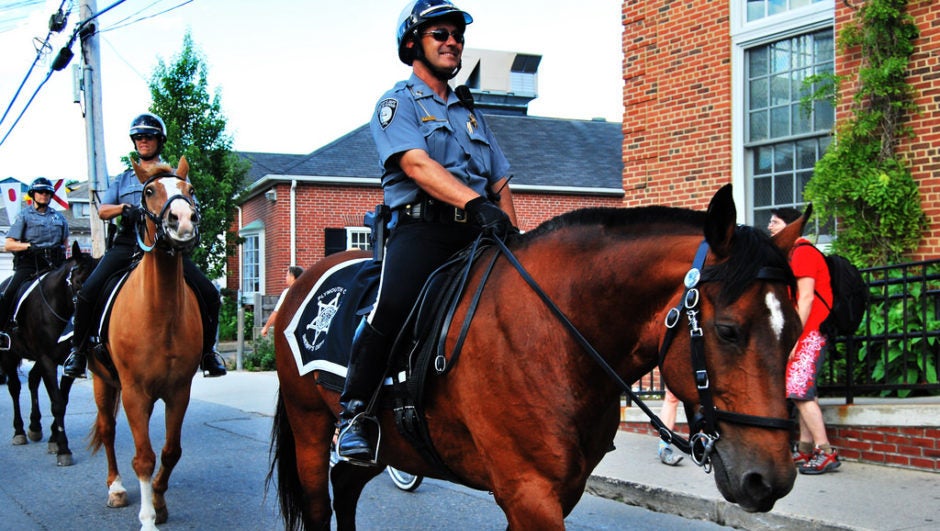 Technology is often used for a lot of trivial reasons. Whether its turning cardboard boxes into DJ tables with touch sensors or giving your cat the ability to take a selfie, innovation doesn't always mean social progress. But sometimes, an app comes along that seems like it can do real good for the world. And if it helps you take down a few bad guys in the process, who's to say tech contributing to society?

CrowdOptic‘s Field App is one of those apps. It enables a team of agents in the field to triangulate on a point of interest and broadcast its GPS location to a command center with live video verification. Each device running CrowdOptic software connects to CrowdOptic servers in the cloud and streams GPS location, compass and live video to police officers, firemen, and other emergency response units.

CrowdOptic's Field App is the business-to-consumer version of its high-tech military technology, which enables ordinary citizens to wield crime-fighting power by policing their neighborhoods with AR. Now, you can contribute to emergency efforts by letting law enforcement know where a problem is going down and giving live video verification in the click of a button.

“FieldApp is the next major step in AR's evolution that lets ordinary citizen contribute to police, fire departments and Department of Defense efforts to tamp down on crime and respond more quickly to incident response,” said Jordan French, an early investor in CrowdOptic.

This could be the technology the world has been waiting for to bridge the gap between citizens and law enforcement. With the growing tensions between the two, CrowdOptic's Field App could remind people that everyone is on the same team. And because they're giving the team equipment to everyone, everyday people might begin to take up the mantel of law-assisting citizens.